Maker, a cryptocurrency that is considered as one of the most suitable for swing trading because of its price action that is reminiscent of waves on the storming ocean, has apparently entered a period of calm after a deep dive that the market took in the middle of March. 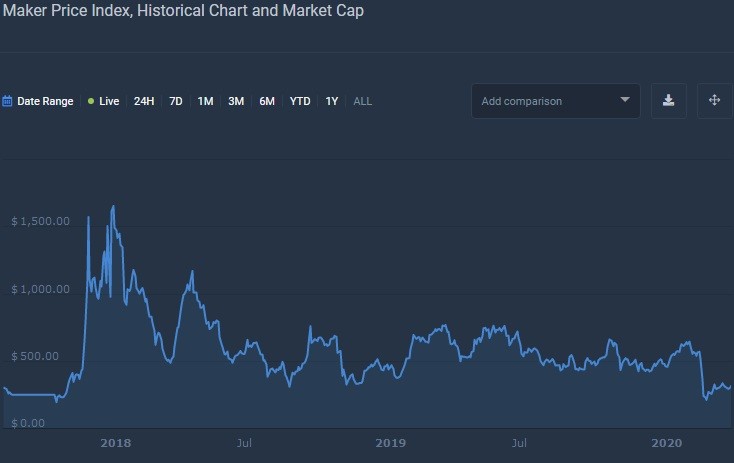 Considering that MKR lost 49% of its value in the last twelve months, its 18% price increase over the previous month is a weak consolation for traders and investors who failed to read the market properly at the tail end of February, when it had begun to transform its structure from that of the minor uptrend to a total rock avalanche that stopped only at $166.

Maker is in the tight spot

In fact, that crash was so devastating for Maker that it made the price fall through the established structure of a macro downtrend that had been developing since January 2019. 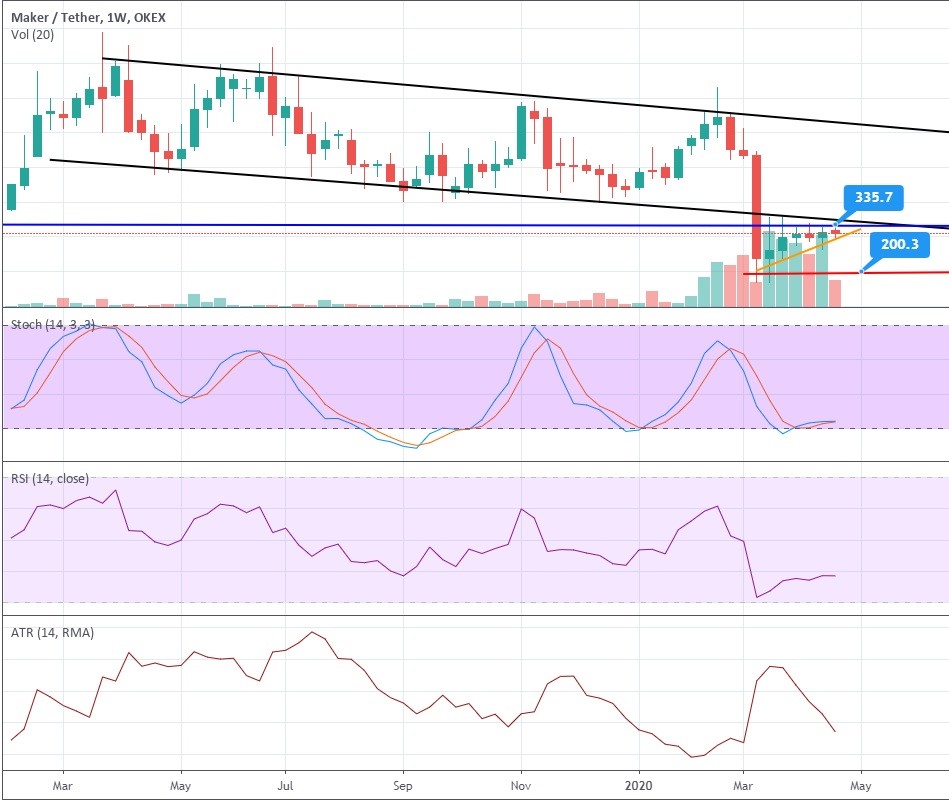 There is no need to go at length about the path that the coin made after it had bounced off the local bottom. The only peculiar thing about it is the presence of the uncharacteristically large buying volume that followed the panic sell, which exceeded the previous selling one almost by two-fold.

However, the corresponding candlestick chart reveals the underlying strength that the bears have in this market, as even such an impressive volume didn’t provide enough vigor for the bulls to crack the long-lasting resistance at $335, even though they began testing it from the first days that followed the meltdown.

Right now, Maker is in quite a pickle as it is approaching the edge of the ascending triangle that must be resolved in the next two weeks. Given how little MKR achieved while being supported by a huge bullish volume, it would require intervention by a group of whales to push its price up and inside the descending triangle, where the coin would once again find itself in the context of the downtrend.

To make matters worse for the optimistic Maker holders and traders, who got themselves trapped in this market, the Stochastic oscillator is about to perform a bearish crossover and end up below 20 again. The RSI has also been lying flat for weeks, while the Average True Range indicator is on the decline, which means that traders shouldn’t expect a bursting price action on the part of Maker in the coming weeks.

The highest probability is that MKR would be unable to penetrate the mentioned resistance at $335 fully, and would either continue to consolidate around that area or begin a gradual descent since the bulls will soon exhaust their strength. Traders shouldn’t rule out the possibility of Maker moving back to $200 in case the entire market falters after the month-long period of growth that was based purely on optimism.

The situation in the MKR/BTC market isn’t much better, although scalpers could find it suitable for their style of trading. 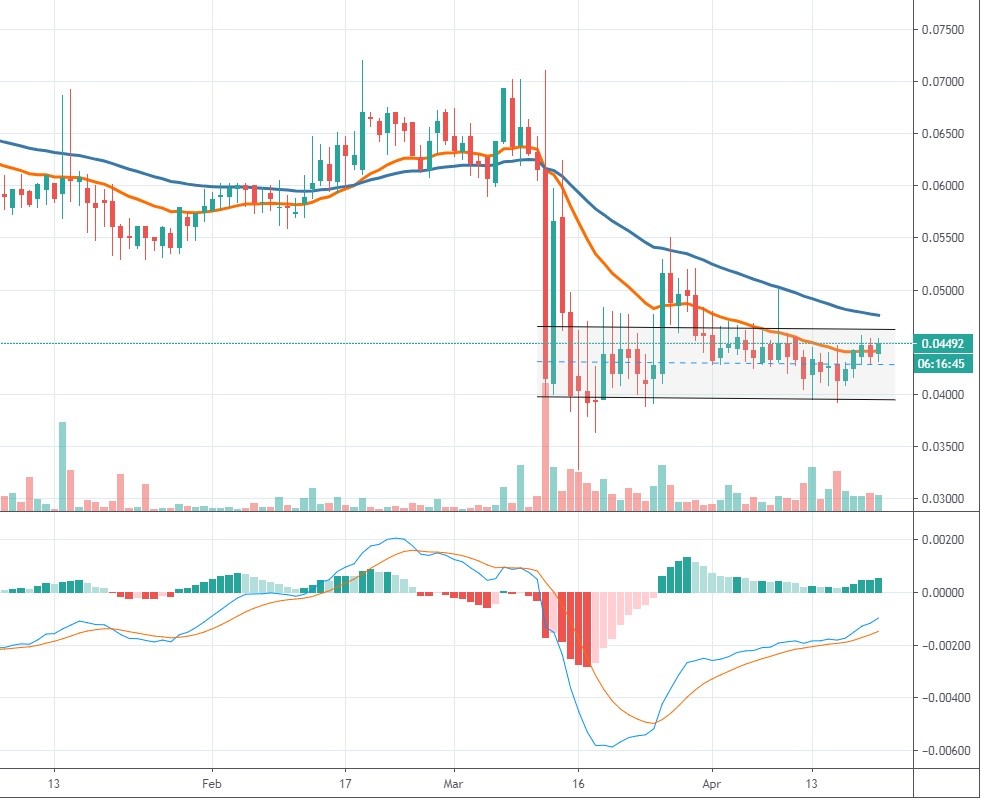 Upon the infamous crash, the price action got stuck in the range between 3,9 million satoshis and 4,6 million sats, continually hitting the 21-period EMA and being rejected. The trading volume is mixed and not particularly significant. MACD has been bullish for quite a while, but it’s still too far from the equator at zero, so this market is still bearish.

To summarize, Maker presents no interest for swing traders at this point due to its weak price action, but scalpers may use the existing situation to their advantage.