Loopring (LRC) is one of the altcoins that is currently having a nice streak of bullish price action that is gradually taking the shape of an uptrend which couldn’t happen at a better time since the coin has been lying virtually motionless since November 2018, when the price had finished sliding to the bottom and to the all-time low at $0,0198 that was reached in December 2019. 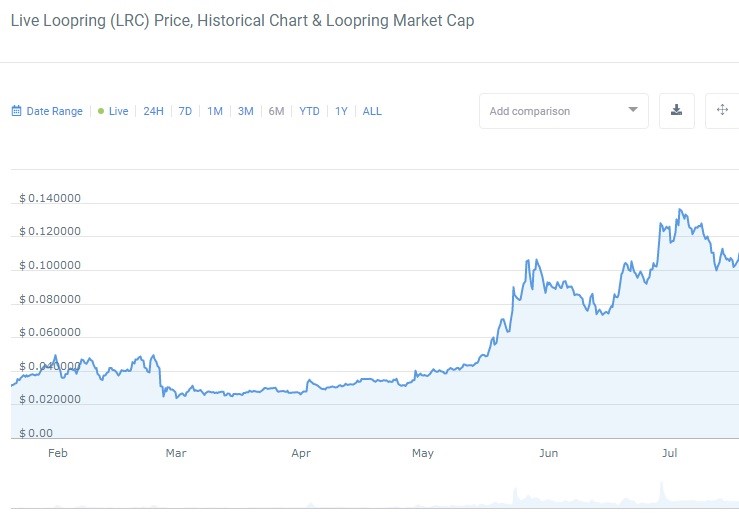 The rise of Loopring is associated mostly with the heightened expectation of Ethereum and the by-products of this ecosystem, as the LRC team is known for having created an open protocol for decentralized exchanges on Ethereum blockchain.

In any case, the 73rd altcoin had already proven its resilience during the recent market crisis when it managed to stay above the all-time low as the rest of the market had taken a nosedive. Ever since the beginning of April, LRC has been on a steady rise, although the historical high at $2.51 remains 96% away from the coin’s current value of $0.1 that has formed as the result of the 33.35% bull rally which took place over the past 30 days. Last year’s gains of Loopring stood at 149% - this bullish performance allowed to bring the all-time ROI back into the positive 117%.

The chart above demonstrates that Loopring has been developing a healthy uptrend since the tail end of April, characterized by the price action that is sufficient for swing trading. The rule of thumb in a situation like that is to make sure to flow with the trend - trend is your friend, as they say - and refrain from employing risky tactics that involve trading against the market.

The clear-cut uptrend is likely to carry forward

The analysis of the LRC price action on the weekly time frame reveals an explosive rise that, nevertheless, stays within the borders of an accurate ascending channel whose resistance and support lines must serve as guiding landmarks for the trading strategy over the next three to four weeks. 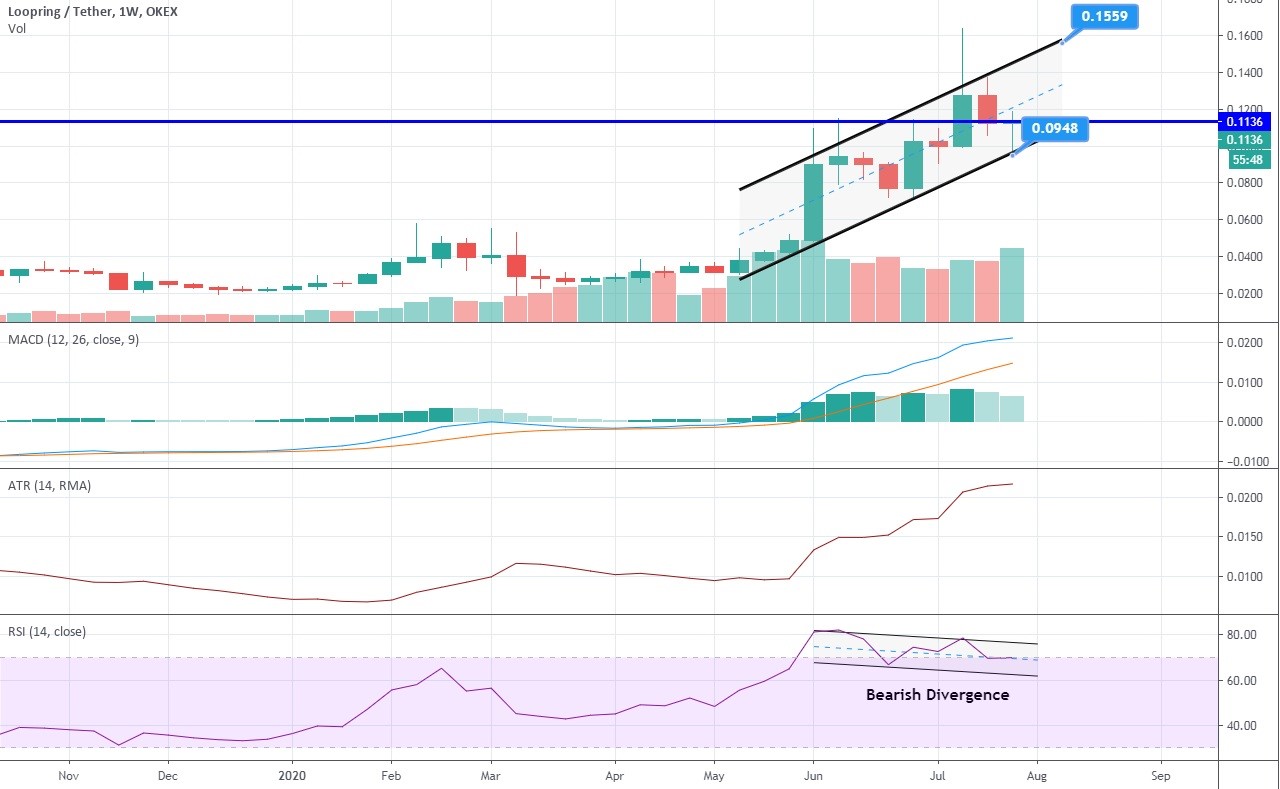 Over the course of this week, the bears and the bulls have been battling near the resistance level at $0.113 that serves as a magnetic point since last September. The price has predictably received support at $0.0948, but we could see another week of bearish price action, and another test of support, most likely at $0.10 - $0.11, upon which LRC should make another upswing with the ultimate price target for that move being set at $0.153 - $0.155. This level will constitute the next higher high.

Having taken all these factors into account, we predict that Loopring will stay true to the uptrend and add another 30% to its USDT value over the next three to five weeks.