At first sight, Loopring (LRC) gives the impression of a cryptocurrency that can hardly kindle the interest of an ordinary retail trader. The coin is dangling at the bottom of the top 100 with an unimpressive market capitalization of $51 million. Its fundamental value is limited due to the fact that Loopring represents an open protocol built solely for non-custodial cryptocurrency exchanges that operate on the Ethereum blockchain. Although technologically, this solution seems to be efficient, it is designed for a narrow niche; thus, its potential for substantial price growth is limited. 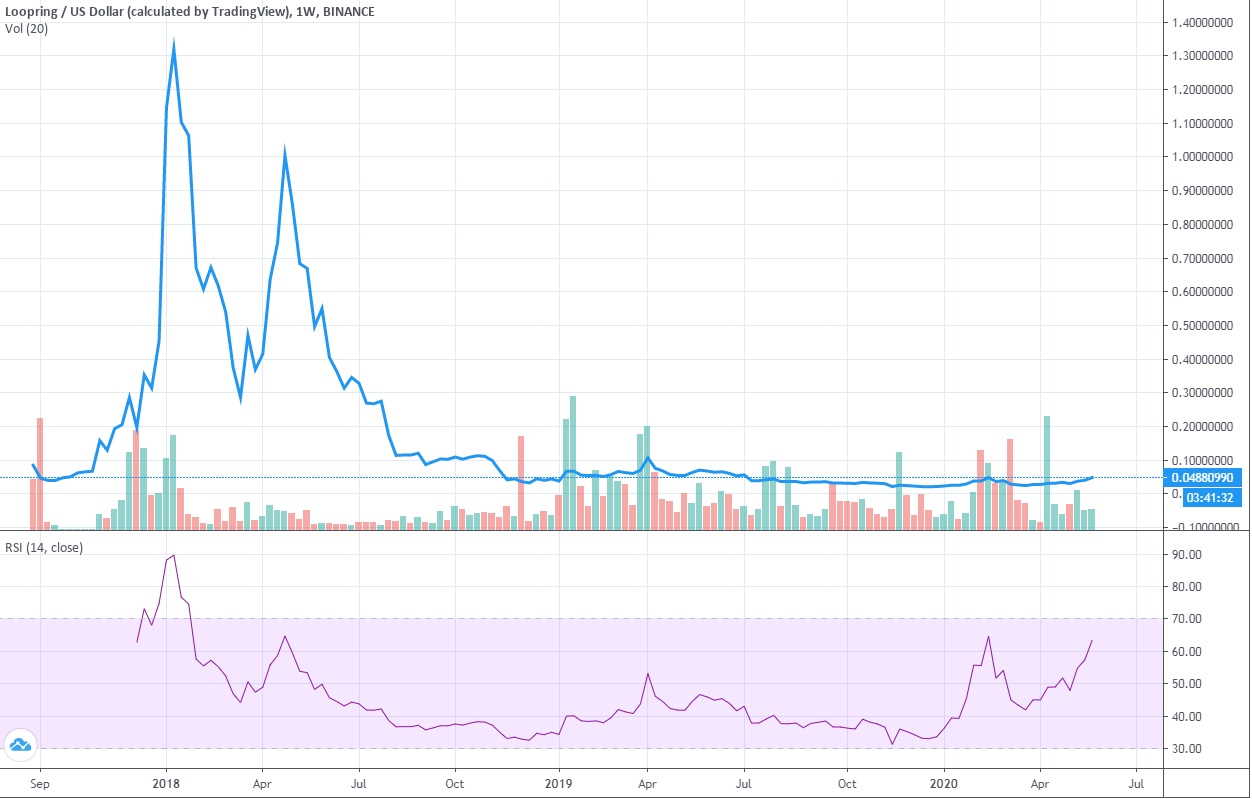 Being a relatively old cryptocurrency, LRC emerged in the middle of 2017, Loopring had had its prime time during the frenzied bull market of 2017/2018, when it reached the maximum value of $1.66. After a steep correction decimated its value that fell to mere cents, LRC has been meek as a lamb on the macro level, with its all-time ROI reaching the negative 20%. Therefore, we wouldn’t recommend Loopring for long-term investment and trading, but once we take a look at a smaller time frame, the price action will reveal that LRC offers plenty of short-term trading opportunities.

Loopring has recovered quite well from the March market crash, especially for a coin that is ranked 99th and has a modest market capitalization. The price had spent nearly six weeks consolidating between $0.025 and $0.0035, having made one futile attempt at breaking the resistance, which was crushed by the bears who neglected the towering buying volume.

Nevertheless, Loopring took a breather and showcased a sizable upside impulse that took the price all the way to the key resistance at $0.048. During the previous cycle, that was exactly the level where LRC had formed the double top pattern that has almost immediately converted to a massive price dump. 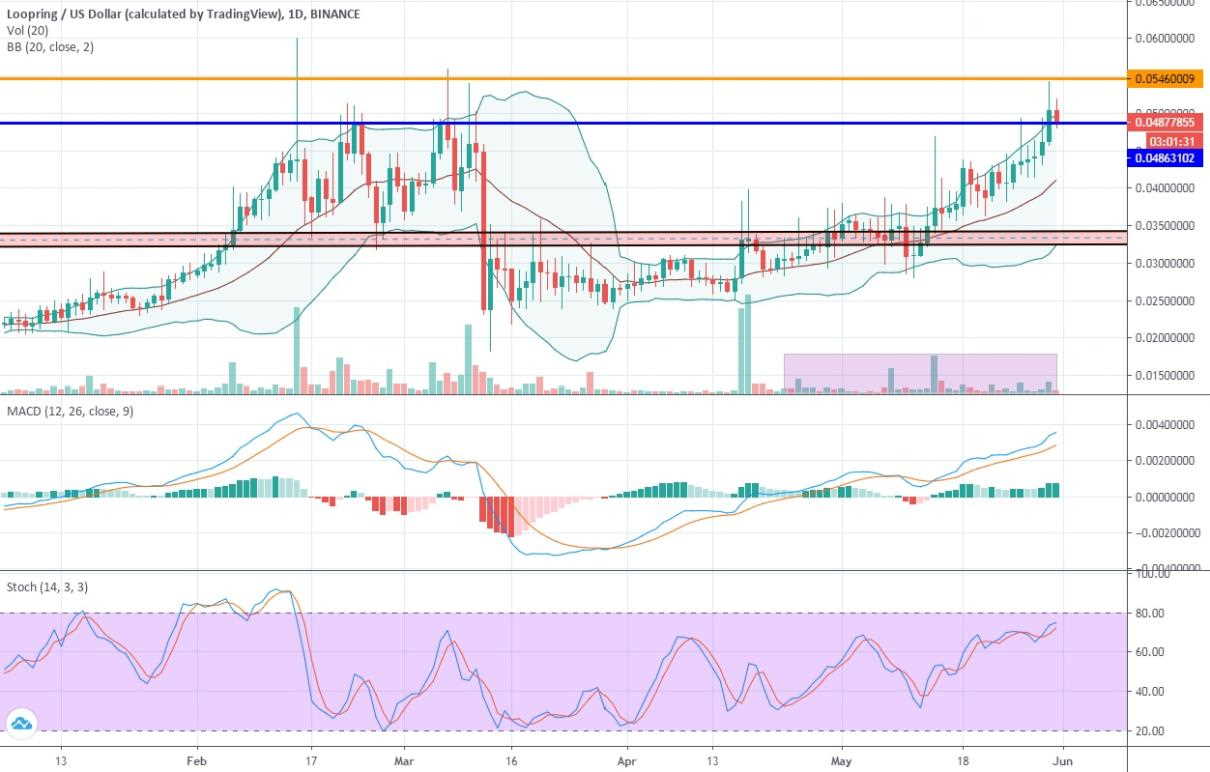 At this particular moment, Loopring goes through a phase of traders’ remorse, depicted by the last red candle that tests the resistance-turned-support at $0.0048. The rule of thumb for traders’ remorse is to consider the trading volume that emerges during that period. As of now, it appears to be significantly lower than that from the previous day, so it is highly likely that the market participants have agreed that the price would remain at above $0.0048 for the time being.

However, by getting above the first crucial resistance, Loopring got itself in a pickle as it is now tightly squeezed between two firm resistance levels, the emergence of which date back to January 2019. If the bullish charge gets rejected at $0.054, it could either go into a long consolidation, which still leaves a chance for the continuation of the bullish price action or experience a massive pullback to the middle line of Bollinger Bands - at that time, the line should run at $0.0045 - or crash all the way to $0.0034, which is the area of intense price interaction.

But there are more prerequisites for the upside price action as the trading volume has been prevailingly bullish with the tendency to increase. Both MACD and Stochastic are also bullish as they are decisively moving northward. To summarize, we predict that LRC will conquer the resistance at $0.054, but then there would be a prolonged consolidation.