Loopring (LRC) belongs to the group of DeFi sensations that became the driving power of the ongoing altseason, the very possibility of which had long been ridiculed by almost everyone in the crypto community, especially after the notorious market meltdown in March. But the crisis presented Loopring with an opportunity to push off from the interim bottom that was close to the all-time low at $0.019 (on March 13, LRC dropped to $0.2) and ride the DeFi wave to $0.297 in a staggering example of the 500+% gains in a span of 190 days, which pulled LRC out of the state of hibernation that lingered for almost two years since it reached the bottom in the aftermath of the bear market of 2017-2018. 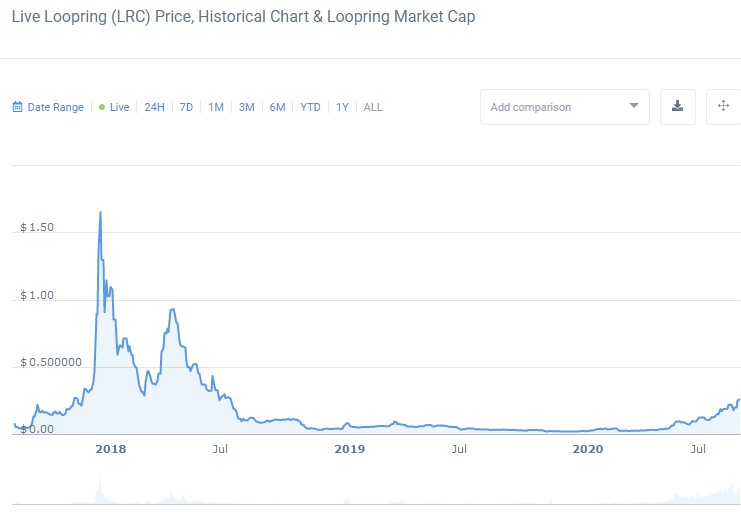 The bears are hugging LRC tighter

The token that serves the non-custodial exchanges built on the foundation of the Ethereum blockchain has had a significant liftoff thanks to the booming sector of decentralized finance, though this progress remains modest on the macro scale where LRC is yet to enter the area of significant resistance that lies between $0.3 and $0.5. Moreover, the price is still 90% away from the all-time high at $2.5, which makes us perceive LRC in the bearish context, despite the dramatic gains of late.

On the macro level, Loopring in approaching a very difficult period in terms of its bullish capabilities because a) it got very close to the mentioned area of intense resistance, b) this autumn promises to be especially tough for both cryptocurrency and traditional markets due to destructive fiscal policies from Federal Reserve and a worsened epidemiological situation around coronavirus.

The only thing that could help the cryptocurrency market maintain its bullish stance is the distrust of retail and institutional investors in fiat, USD in particular, that might force them to devote the capital to cryptocurrencies in general, and LRC by association, especially if the US government decided to produce the second stimulus package. Otherwise, traders must brace themselves for either a deep correction or a daunting consolidation until the tail end of the year, when the cryptocurrency market has traditionally seen a revival.

On the daily time frame, however, the buyers are fighting tooth and nail to preserve the structure of the uptrend, though it’s getting increasingly troublesome due to the prominent drop in trading volume since the first days of the month. And although the bulls did a great job of keeping the LRC from falling below $0.17 after the latest selloff, the price action that followed became visibly choppy and erratic, with much deeper throughs. 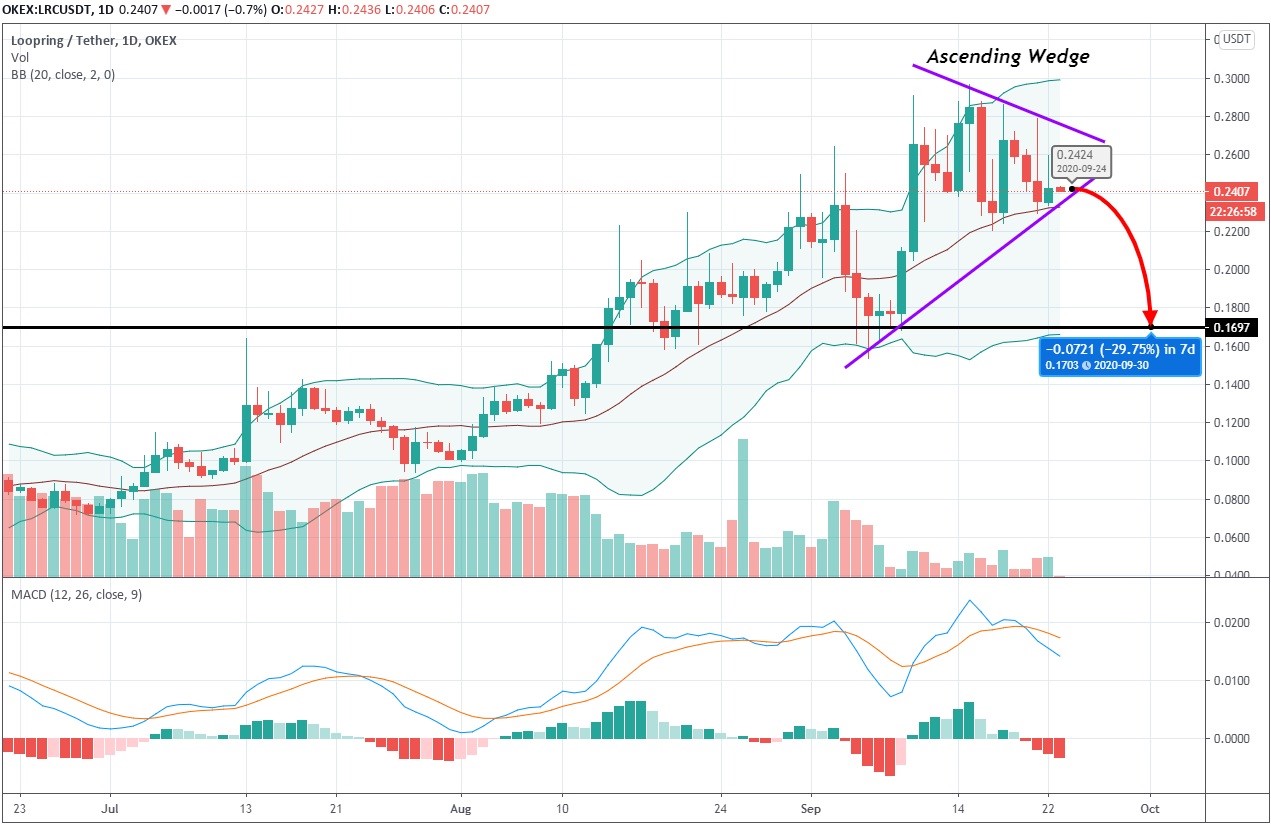 Besides, Loopring is about to resolve an ascending wedge, a bearish pattern that supports our LRC price prediction regarding the drop to $0.16, at which point the price action might stall at the support level.