Kusama (KSM) positions itself as an early version of Polkadot (DOT), an altcoin for blockchain interoperability that is deemed by many as one of the most promising projects of late that might be capable of resolving the scalability issue that still holds the Ethereum Foundation from launching the version 2.0 of its network. Recently, DOT has taken the cryptocurrency realm by storm, having landed at the 5th spot in global ranking with a market capitalization of $4.4 billion.

The canary is preparing to fly higher

Kusama is a blockchain platform built using the open-source framework called Substrate, which serves as a playground for developers who can build, test and deploy chains there, along with their governance and validation capabilities. It was established in 2019 by Gavin Wood, who is known among members of the crypto community as the founder of Polkadot and former technology officer at Ethereum Foundation.

Even such a brief analysis of Kusama’s fundamentals tells us that this relatively young altcoin (it was first listed on exchange platforms in September 2019) holds immense potential because it is directly linked to the ecosystem that might deliver the real solution to the problems of scalability and interoperability, the factors that greatly hinder the mass adoption of blockchain and crypto. In fact, KSM has greatly outperformed its cousin DOT in the past 30 days, which is evident from the chart below. 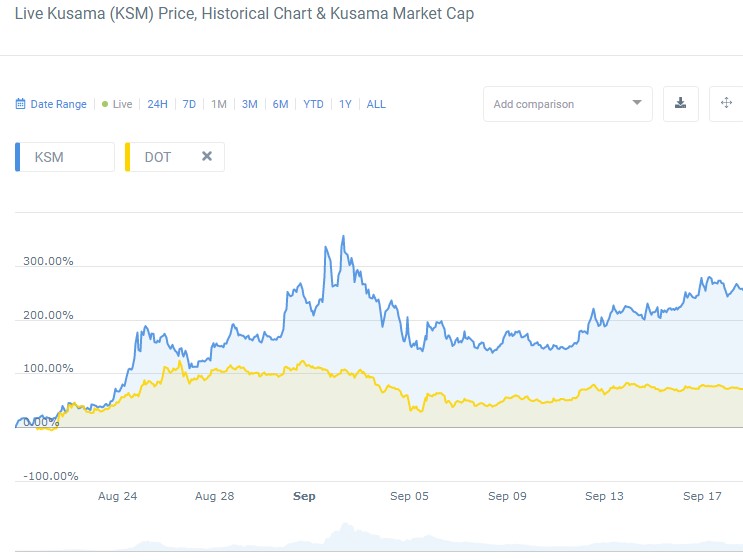 The all-time chart demonstrates the explosive growth that KSM has had in the past couple of months, which aligns perfectly with the entrance of Polkadot into the cohort of elite cryptocurrencies, while Kusama, which is nicknamed the “canary in the coal mine,” established a foothold at the 43rd spot with a market capitalization of $386 million and the average daily trading volume of $70 million. 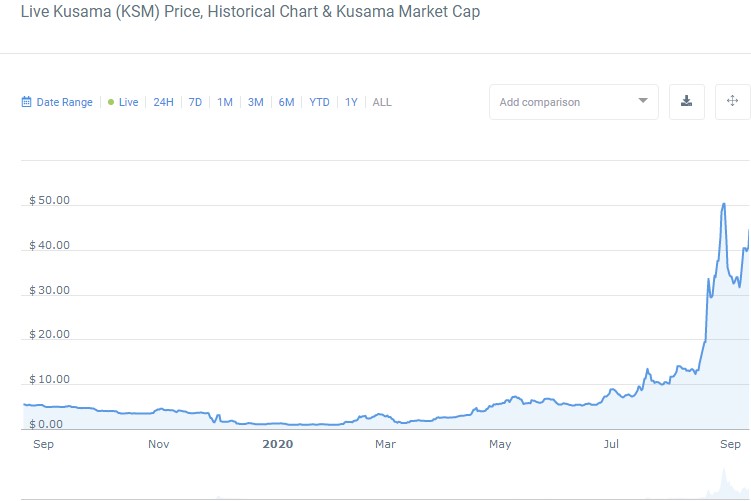 Over the past 90 days, the average trading volume of KSM has increased twenty-fold from $3 million per day to $60 million, demonstrating the rising demand for Kusama among traders. The value of KSM has risen by more than 200% against USD, BTC, and ETH - its yearly gains are also quite mind-blowing.

When it comes to more immediate price action, Kusama experienced a first major pullback after the explosive growth in the second part of August. KSM lost 52% of its value in just three days, caused in no small way by the massive selloff across the entire cryptocurrency market. 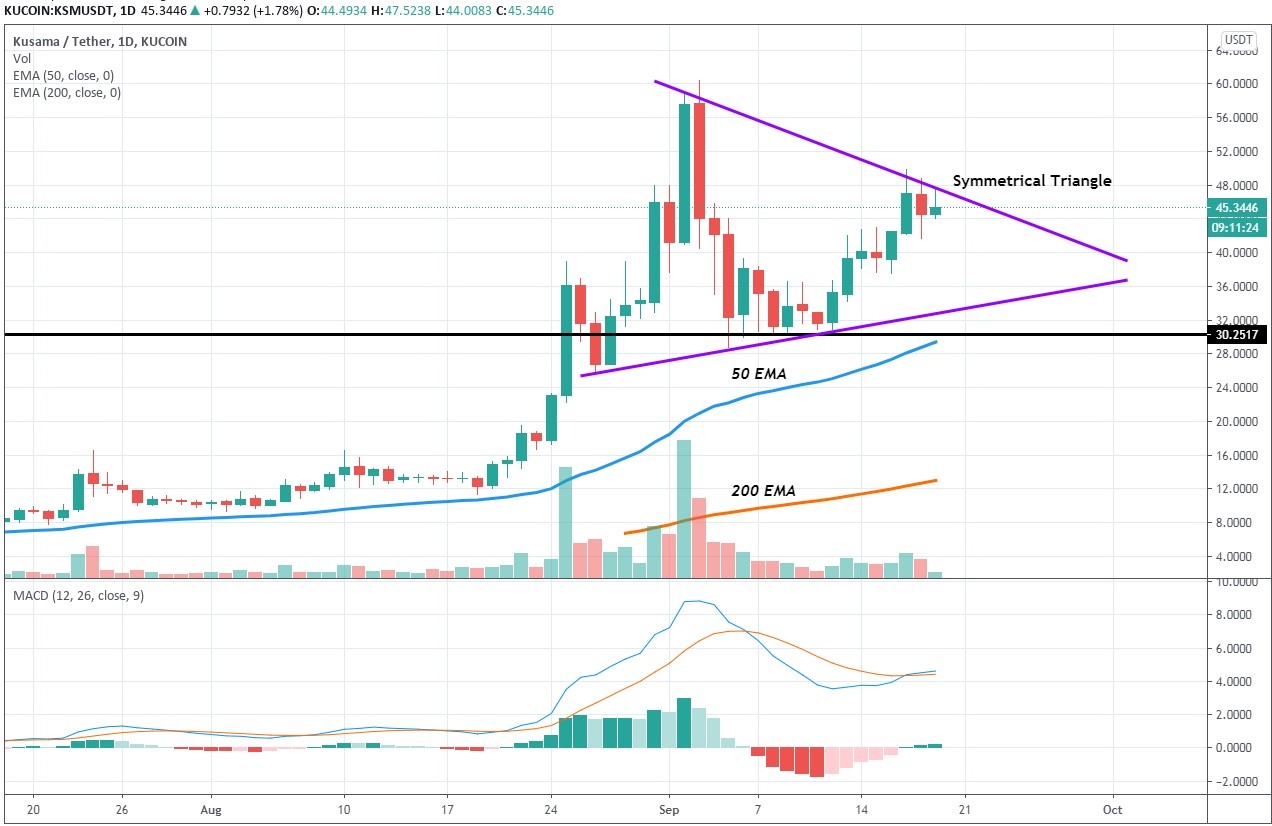 However, this pullback can be deemed as a crash test, which Kusama passed in flying colors since the price held firm near the psychological level at $30, while staying high above both critical exponential moving averages: 50 EMA and 200 EMA, thus showing that the uptrend is not endangered, unless the price goes below the current support at $30.25 and the 50 EMA.

The next five to ten days are going to be decisive for Kusama since the price will have to break the symmetrical triangle formation either to the upside or the downside, which will determine the further trend development.

We expect KSM to breach the triangle to the upside since the price has seen an explosive recovery to $45 after testing the support, which aligned with the bullish crossover on MACD that also shows the growing green histogram. The indicator’s moving averages still has to move further apart from each other in order to confirm the bullish momentum, but the probability of break to the upside, and a trip to $60, is significantly high.