KuCoin Shares on the Brink of Another Bullish Rally

The notorious Coronavirus Crash of March 12- 13 inflicted a lot of damage not only on the price of all cryptocurrencies, without exception, but also forced many retail traders to dump their portfolios and flee from the exchanges in frustration. The Singapore-based platform KuCoin couldn’t have evaded that scenario, which ultimately harmed the price of its native coin - KuCoin Shares (KCS).

The exchange itself is barely hanging in the top 20 list, compiled with regard to liquidity that has shrunk from nearly $10 million to $2.7 in just three weeks. In effect, KuCoin Shares lost 44% of its value in a matter of five days, and so far, managed to recover only by the mere 17%, although it already had its bullish moment.

KuCoin Share was a disappointment for the holders, although, understandably, the overwhelming majority of them have this coin in the portfolio only to get the reduction on trading fees, along with dividends. Even though the all-time ROI of KCS still hangs at 33.4%, the stats show that 43% of existing holders are already in the red, while 4% are merely close to breaking even. Whereas 92% of KCS owners had this coin on their balances for more than a year, such negative tendencies with regard to return on investment could result in further dumping of that coin, unless it has a show of strength.

KCS has also been disgruntling in terms of gains: -28% on the yearly and -30% in the monthly framework could make a lot of traders wonder whether this coin is worth the bother. 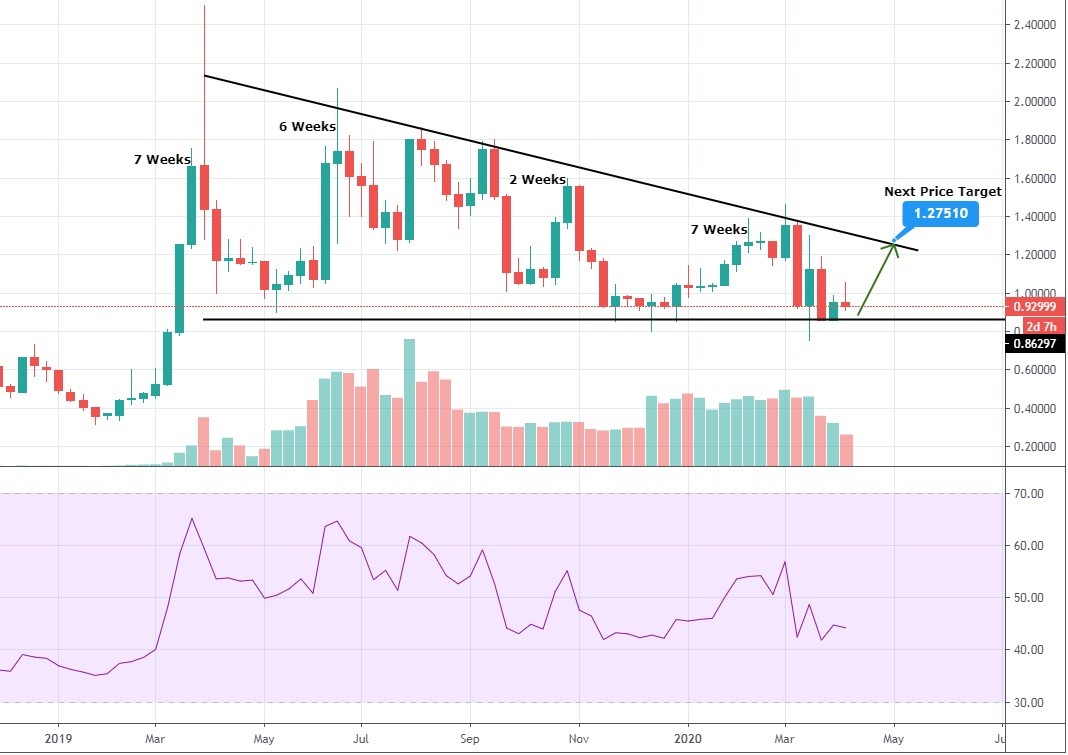 Actually, it is, in case traders apply an in-and-out strategy, with positions that stay active for no longer than two to seven weeks since that is the time period that KCS requires to finalize the bullish rallies, which are quite frequent, as you can see on this weekly chart, and reward-bearing.

On average, each such cycle takes the price up by no less than 40%, followed by what appears to be an inevitable crash. That makes KuCoin Shares an ultimate cryptocurrency for swing trading that is capable of yielding substantial profits in a relatively short period of time.

Another interesting characteristic of KCS is that since the beginning of 2019, its price has been forming a perfect horizontal triangle pattern with easily detectable support at $0.86. That support had merely been broken during the market crash, but the coin found its way above it rather quickly. Moreover, the 58th cryptocurrency maintains a stable and balanced volume profile, always being just enough to push the price to the necessary level. The 14-period RSI is also likely to continue its flow in the neutral zone between 40 and 60. Therefore, we have established the price target for the next bullish rally at $1.27, upon which the price will retrace to the usual $0.9 - $0.92. 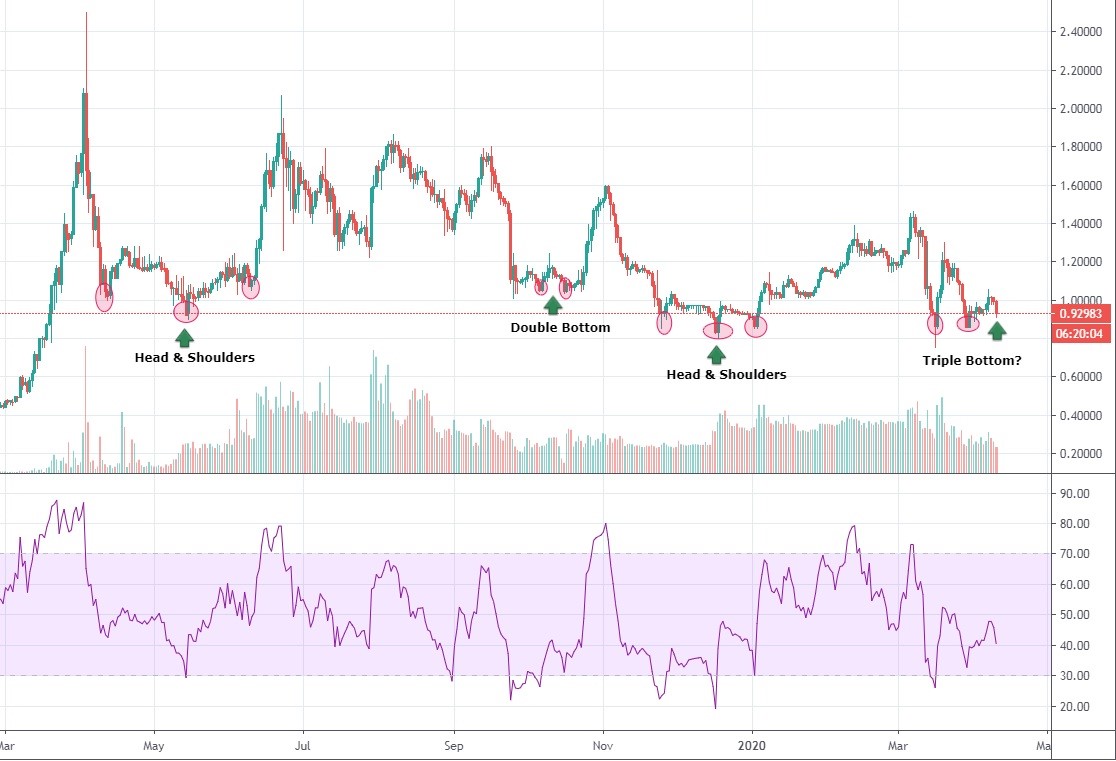 In the daily time frame, we can see that KCS absolutely loves the head & shoulders and double bottom reversal patterns, which have always served as a foundation for bullish rallies. This time around, the price appears to be forming a triple bottom pattern that should result in another rally to the designated price target.