Komodo (KMD) Is Driving Higher Prior The Update

Even though this year's altseason was short-lived as it lasted for only about month and a half - from January until the middle of February - and ended in a massive capitulation of the entire market, some alternative cryptocurrencies, such as Komodo (KMD), are doing well even in these market conditions. The year 2019 didn't treat KMD kindly as it lost 48% of its value against USD in that time period, but the second quarter of 2020 seems to be going in this coin's favor as it has successfully finalized the recovery after the Black Thursday and even began aiming for this year's high at $0.9 in the KMD/USDT market, and also showing a lot of promise in the KMD/BTC one.

In expectation of the golden cross

Komodo is the kind of cryptocurrency whose price action probably wouldn't kindle the interest of a day trader, mainly because the range of its day-to-day movement tends to be narrow, judging from the amount of spinning tops on the daily time frame. 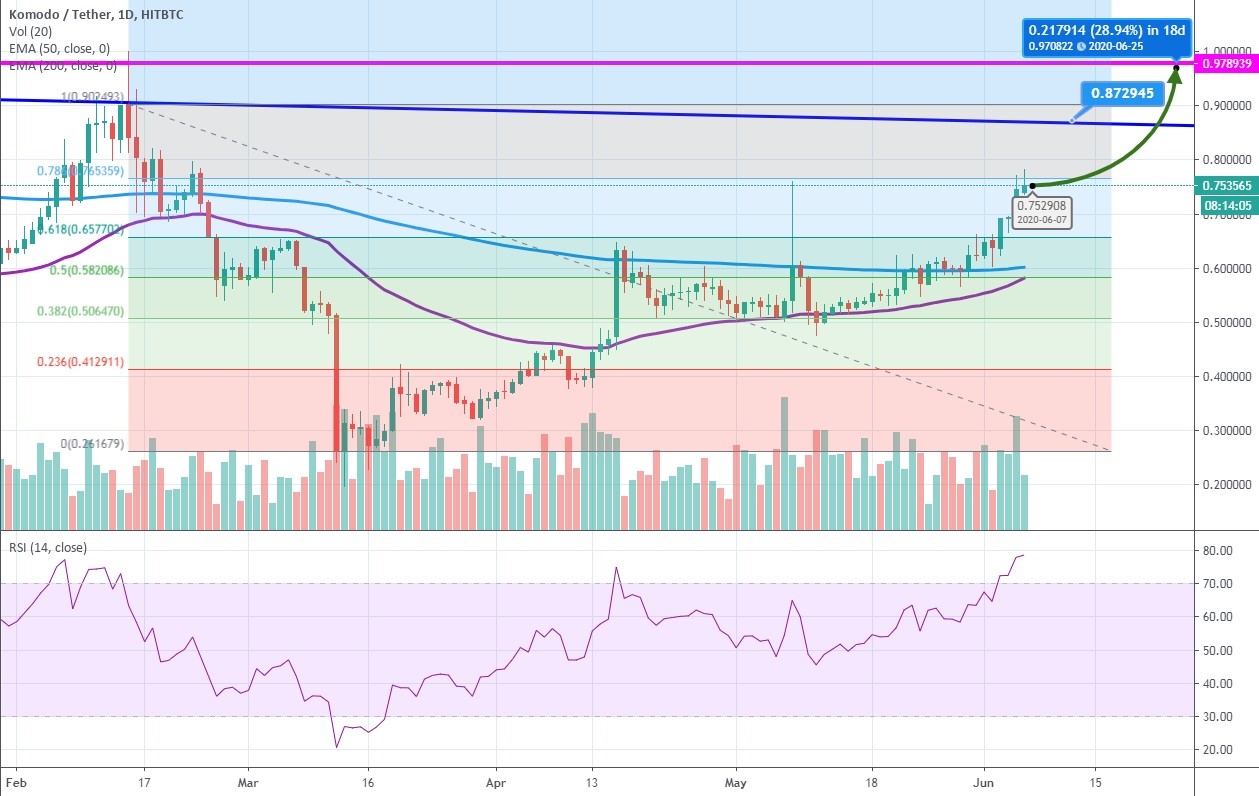 But a swing trader would find this coin appealing as it puts up significant swings on a regular basis, especially during the period that followed the March market crash. One of the reasons behind the recent active price action is the approaching launch of an important update to the Komodo daemon that will take place on June 14. Apparently, it is going to bring significant changes to the way the Komodo network operates because it was announced as mandatory to all parties involved: miners, node operators, providers of digital wallets, and crypto exchange platforms. The fundamental upgrades are usually preceded by a significant price increase of a given cryptocurrency, which is also valid for Komodo.

The upgrade will come at a convenient time for KMD because, at the moment, it doesn't have any major obstacles between the current price that stands at $0.74 and the resistance line of a secondary downtrend, apart from the one coming at the 0.786 Fibonacci retracement level, which the price has already tested twice. It is still too early to say how the price would behave once it reached that resistance, but the overall outlook is sufficiently bullish. Therefore, a move above that level and all the way to the profound vertical resistance at $0.97, which has been standing since 2018, looks feasible.

The trading volume during the last six weeks has been mostly bullish, with the tendency towards increase, which gives us enough reason to believe that the two important moving averages: the 50-day EMA and the 200 EMA, will soon form a golden cross that usually serves as a prerequisite for a bull run that should take KMD to the designated price target of $0.97 in about two weeks.

Komodo has also been getting achievements in a pair with Bitcoin, especially since the middle of May, when KMD exploded to the upside after a bullish checkmate pattern. 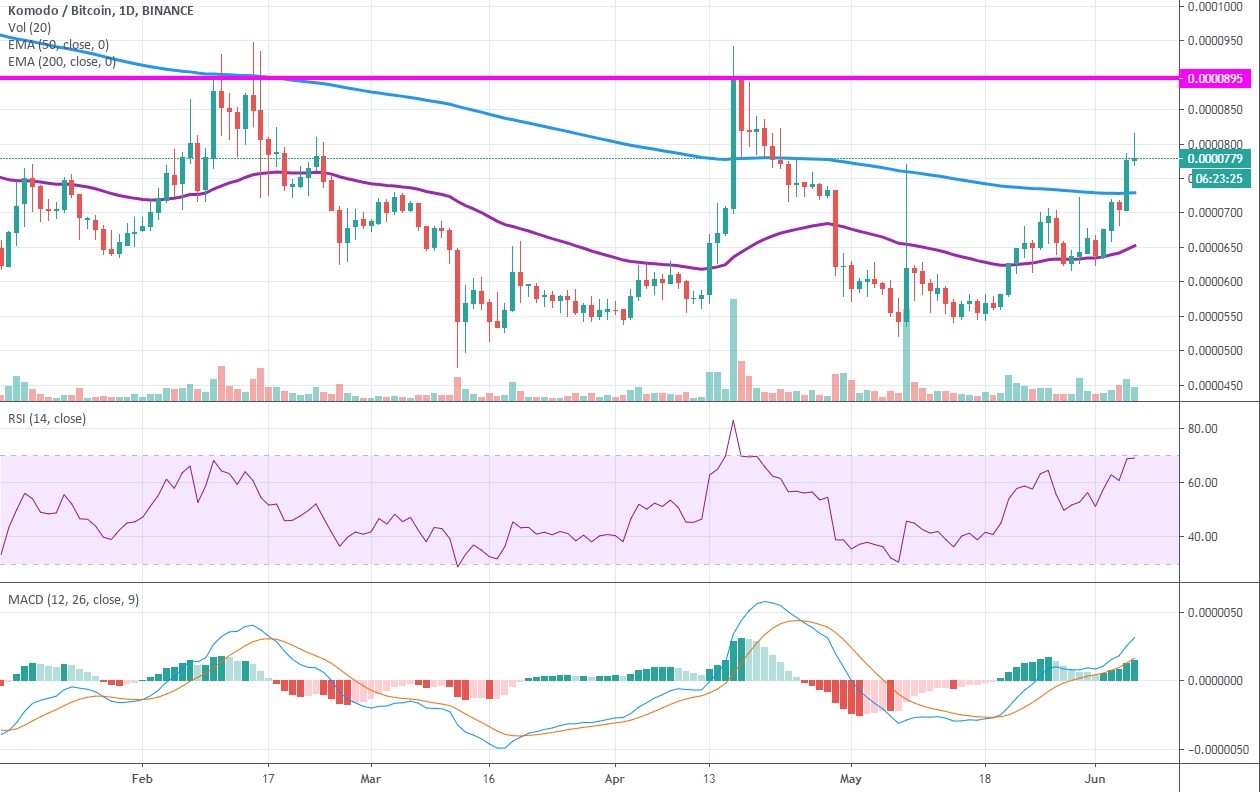 The moving averages are far from creating a golden cross, but they have at least begun to shift to the upside. MACD looks profoundly bullish on this time frame as both lines are driving to 0.000005. The RSI is not in the overbought zone yet, so a quick sprint to 8,950 satoshis could be executed in the next seven to ten days.