IoTeX (IOTX) isn’t the kind of altcoin that gets much attention from retail traders, not to mention the institutional players. The altcoin that occupies a modest 106th place in global crypto ranks has an average trading volume of $5 million, with Binance and MXC.COM being host to the most active IOTX traders.

Fundamentally, IoTeX is a relatively small blockchain project with a market capitalization of $73.6 million that works on the decentralized platform built around the concept of the Internet of Trusted Things, which offers means for interaction between users and integrated machines with the purpose of creating an innovative token economy, based on privacy and full trust between all network participants.

The small market capitalization tells us that the idea of a bond between humans and machines through blockchain doesn’t fly well with large investors. Yet still, the coin has been doing well this year, as its performance profile and price action suggest.

IoTeX could be starting a new rally

Regardless of its humble market capitalization, IOTX has been doing exceptionally well this year for a non-DeFi altcoin, especially after the buyers had dug it out of the hole where it fell during the coronavirus crisis in March. During that time, IOTX made the all-time low at $0.0123, upon which it initiated a 115% bull rally that lasted for 182 days and took the price to this year’s high at $0.0126, from which it went into a 56% correction that lasted for five weeks. 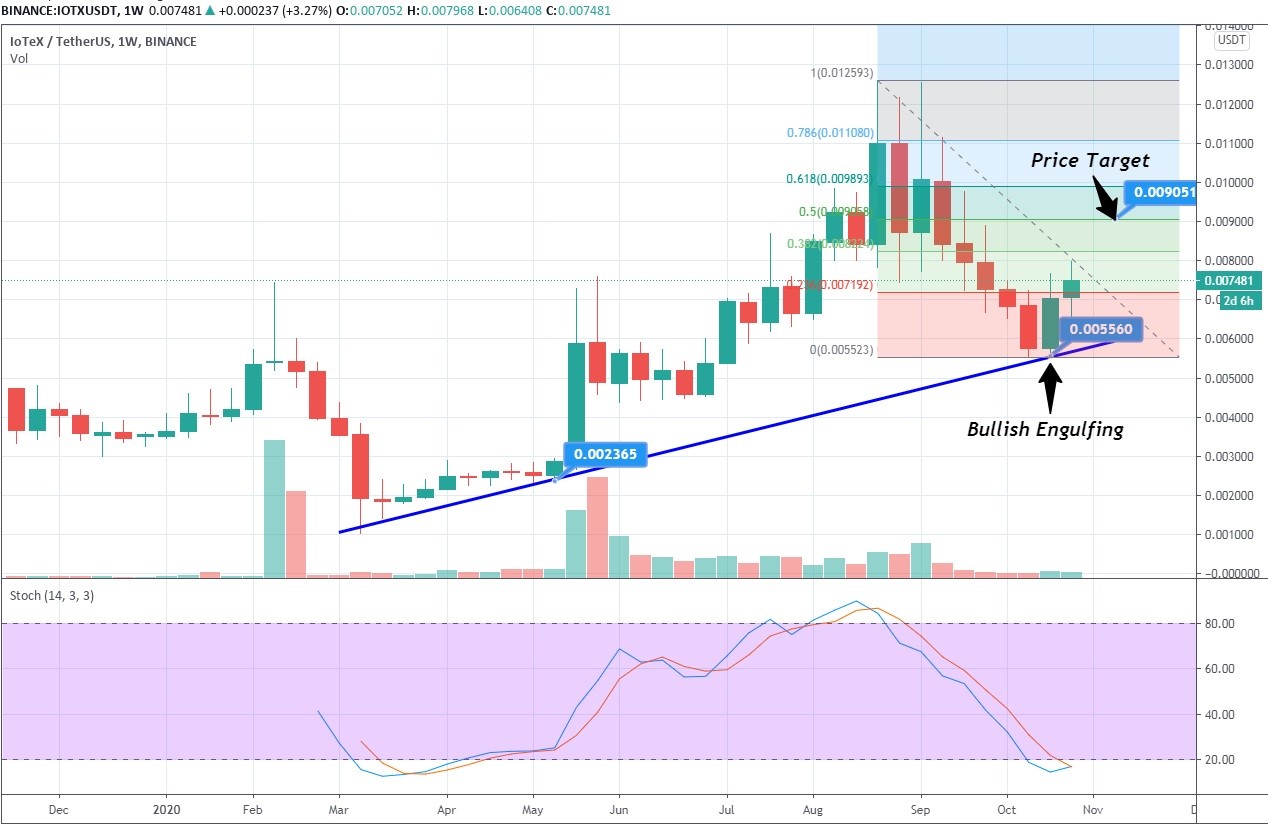 But the weekly chart clearly shows that the buyers appear to be in control here as IOTX maintained a proper uptrend structure by respecting the support and making higher lows at $0.0024 and recently $0.0056. Notice that the bounce to the upside began with the bullish engulfing candle that had immediately tested the Fibonacci level at 0.236 ($0.0072), while the next weekly candle opened with a gap to the upside.

Stochastic further confirms the increasing bullish momentum as it’s close to making the cross to the upside from the oversold area. If the cross gets confirmed and the weekly candle closes above 0.236 on the Fibonacci grid, traders should start looking for a good entry point around $0.0074, with the stop-loss being set at $0.007 - $0.0071. The profit target for the anticipated bullish move is set at $0.009, the price level that coincides with the 0.5 Fibonacci level.

The behavior of IoTeX, when paired with Bitcoin, isn’t as bullish as in the USDT market. After a steep correction, caused by the recent resurgence of the first cryptocurrency, the bulls have held predictably to the support at 49 satoshis but were unable to make a swift recovery above 60 sats. Stochastic is also in the oversold area, but here the price action won’t go above the ceiling at 60 satoshis for a while. 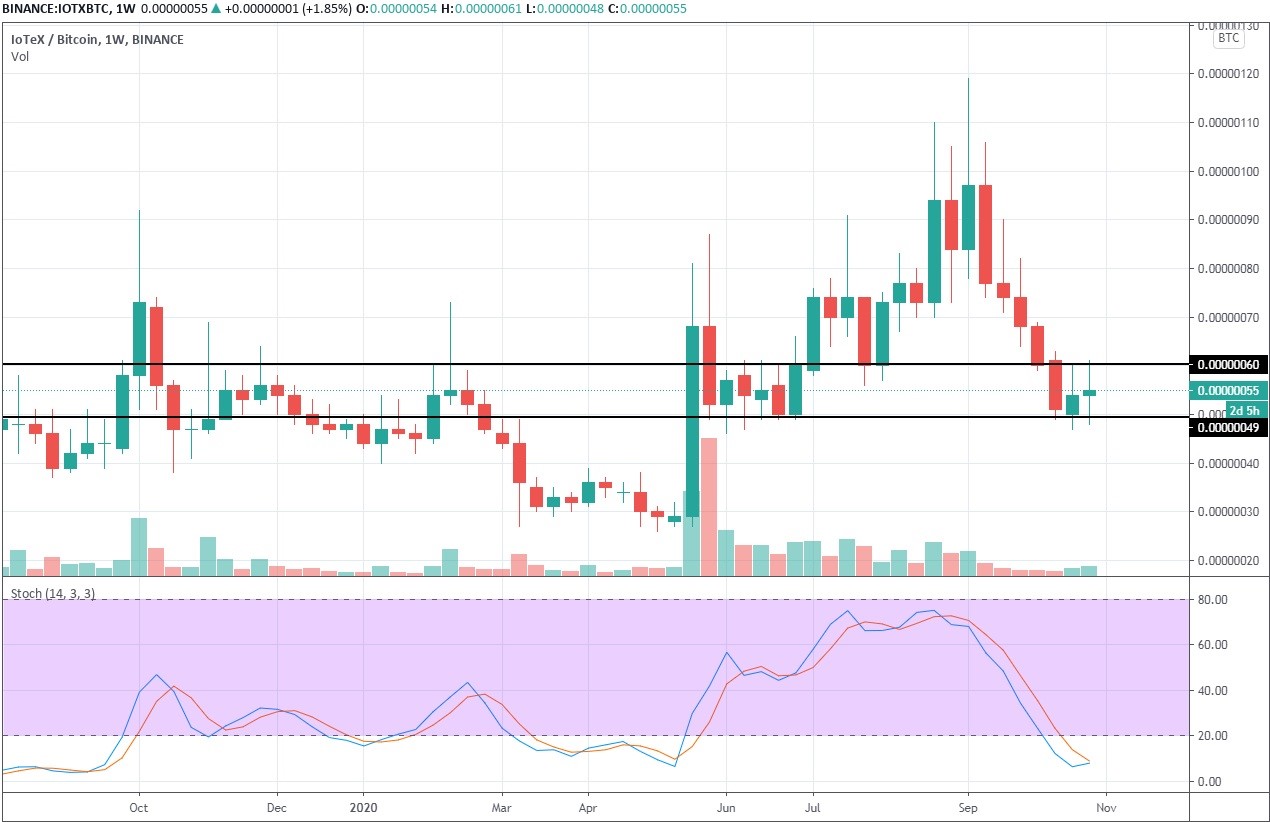