Right now, many altcoins are literally flying to the upside like there is no tomorrow, IOTA (MIOTA) has been moving there slowly but with the utmost consistency. Even though IOTA is severely lagging behind such monstrous gainers as Chainlink (LINK) and Band Protocol (BAND), its seeming reluctance also holds plenty of upside potential that could come into play when other altcoins will start running out of steam.

While the MIOTA’s historical chart mightn’t look overly impressive, as the price is displaying only subtle signs of downtrend reversal, the altcoin’s performance over the past year instills optimism in both investors and traders. 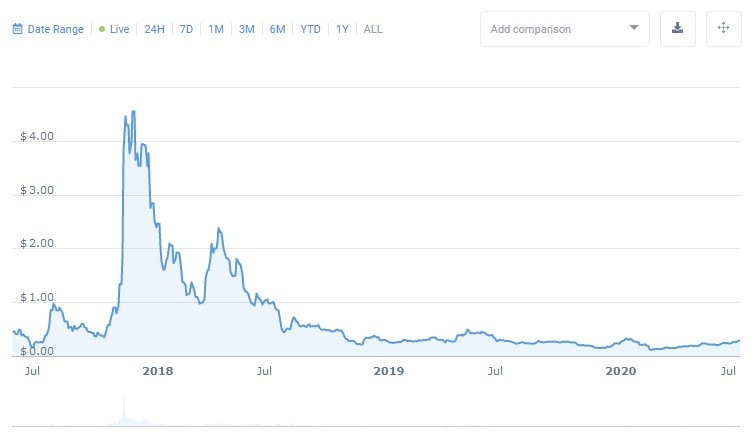 In the last twelve months, IOTA provided a positive return on investment, which amounted to 32%, thanks mostly to the recent bullish phase that helped this altcoin rise by 38% against USD. The altcoin’s yearly performance against Bitcoin has also been admirable as IOTA had outpaced BTC by 31.34%, although the latest resurgence of BTC afforded MIOTA only a 10.3% edge during the last month.

Unlike some other coins that are being dragged to the upside by either hype or the Bitcoin revival, IOTA actually possesses fundamental reasons to engage in an extensive bullish rally that could eventually transform into a fully-fledged secondary uptrend.

The thing is that on July 30, IOTA has officially initiated the first stage of the multi-phase upgrade to the system version 2.0 that suppose to remove the so-called Coordinator, an application that confirms digital transactions, from the equation, thus making its blockchain for the Internet of Things considerably more decentralized and scalable. As the initial step towards the ecosystem’s refinement, the organization released Pollen, a feature that comes as a blueprint of IOTA 2.0 and also adds certain security tweaks.

It’s been only nine days since the announcement of Pollen, but the price has already driven 27% to the upside and broken out of the ascending channel that had kept it within the predictable range on the back of the visibly increasing bullish volume. 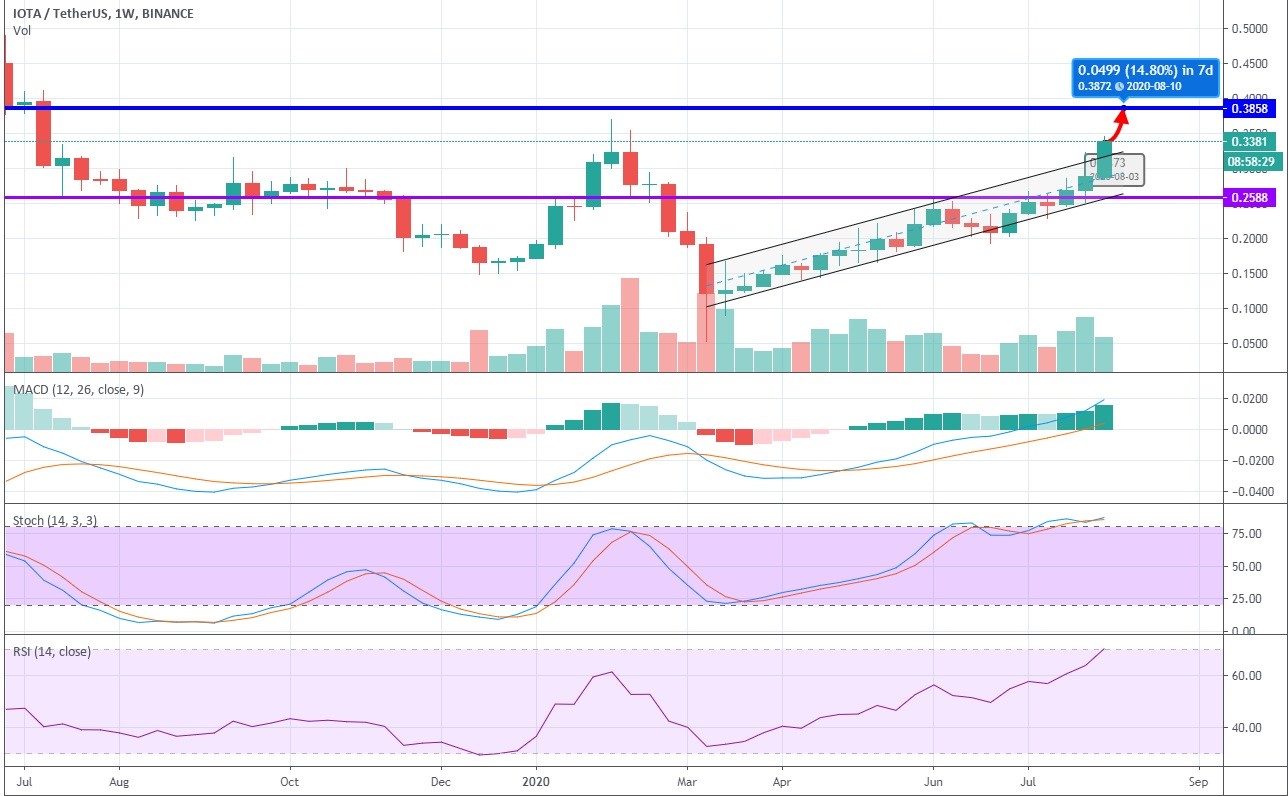 All key indicators are also showing that MIOTA is gearing up for more bullish action in the coming weeks.

We are convinced that IOTA will make a 15% move to the upside in the next seven days, after which it would be a prime time for the market to cool down a bit through retracement.

Those who trade on the IOTA/BTC market must pay attention to the resistance line at 3180 satoshis that might be disrupted if the altcoin continues its strive to the upside. 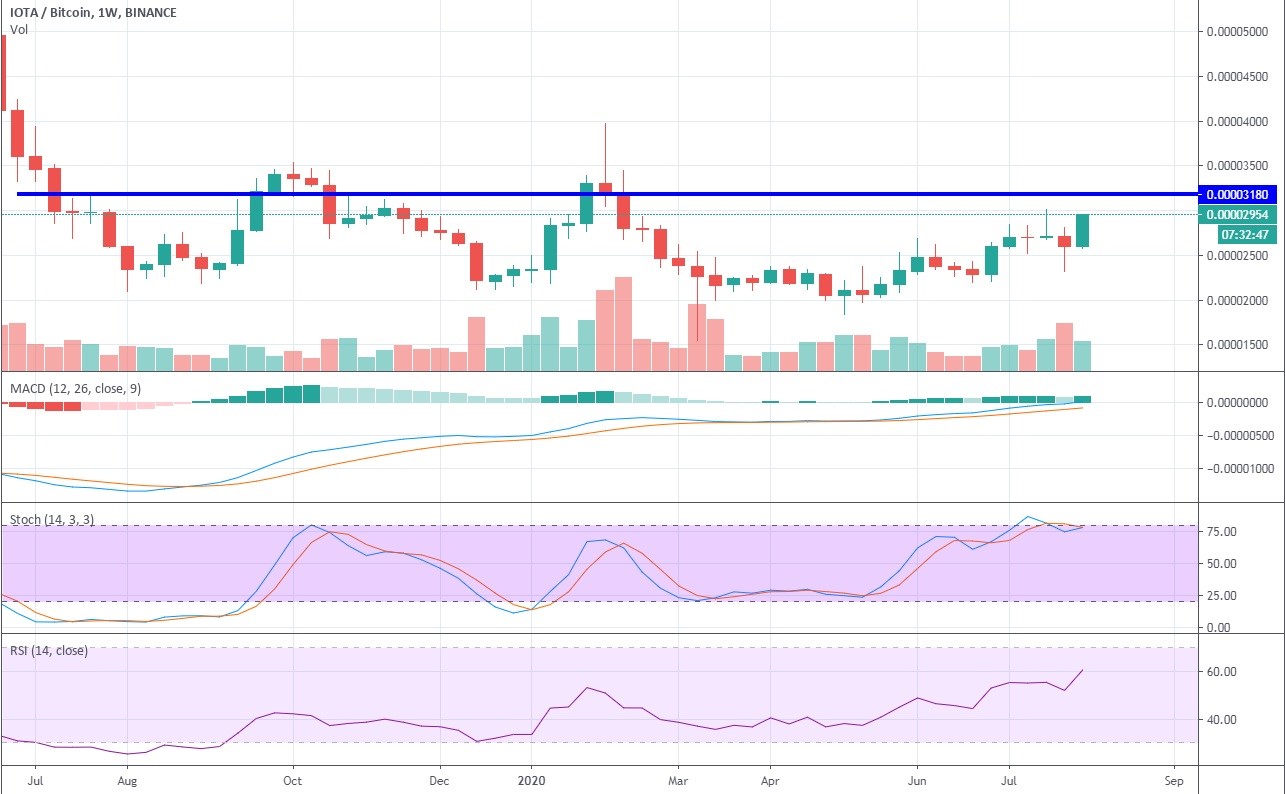 Here the indicators are even more bullish than in the USDT market, so if Bitcoin fails to ascend above $12,000, MIOTA is likely to turn this level into support.