After successfully conquering the macro resistance at $0.23, IOTA got confidently rejected by the bears at $0.25, thus putting into question the continuation of the otherwise evident minor uptrend. The inability of MIOTA to break the established resistance at the first attempt offers traders an opportunity to gather a larger position before the price makes a breakout above $0.25 on the back of the news regarding the approaching release of the major system upgrade dubbed IOTA 2.0.

The upgrade will bring a new consensus model called the Fast Probabilistic Consensus (FPC). But before that, the developers will launch an intermediate version of the renewed network - IOTA 1.5 at the tail end of July. Without delving further into technicalities, let’s just say that Q3 of 2020 is going to be hot for IOTA, both in terms of improvements in fundamentals and price action.

MIOTA is grasping at a straw

Unless some force majeure circumstances occur on the cryptocurrency market over the summer, there is hardly any doubt that IOTA will have a powerful bull rally, instigated by the fundamental upgrades. The price won’t reach the all-time high, of course, which stands at $5.54, but the approaching bull run will provide the necessary foundation for the downtrend reversal. With that in mind, traders should start cherry-picking the spot where they could open a long position at the highest possible risk/reward ratio. 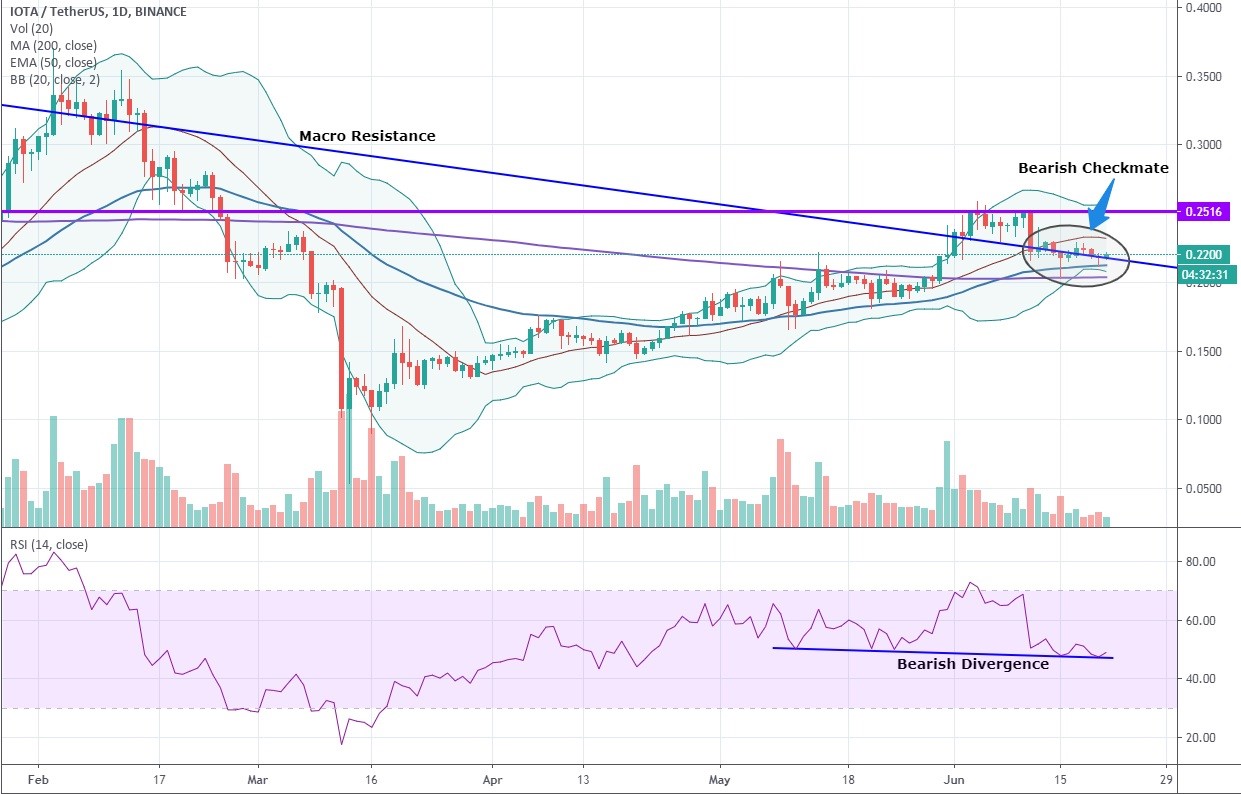 In fact, the present price level at $0.22 might constitute a good entry point for aggressive traders, given that the price manages to hold above both 200 EMA and the macro resistance, underneath which the bears tried to push it in one large dump that took place on June 11, which could also be considered as a late traders’ remorse that was accompanied by the noteworthy selling volume.

Watch out for the bear trap

This setup is a worrying sign for the bullishly-minded IOTA traders as it shows that the bears do not intend to let the price go past $0.25, and could turn the tables in this market at any moment. However, the price seems to be clinging onto the macro resistance level at $0.22, refusing to go underneath the 200 EMA. Also, there is a slight bearish divergence on the daily time frame that adds weight to the downside scenario. Lastly, there appears to be the bearish checkmate pattern that could resolve to the downside, although this could be the setup for the bear trap.

The order book analysis reveals the large gap between the current price level at $0.219 and $0.2, which means that if the sellers manage to push the price through the macro resistance, it could experience a big drop. 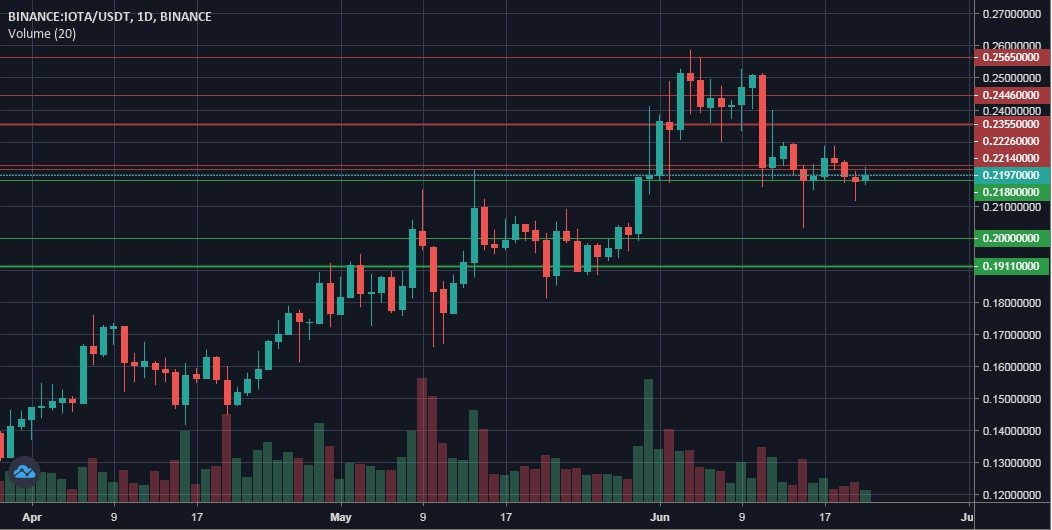 Also, we established that the lowest price level, towards which the price could fall at this junction, stands at $0.191, reaching which would still constitute a higher low on the daily time frame, meaning that even in the case of such a substantial pullback, MIOTA would still remain within the confines of the rising channel. 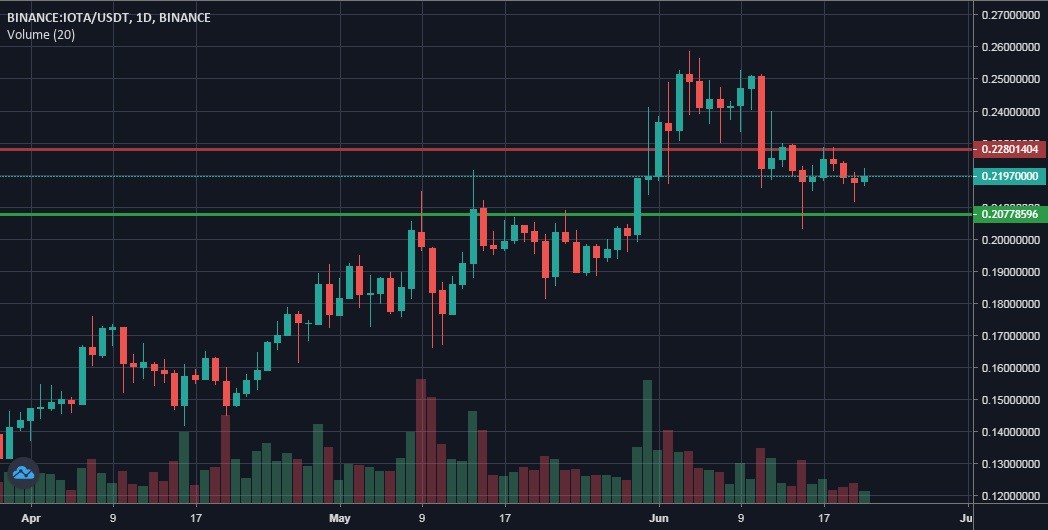 IOTA’s average volatility percentage has dropped over that last 30 days from 39.58% to 11.46%, which implies that instead of the bear trap, the price could persist ranging between $0.2 - $0.22 before performing the next bull run.