iExec (RLC) In the Process of Resolving the Bear Flag

In the middle of May, iExec (RLC) initiated a bullish rally that lasted for 67 days, during which time the price of that digital asset had risen by an impressive $458%. Thanks to that, RLC found itself a place among the most accomplished altcoins of the post-crisis period. 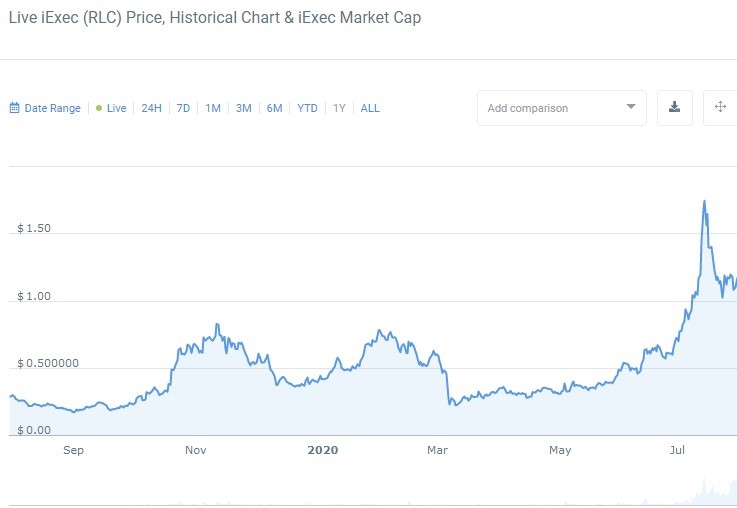 Presently, iExec is priced at $1.18 against the backdrop of the 8,29$ value appreciation in the last 24 hours. RLC’s gains over the past twelve months amounted to 289%, thanks to which the all-time ROI had increased to 315%, thus making iExec one of the most attractive altcoins from the bottom of top 100, RLC is currently ranked 87th, with the market capitalization of $94 million that had also experienced a significant boost lately.

Does $0.1 constitute the bottom of the correction?

Upon hitting the resistance at $1,8, the price had been decisively rejected by the bears and entered the phase of correction that has already eaten up 33% of previous gains. However, given the extent of the bull rally, the correction was of the necessity, as a natural phase of the uptrend buildup. 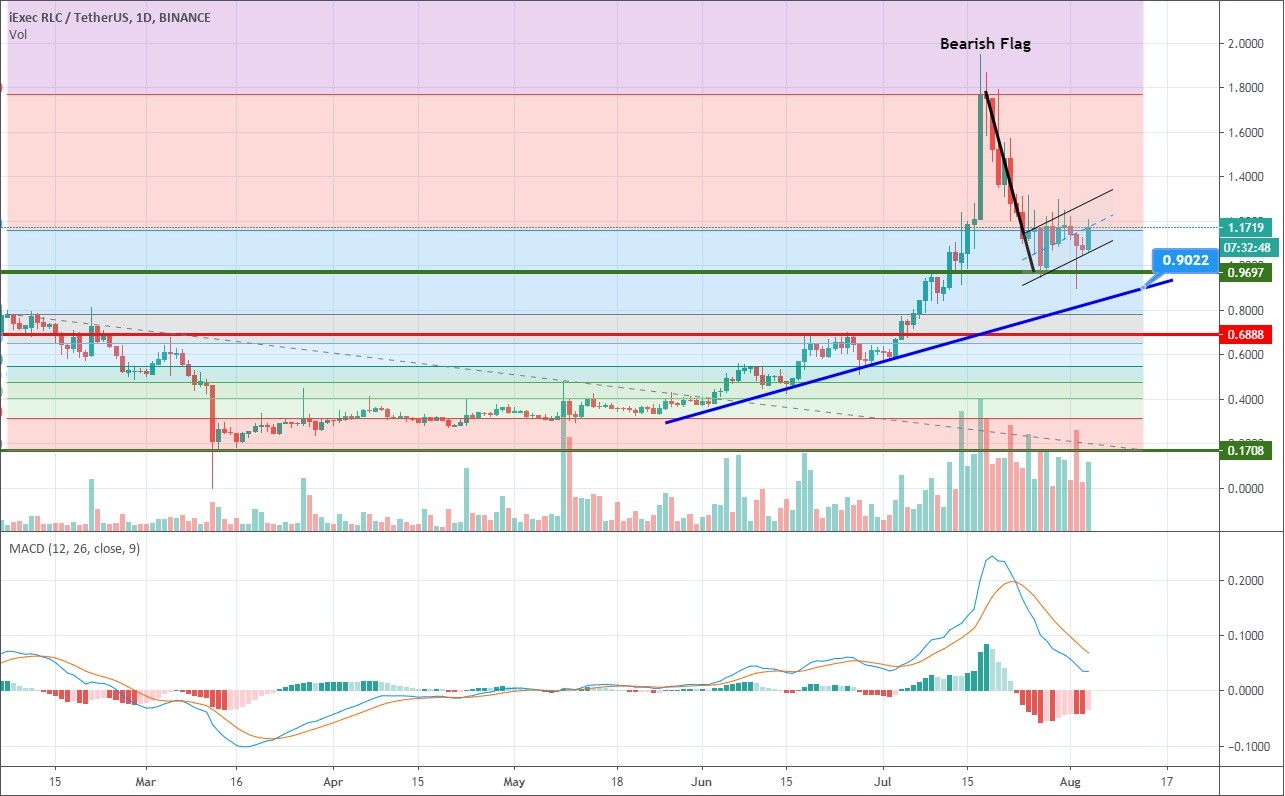 The daily chart demonstrates that RLC appears to have found the interim support at $0.97, as the price has already tested that level three times and managed to stay above it. Interestingly, iExec is now being squeezed between the said resistance and 1.618 Fibonacci extension level, whereas the price actually got rejected right at the 2.6 Fibo level, which once again proves the usefulness of this trading tool. Therefore, we must also take into consideration the level 1 on Fibonacci extensions, which converges with the price area at $0.8 as the lowest acceptable correction level for the bullishly-oriented RLC traders that should also serve as the area for stop-loss placement. Putting a stop-loss between $0.96 and $0.8 is a riskier endeavor because there is a threat of a stop-loss hunting or a bear trap executed by larger market players for the purpose of acquiring a bigger position before the probable upswing in the direction of a new higher high.

Therefore, if you aren’t already involved in the RLC market, the more practical approach would be to stay idle for the time being, while monitoring how the price deals with the bearish flag formation where it currently finds itself. Please mind that RLC could break the pattern to the downside, but it would need to find support at $0.9 in order to maintain the proper uptrend structure.

Should the price break the bearish flag to the upside, it could recover the losses in a swift fashion and even make an attempt at $2, which we consider to be the next higher if the uptrend continues.

In summary, iExec is in a bit of a sticky situation because, at this point, the price could easily go either way. Therefore, if you are already in this market, make sure to protect your position, while those who only consider taking one should wait for the resolution of the flag pattern.

iExec (RLC) Is Ripe For Shorting