Before getting down to analyze the price action and future prospects of HT, let us give just a quick reminder of its fundamentals. Huobi Token is a native coin of Chinese cryptocurrency exchange Huobi Global that was launched in 2013. The platform itself enjoys relative popularity among cryptocurrency traders, putting up an average of $1.5 billion in daily trading volume.

Huobi Token is functionally similar to another well-known exchange token - Binance Coin. The cryptocurrency, which currently occupies the 21st spot in global rankings, is used primarily to acquire discounts on trading fees. However, unlike Binance, Huobi employs a progressive discount system that cuts down the fees to 0.07% only if the trader holds more than 5000 tokens.

Other than that, Huobi Tokens serves as a means for obtaining the VIP status and participating in the decision-making through voting. Fundamentally, HT isn’t notably different from other exchange tokens, the price action of which depends on the infrastructural and marketing initiatives that Huobi Global, in all honesty, evidently lacks. Therefore, there’s no point in expecting any decisive price behavior from HT in 2020 on the basis of fundamental improvements - the chart will tell the entire story.

The rally that mightn’t defeat the correction

Needless to say that HT didn’t stand aside when the market went on a quick and vehement bull rally at the beginning of January. However, Huobi Token began experiencing a gradual price increase as early as November 25, 2019, when the price had hit a local low at $2.16, which occurred right at that time, and began moving to the upside within the ascending wedge, making lower lows along the way. 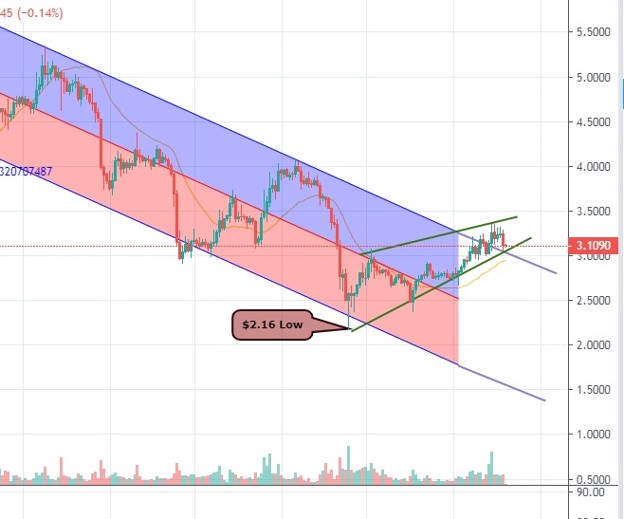 Despite being able to break through the descending channel, the most recent price action took HT back to the correction line, which isn’t yet a sign that rally has run its course, at least until the price breaks through the wedge to one side or the other and crosses the 50-day moving average.

On the 4-hour chart, Huobi Token is making higher lows with admirable persistence - even the recent pullback, which affected the entire market, has taken the price only slightly below the support line and towards the base of the 1.618 Fibo retracement level. 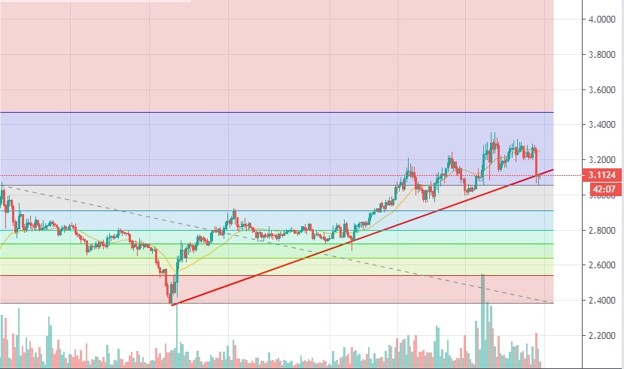 Given that HT manages to stay above the mentioned level and retreat beyond the resistance line, the upward movement should proceed. Moreover, the price may reach $4 in one big swing since there are no strong levels of resistance up to that point. But in case the bears seize the initiative, Huobi Token could roll down to the pre-rally level $2.7 within next week.

HT doesn’t show any impressive feats in the pairing with Bitcoin as the exchange coin is treading slowly within the horizontal wedge, a clear continuation pattern. 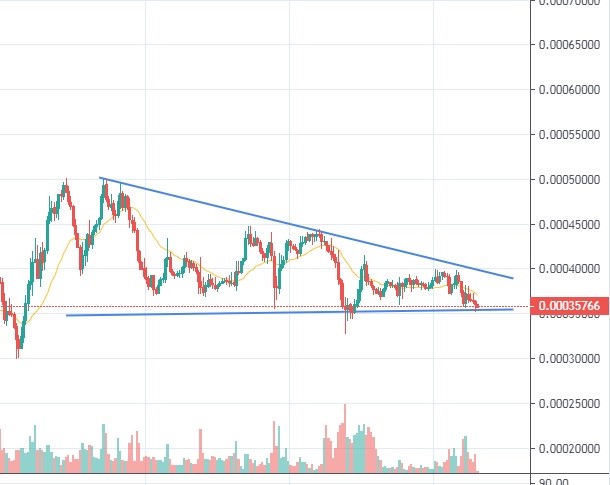 In summary, despite not being backed by solid fundamentals, Huobi Tokens has been displaying a positive price action throughout the last months. However, since the cryptocurrency market is at a crossroads at the moment, the best thing would be to monitor the price movement near the crucial areas on the chart and wait for an opportune moment to take a long position. The holders of HT should place stop-losses slightly below the correction line.