Despite all ups and downs that occurred in the cryptocurrency market over the past two years, Huobi Token has been doing very well, staying loyal to the uptrend that commenced in January 2019 when HT reached the all-time low at $0.88 and reversed to the upside. Since then, it was only the way up for Huobi Token - the exchange token has gained the very respectable 470% over the past 600 days, although it encountered significant troughs along the way. Last month, however, hasn’t been particularly fruitful for HT as it gained only 5% against USD, 13% in the BTC market, and 14% against ETH. 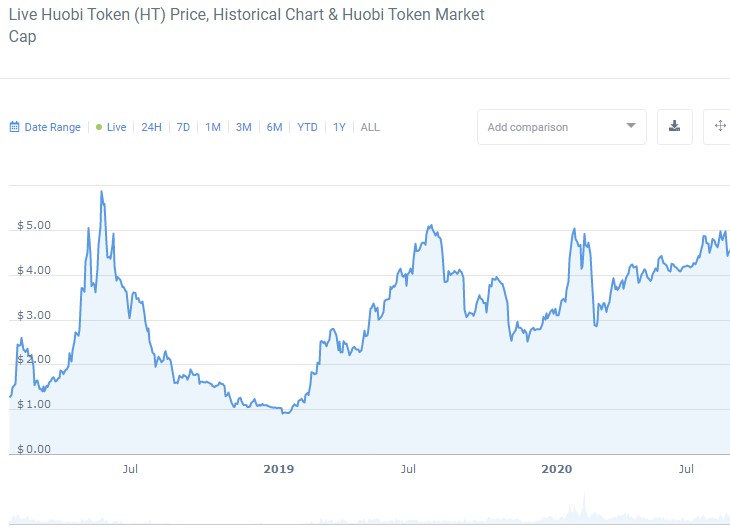 The all-time chart above depicts great resilience on the part of HT, even during the time of crises, like the one that happened in March or at the beginning of September. Even though the price had been knocked down significantly more than one time, it always managed to make higher lows.

Huobi Token needs to break out of the ascending triangle

However, the same chart shows that Huobi Token had trouble making higher highs as the buyers were constantly pushed back by the sellers whenever they tried to break through the $5 area, stopping the bulls only 20% away from the all-time high. In doing so, Huobi Token created a huge ascending triangle pattern on the weekly time frame with the multi-month resistance at $5.2 that has been penetrated briefly with upper wicks. 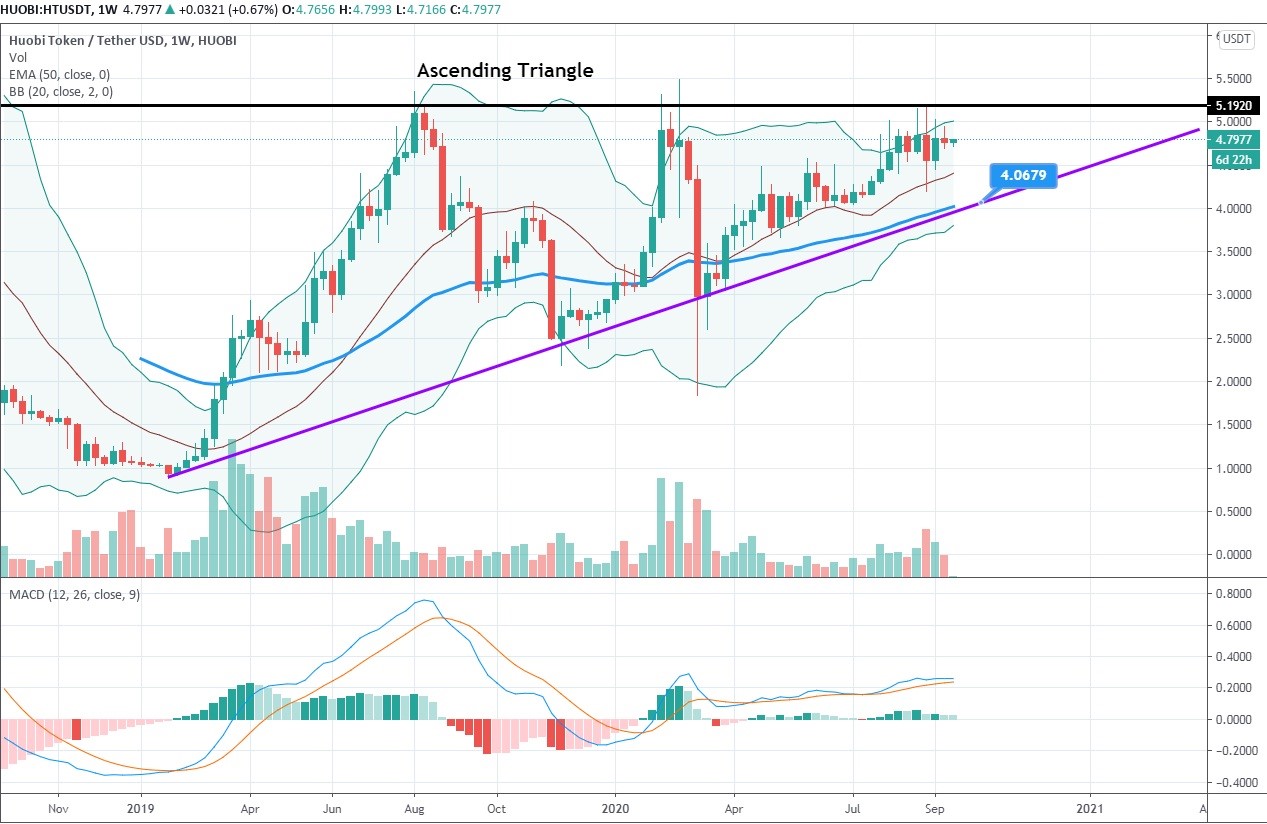 Right now, Huobi Token is priced at $4.93 on the backdrop of 5.3% price appreciation in the past seven days. The discount token is ranked 22nd with the market capitalization of $1,03 billion and the average trading volume of $113,4 million.

It’s fascinating to see how HT reacted to the recent selloff that took place at the dawn of September - it had dropped by 20% like the rest of the cryptocurrency market but made an immediate recovery to $4.8, and is likely to close the week above $4.9.

Another thing is that MACD has never descended below the zero line into the bearish zone throughout the entire year in spite of the coronavirus crisis while keeping the histogram green almost at all times. The indicator is now at 0.2, so HT still has plenty of upside potential, while the steep correction usually kicks in when MACD reaches the area between 0.6 and 0.8.

However, the closedness of moving averages to each other suggests that we might see some consolidation between $4.5 and $.5.2 during the next five to ten days. The price stays above the 50-period EMA and 200 EMA, signifying that the uptrend remains in force. Huobi Token has also been staying inside the upper band, which is also a bullish sign. The bands, however, are far from making a squeeze, which confirms our expectations regarding the breakout of the ascending triangle to the upside by the middle of October.

The important price levels to watch here are $5.2 and $4 - the boundaries of the ascending triangle. Once the price approaches the edge of the triangle, look for the breakout signals and the following confirmation and then enter the corresponding trade.