Holders of Huobi Token must be jubilant right now as it has been probably the only cryptocurrency that managed to recover after a sudden crash that had overtaken the entire cryptocurrency market. Those who haven’t got caught up in a panic sell after the initial price drop and kept their HT - or even stacked up on this coin - could have taken the profits not once but twice in a span of several days. 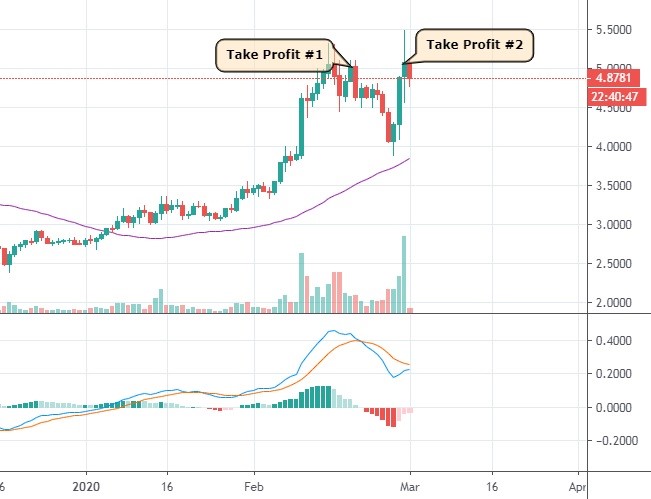 Huobi Token thrives while others are failing

Overall, Huobi Token has been probably one of the most consistent and productive performers among all top cryptocurrencies since even a steep correction didn’t send it to the red zone in terms of overall gains. Despite all drawbacks, HT had delivered 275% in yearly increases, thus making it one of the best gainers on the market, and 50% over the last 30 days that were otherwise characterized by a huge meltdown not only on the cryptocurrency markets but also on the traditional ones.

This happened largely thanks to the miraculous recovery that HT performed in the last three days following a pullback, which, nevertheless, allowed the price to retain the overall uptrend structure by creating a new lower high instead of lower low, as the overwhelming majority of other altcoins did, which evoked the speculation of the commencing bear market. That is taking into account that HT is a native cryptocurrency of an eponymous cryptocurrency exchange that is headquartered in China, a country whose economic indicators are plummeting due to the outbreak of coronavirus. Huobi Token has even outperformed Binance Coin, which is arguably the most popular - and the strongest - exchange token today. 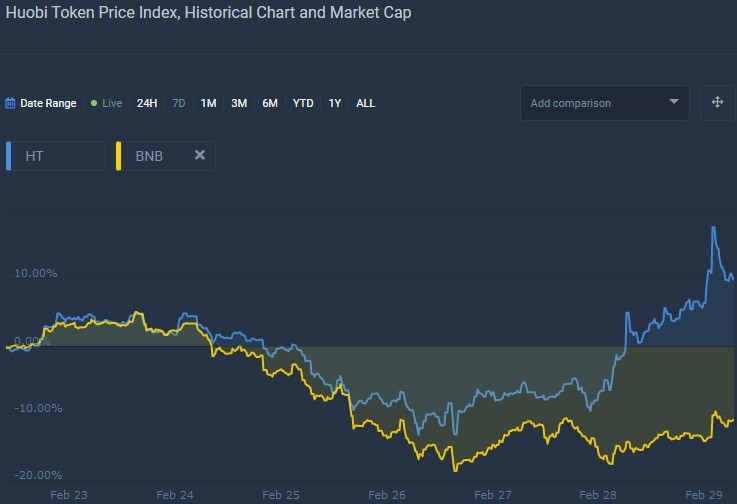 The temporary downfall of HT began on February 16 with a bearish engulfing candle that allowed the bears to push the price down, though not by much - from the resistance at $5.3 to the support at $4.5, a small move considering that the coin had been pumping for almost seven days straight, having gone from $3.5 to the mentioned resistance in just ten days.

The 15th cryptocurrency could have consolidated at the support level for a little longer, but, apparently, a lot of traders got caught up in a panic sale caused by a rapid decline throughout the entire market, so the price of NEO has had another small retracement and moved down to $4, which is still a healthy level in the context of an uptrend.

Besides, the price has coped with the task of staying above the 55-period moving average, dropping below which had traditionally signified that the price would go to a downslope. 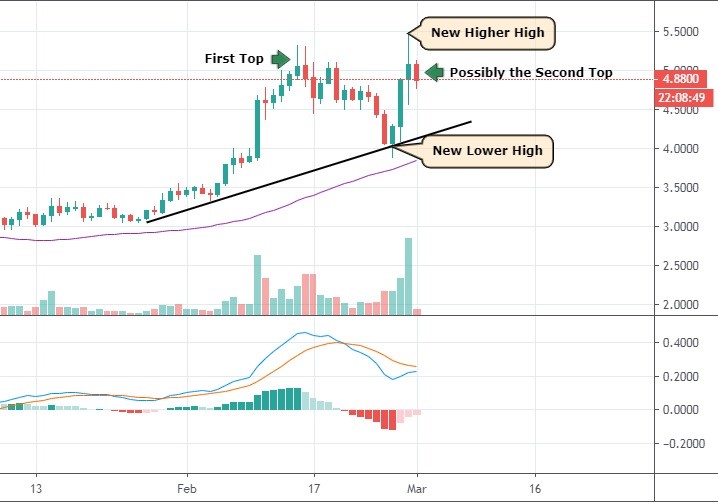 The reasons behind the recovery that followed the price drop are unclear - we shouldn’t disregard the possibility of price manipulation - but the fact is that Huobi Token has rebounded almost instantly in an impulse that significantly exceeds the theoretical dead cat bounce.

However, this upward move hasn’t been finalized yet, so the possibility remains that it could be just an episode in the formation of a bearish double top pattern that could then take the price below the 55-period MA.

All in all, Huobi Token has been arguably the best cryptocurrency of the past week, but it is crucial to refrain from entering any big trades before confirmation on the emerging pattern. The technical indicators are mostly bullish on HT, but traders should display some patience in order to see how this situation would resolve itself.