Exchange coins are gradually becoming a separate class of cryptographic assets that not only provides perks to its holders in the form of trading fees deductions, staking and voting rights, and opportunity to participate in merchant programs, but also lets traders make plenty of money thanks to generally positive price action. Perhaps we will soon see a new trend in portfolio management where a part of a portfolio consists strictly of exchange coins, one of which would surely be Huobi Token (HT).

While the performance of the majority of other cryptocurrencies has been largely unstable, Huobi Token is mostly in the green on all time frames, doing especially well against USD.

Moreover, during the past three months, Huobi Token has been doing significantly better than its main rivals, Binance Coin and KuCoin Shares. If HT continues in the same fashion, the Huobi Global platform might have a substantial influx of new traders in 2020. 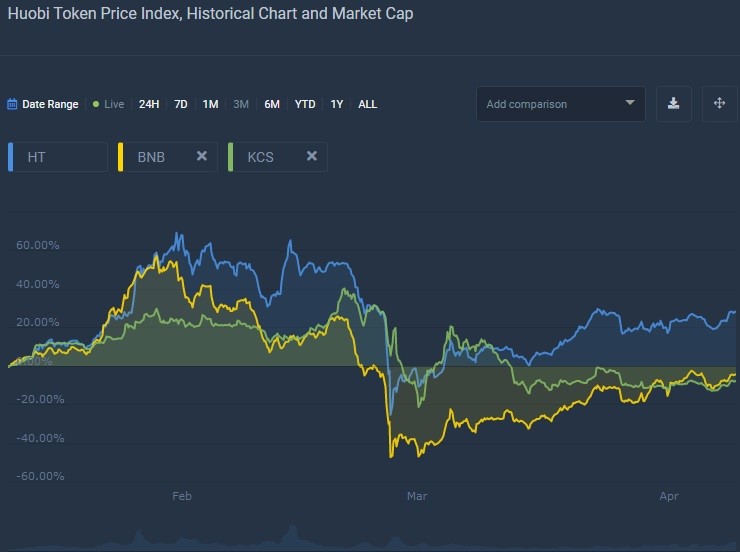 The news might help Huobi Token break the resistance

During the last few days, Huobi Global has been showering its users with positive news. Firstly, Huobi DM, a platform for derivatives trading, announced the introduction of perpetual swaps for Bitcoin, an instrument that should mitigate the market volatility. The introduction of such swaps goes to show that the project makes efforts towards improving the ecosystem in order to keep abreast of Binance that has been developing in leaps and bounds.

But the most significant piece of news arrived from Japan. On April 23, Huobi Global announced via its official Twitter that the Financial Service Agency (FSA), the highest financial regulatory body, approved HT trading in the local market, which estimated to be the second-largest in the world, thus making it the first exchange token to be approved by the government officials amid the worldwide regulatory tightening with regard to cryptocurrencies. Perhaps that would give Huobi Token enough firepower to be able to blast through a stubborn resistance at $4 and finalize the recovery after a prolonged decline, which we predicted when the market had begun giving signs of the emergence of the double top pattern. 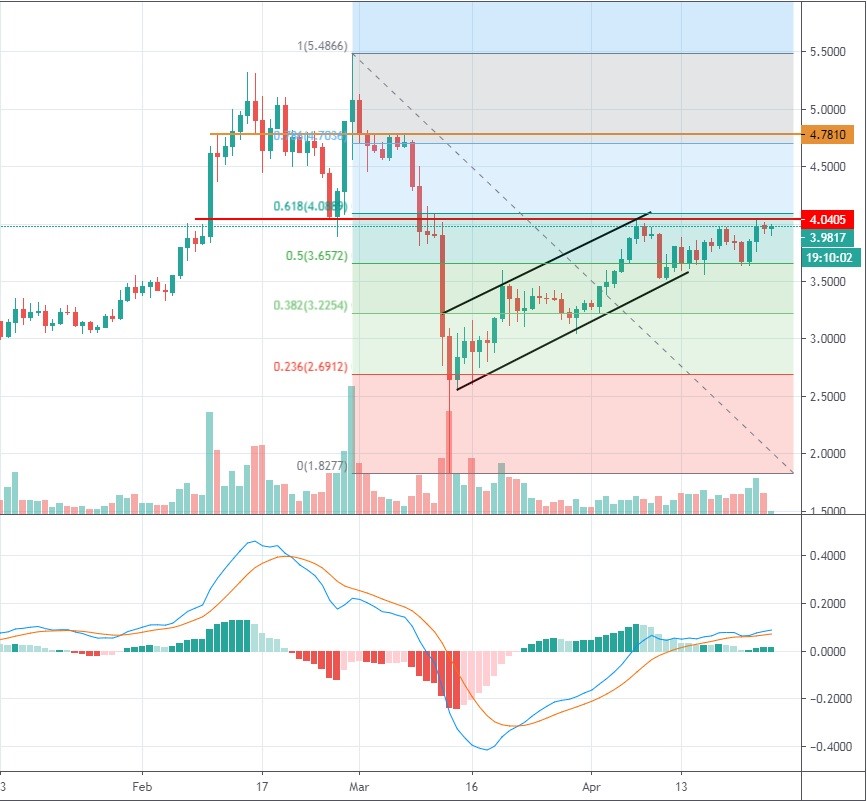 HT began the recovery with a confident minor uptrend, although it took only two swings for the price to bump into the mentioned resistance, which also converges with the 0.681 retracement level on Fibonacci. Such convergence usually means that the resistance will be hard to breach, and Huobi Token has so far been failing to do so, even though the bullish volume has been visibly exceeding the selling one.

However, this could be a temporary obstacle on HT’s path towards the next area of frequent price interaction that lies between $4.5 and $4.7, which constitutes the ultimate price target for the Q2 of 2020. A nod from the Japanese regulators and the overall positive outlook given by the chart and indicators (MACD has entered the bullish zone and aims for the area between 20 and 25) translate to a strong buy signal, so traders should consider taking a long stance on HT once the price settles above  $4.