The Bitcoin halving has come to pass, after which the price of BTC began to stagnate while its market dominance shrunk by 4%. In turn, it gave a chance for many altcoins to have their field day and come up with some impressive bullish impulses that could whet traders’ appetites.

Horizen’s 39% price increase in a week couldn’t have passed a keen eye, while its performance last month: ZEN outperformed Bitcoin by 56%, Ethereum by 25%, and pumped up its dollar value by 55%, has put this coin in the category of those that display decent potential for a low risk/high reward long play on the daily time frame.

The concept and fundamental ideas behind Horizen are not particularly sophisticated but comprehensive and efficient. According to the developers, Horizen is an exponentially scalable blockchain platform that provides means for creating customizable blockchains for corporate clients, as well as decentralized applications.

And even though that solution might become genuinely useful, it still needs up to three years to mature; therefore, ZEN won’t flourish price-wise in the near future. But even now, this altcoin offers plenty of opportunities for profiteering as it displays signs of the approaching bullish rally on both macro and daily time frames.

Horizen’s initial impulse as a harbinger of gains

Just like the rest of altcoins, ZEN should be perceived as a coin that struggles to find a proper way out of the macro bearish trend, but this one is actually putting up some real effort.

Probably the first thing that we see on the weekly chart below is a bullish divergence on the 14-period RSI that formed between December 2018 and November 2019. 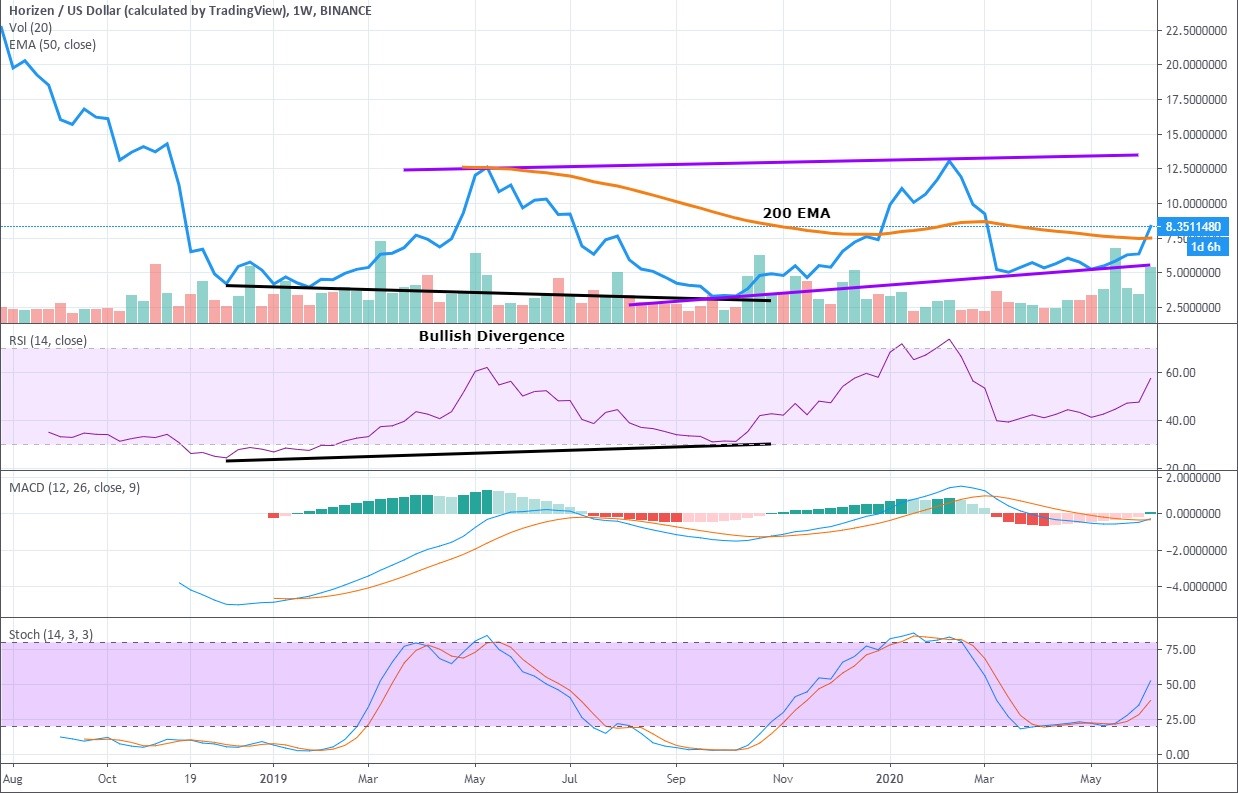 After the divergence, the price has put up a higher high and higher low, thus showing the first prerequisite of a probable uptrend. However, the 50 EMA is heading downward, signifying that the bearish momentum in this market persists, although the price has already made its way above the moving average to confirm the bullish intentions.

But, as already mentioned, ZEN is more appropriate for short-term and mid-term trading setups, so it is advisable to take profit at every price swing, if possible, not waiting until the breach of potential resistance at $13.6.

All three main indicators on this time frame are bullish, as the 14-period RSI mimics the price movement and is currently heading to 60. MACD remains in the bearish zone but appears inclined to do a bullish crossover and rise above zero again to give the extra momentum to the buyers. After a period of moving flatly at 25, Stochastic is heading south intently but remains in the neutral zone, so the bulls are unlikely to experience any substantial bearish pressure before the psychological barrier at $10. 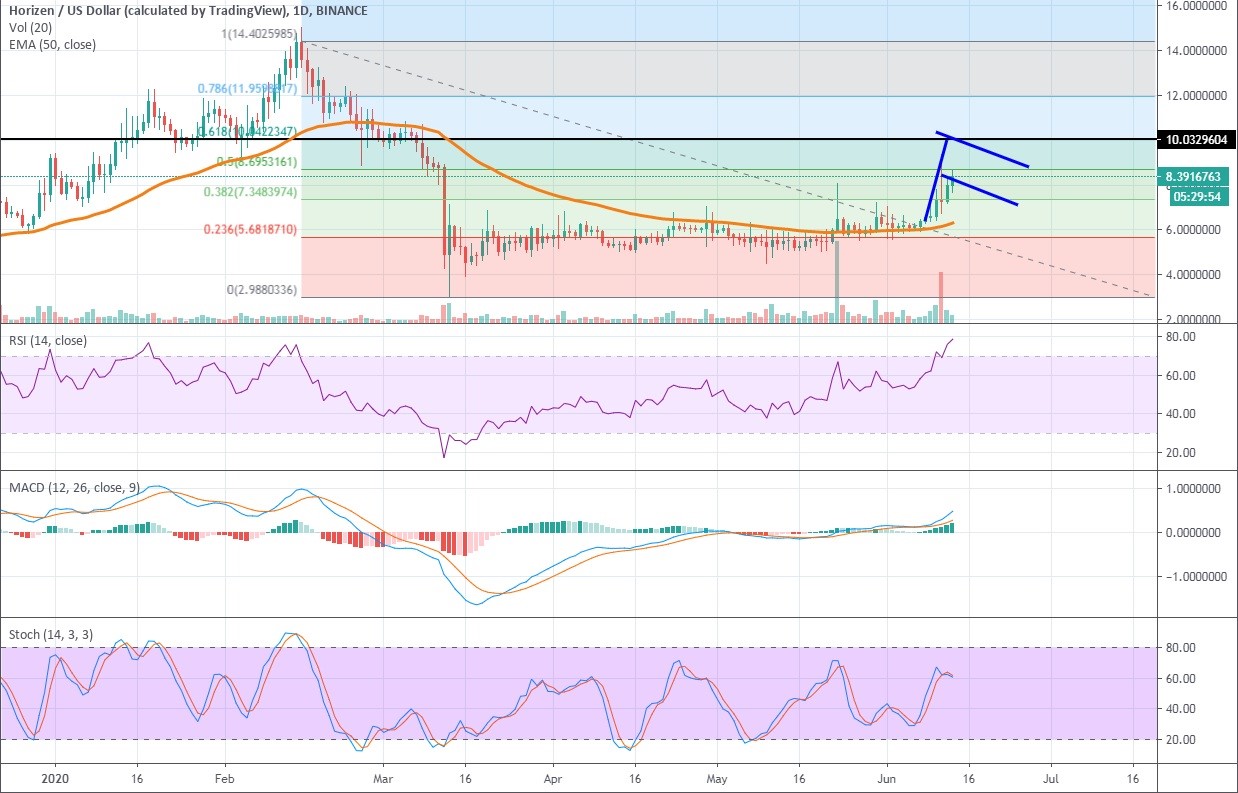 This price target coincides with the 0.618 Fibonacci retracement level, as well as the horizontal resistance, which leads us to believe that it would constitute a top of the emerging bullish flag pole. Upon resolving the flag, the price should head for the next price target at $14 that is also the top to the previous bullish rally. The indicators are also bullish on this time frame, which means that ZEN could be ripe for a long play.