After the market meltdown in March had taken Holo (HOT) to the all-time low at $0.00022, the token that represents the blockchain platform for dApps with an interesting consensus-reaching mechanism has had the strongest and the most prolonged bull rally in months. 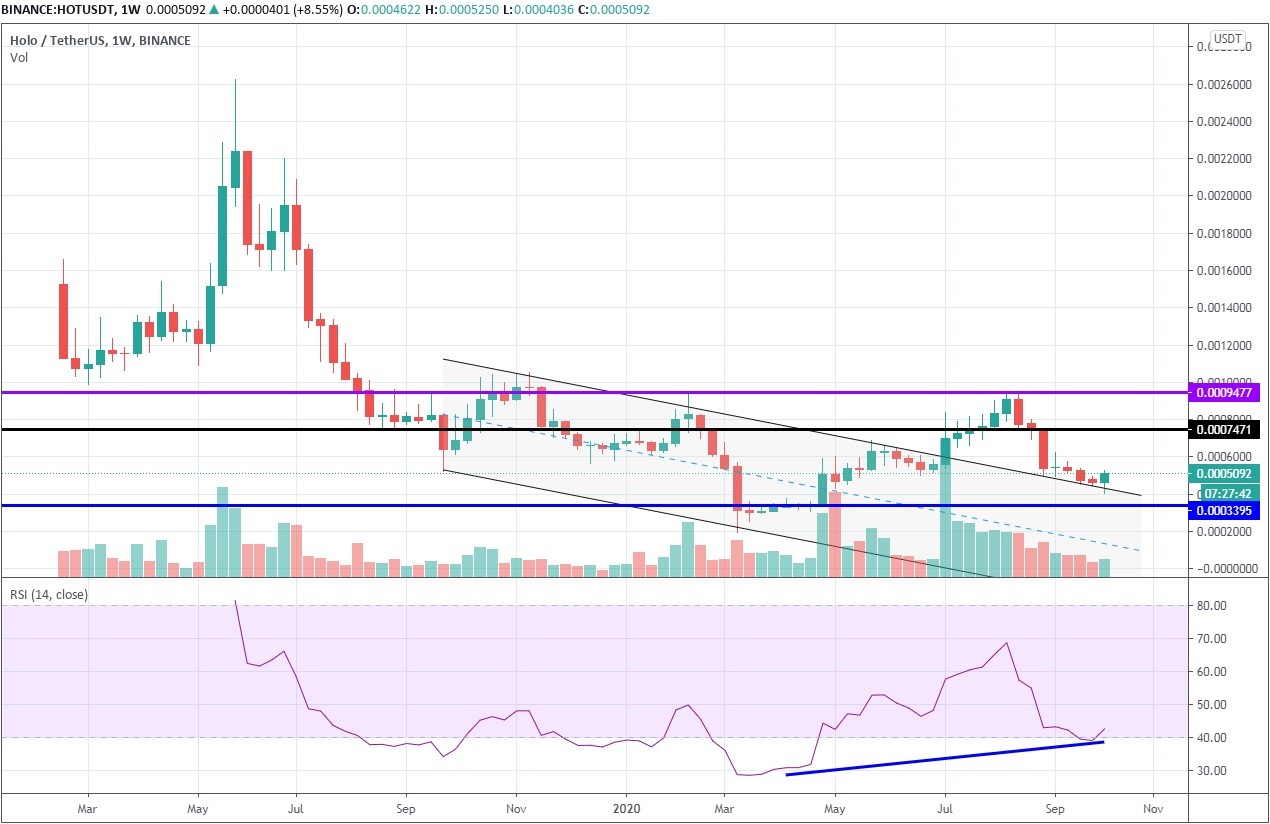 This rally led to the price breaking out of the downward channel that was marking the confines of the downtrend that guaranteed the increased interest from the buyers, which, in turn, entailed another five weeks of uninterrupted bullish price action. However, the gradually decreasing trading volume should have warned traders that the buyers don’t have enough strength to carry the price to the psychological level at $0.0012, which could have been a good price target in a fledgling uptrend, and that the upward price flow was about to reverse.

Is HOT going back inside the falling channel?

Holo began retracing in the middle of August from the price level at $0.00094. At first, it appeared as another shallow retracement before the continuation of the uptrend, but then came the September selloff, which caused HOT to lose 55.6% of its USDT value in just 49 days.

But what’s fascinating about the recent developments in this market is how well the buyers were able to hold onto the support provided by the upper line of the falling channel, which allowed to preserve the bullish outlook for this market on the macro level.

Obviously, it is of immense importance for the buyers to keep the price above $0.0005, even if it would be in the form of consolidation. This scenario is supported by RSI, which follows the price action without visible divergences, since it appears to have bounced off the support line right at the edge of the oversold area in sync with the price that got the 9% bump to the upside in the past 24 hours.

On this time frame, we have picked out four crucial levels of price interaction that will determine the future developments in this market.

To summarize, HOT still holds the promise of uptrend continuation, but first, it needs to pull itself away from the upper channel line. Watch out for the engulfing bullish candle to enter a long trade.