Holo (HOT) is the type of cryptocurrency that has significant discrepancies between its fundamental value and price action. The Holo team's technology is quite unique - some even label it as groundbreaking - as it offers unprecedented scalability for decentralized applications, and even greater decentralization thanks to the use of private forks and distributed hash tables.

But at the same time, the project inherently lacks order and meticulousness as there have been numerous instances on its team missing deadlines and not adhering to its own roadmap. There were talks about the potential business partnership with Mozilla, but that didn't come to fruition, at least for now. Lastly, Holo has an immensely tough lineup of competitors that includes Google and Amazon, which would make it extremely hard to occupy the desired space in the field of cloud computing and data hosting.

Those are the main reasons why HOT has been performing weakly over the past twelve months, not being able to provide at least a hint at an intention to reverse the seemingly perpetual bear trend, which had reached the deepest trough at $0.00022 during the latest market crash. This caused Holo to put up negative results with regard to yearly gains that amount to the negative 70% against all three dominant currencies - USD, BTC, and ETH, which is clearly depicted on the weekly chart 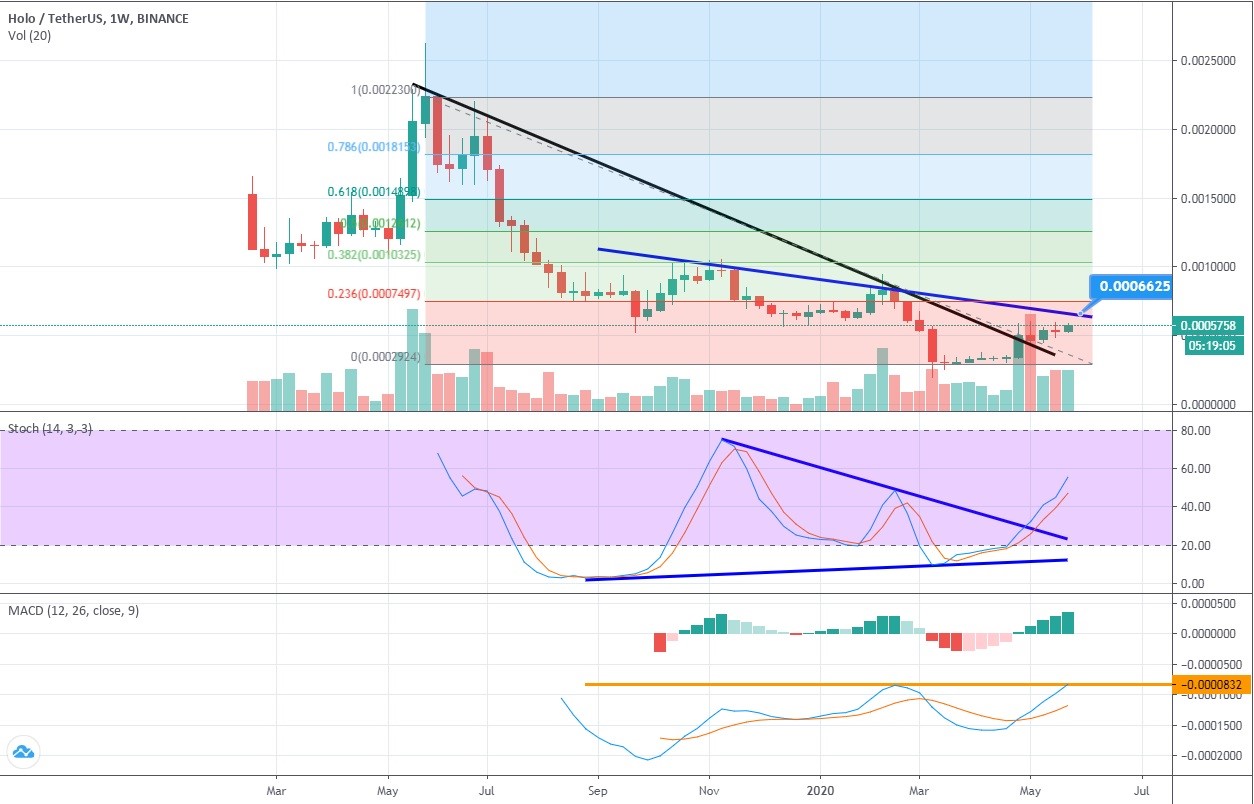 Since the market collapse in March, HOT has been unable to rise above the 0.236 level of Fibonacci retracement despite having a predominantly buying volume profile and being able to cross the macro resistance line (marked black) to the upside. However, that is rather a sign of indecision in the market, with one of its shiniest examples being the price action of May 4 that resulted in an enormous red volume bar, but did virtually nothing on the candlestick chart, finishing as a spinning top with a small body.

Nonetheless, HOT keeps chugging to the upside and will soon face another firm resistance coming from the secondary downtrend that could emerge at the level of $0.00066. However, Holo is not as incapable as one might think, as both Stochastic and MACD are visibly bullish. The 14-period Stochastic has broken out of the ascending wedge formation to the upside - a strong bullish signal - and is now making its way north to 60, with both lines going farther away from each other - a sign that the trend will persist and the upward momentum is going to accrue.

MACD has also been behaving bullishly recently, although it still can't pass the level at -0.000832, thus remaining trapped on the bearish grounds. The closest price target for Holo is $0.00066 - the way HOT deals with that level will determine its price action for Q2 of 2020. 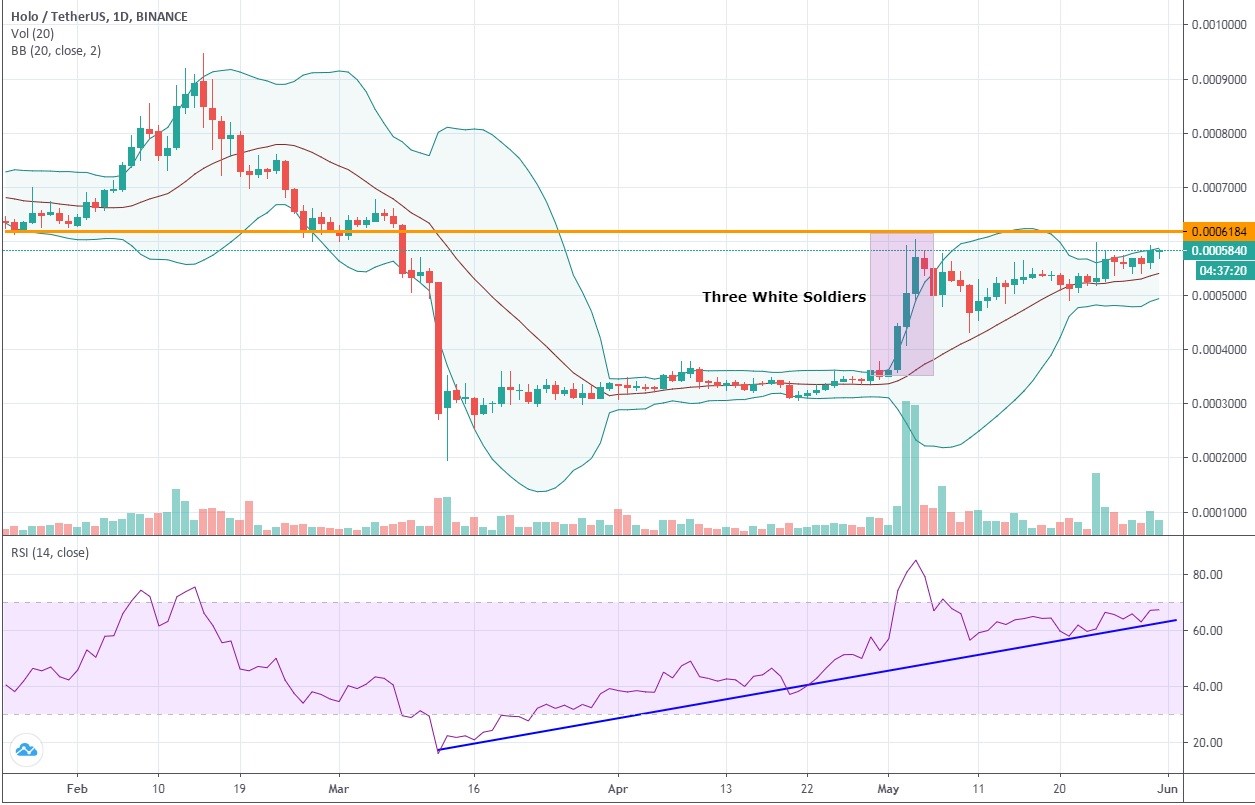 But the hope for the bullishly-minded HOT traders may lie in the daily time frame, where the price has produced a very distinctive three white soldiers formation that hasn't played out yet. However, here everything lines up for Holo to make another burst to the upside from the Bollinger Bands squeeze. Plus, the 14-period RSI still maintains the upward momentum without entering the overbought region. Watch out for the price level at $0.000618 - going above it will signal about the commencement of another strong bullish move to $0.00075 or higher.