The past twelve months were very eventful as the market went on a rollercoaster ride of bull rallies, deep corrections, and the fully-fledged market crash. Throughout this time, Holo (HOT) had constantly been sliding downhill, although what’s peculiar about the price action of this altcoin is that the troughs, even the deep ones, are always superseded by considerable upswings, a fact that could be utilized by a skillful trader.

The resistance level that will decide it all

The 1-year chart below demonstrates how HOT had recovered after the coronavirus flash crash in two large swings, having bounced off the all-time low at $0.0025. 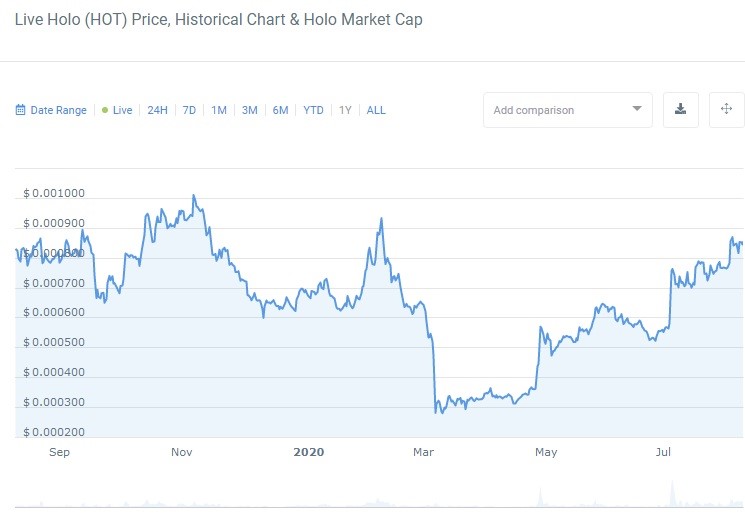 In doing so, the price of the token that represents the Ethereum-based platform for decentralized applications found itself only 10% away from the break-even zone at $0.00093, which is the peak of the previous cycle of price action. By breaking this price zone, and possibly even the other one at $0.01, Holo will initiate a secondary uptrend that should move to the upside at the double pace as there would be far fewer resistance zones between that price level and the all-time high at $0.0026. However, getting to the historical high is a distant possibility, while we are going to focus the Holo price prediction on more immediate price action.

HOT’s behavior on the weekly time frame has been visibly bullish since the break out of the long-standing descending channel to the upside on the back of the record-high trading volume and at the presence of an enormous bullish engulfing candle that usually acts as a harbinger of a bullish rally. 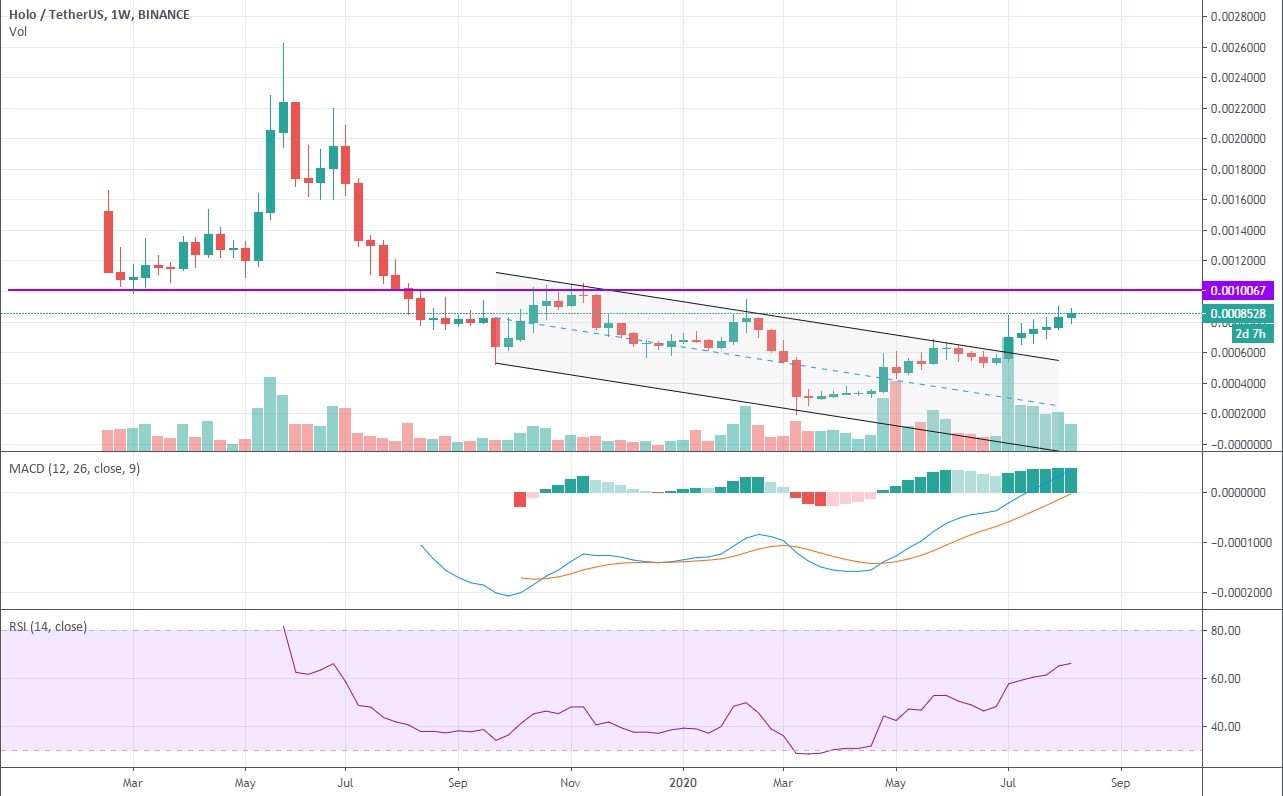 Also, notice that even a considerable decrease of trading volume after the break out didn’t result in the price being pulled to the downside, which is a strong sign that the buyers have a powerful grip on this market.

Therefore, we predict that Holo will test the resistance at $0.001 next week, with the high possibility of breaking it to the upside. There is a window of opportunity for a quick long trade, but the better time for position gathering would come once HOT gets comfortable above $0.001. A rejection from that level would mean the cancelation of the bullish scenario and the beginning of the correction.

However, if you are trading in the HOT/ETH pair, which is the second most popular trading pair on Binance, and entered a long position somewhere at the beginning of the month, cut the losses as soon as possible because as the chart below shows, Holo will have another drop against ETH. 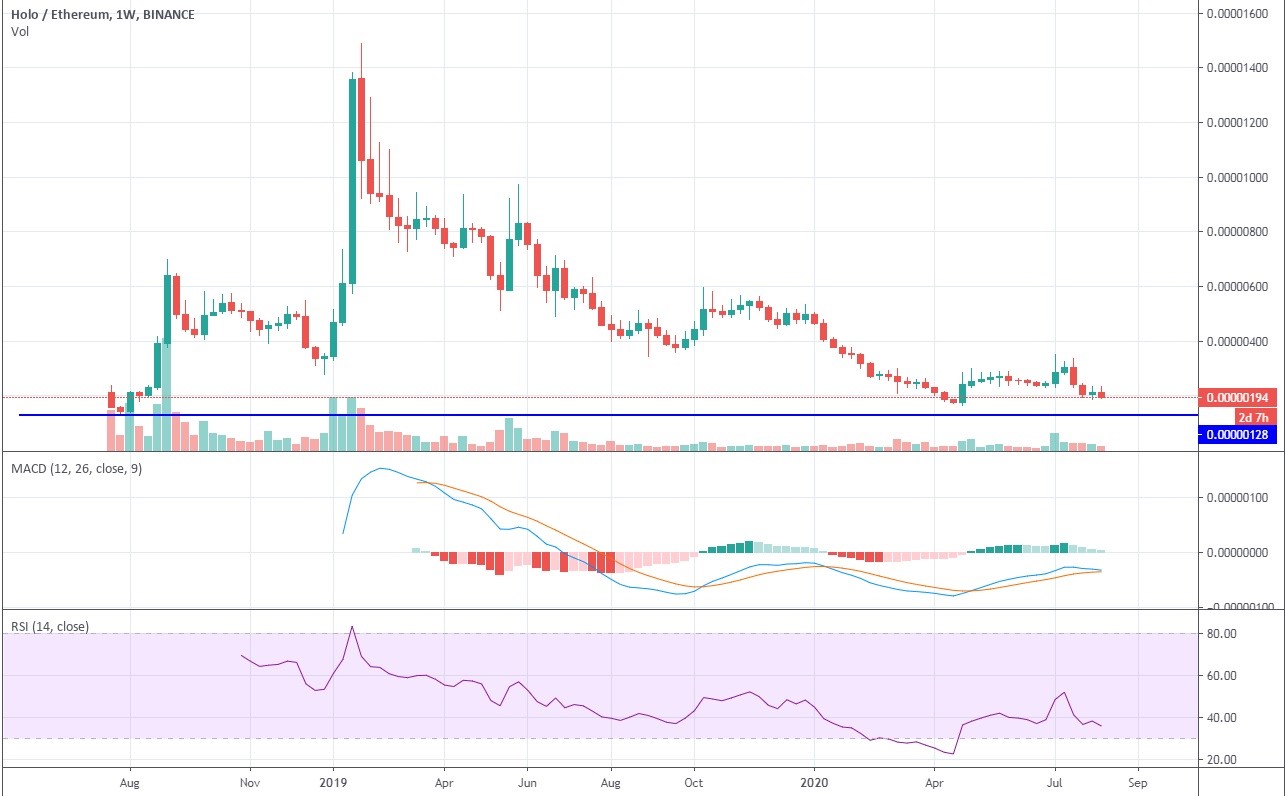 Given the current strength of Ethereum, and the fact that MCD is about to cross to the downside, while RSI has been plodding down for weeks, we predict that the price of HOT will descend to $0,00000128 or even lower.