Grin is undoubtedly one of the most elegant options for all those who strongly value anonymity and the absence of any kind of restrictions when it comes to monetary transactions. It utilizes the innovative Mimblewimble blockchain protocol that is said to meliorate the privacy and scalability of the corresponding network. But while this coin possesses genuinely innovative fundamentals, it’s prowess in terms of gains and the overall price action leaves much to be desired. 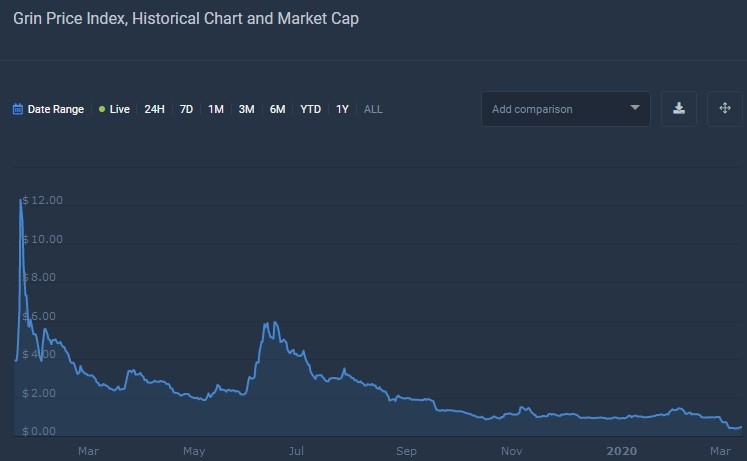 As you can see on this chart, GRIN was at its best at the time of the exchange listing, which happened in January of 2019. Right of the bat, the coin had shot up to the all-time high at $12 and then slid downhill equally fast. Its competitors include the other two well-known privacy coins: ZCash and Monero, which have different technical characteristics but belong to the same class of coins, nonetheless. However, this comparative chart shows that GRIN is inferior to ZEC and XMR when it comes to long-term gains. 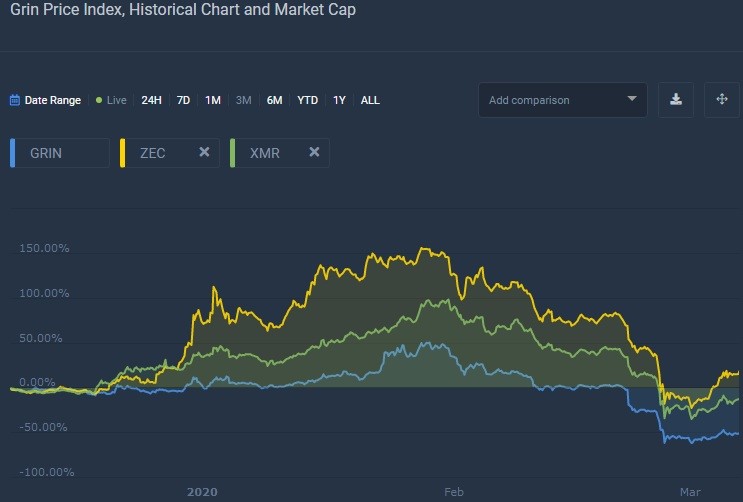 In the last twelve months of its existence, the value of Grin has lowered by 83%, with 60% accounting for this month alone, though we certainly should take into account that current disastrous situation on all markets. All in all, GRIN is definitely more suitable for occasional anonymous transactions, but the holders may as well trade it for some profit.

Like all other cryptocurrencies, GRIN had experienced a devastating blow that sent the price to the all-time low at $0.3, recorded on March 13. But unlike other coins, which saw their gains made during the short-lived uptrend of January/February wiped out by the crash, Grin had lost its four days before the downfall even occurred, which must have left only the devotees holding this currency. 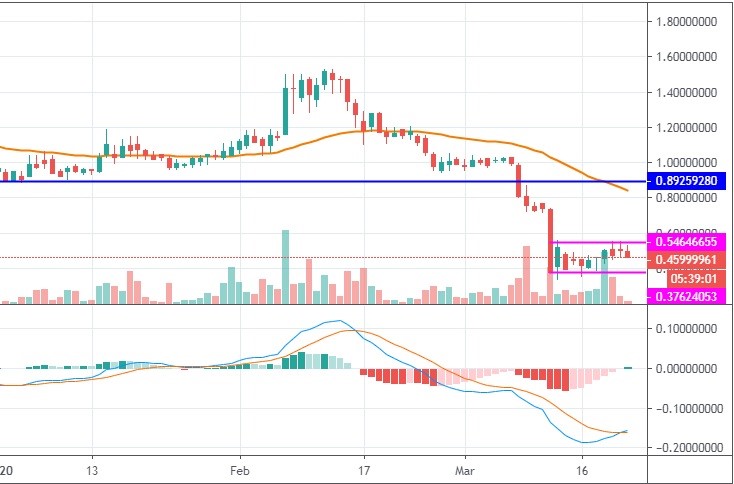 This is probably one of the reasons why the coin has performed an unimpressive recovery, having regained only 35% since the all-time low. Right now, GRIN is trading in the range, just like the rest of the market, and shows little to no prerequisites for the significant swing to the upside. MACD might have formed the bullish crossover, but it is presently swimming way too deep below zero - therefore, this potential move could be regarded as insignificant. Grin’s current trading volume profile is mainly bearish, whereas the brief flashes of buying activity resulted in absolutely insignificant green daily candles that did nothing except for keeping the coin in the $0.37 - $0.54 range.

Therefore, even the period of bullish action - which rarely lasts more than a day in these market conditions - would lift the 135th currency only to the top of the consolidation channel but not higher. Interestingly, the average trading volume of GRIN didn’t experience any abrupt changes over the course of last month, ranging from $20 million to $40 million. This is a good sign since it shows that traders aren’t abandoning the currency even in times of crisis, but, on the other hand, it means that one shouldn’t expect any sudden injections of liquidity that might have helped the coin climb outside the trading range and a bit closer to the 50-period moving average, which has traditionally served as a point of attraction for GRIN.