So far, the year 2020 has been very fruitful for Golem (GNT), despite the flash crash in March. The token price began to soar in the first weeks of the year but then collapsed to $0.026 after the coronavirus pandemic had hit the entire world and affected all markets severely. Nevertheless, GNT didn’t fall to the all-time lows, as many altcoins did during those gloomy days, and began to slowly roll to the upside, having first taken out the level at $0.05, from which the price had a nosedive in March, and then continued to chug along with the gradually recovering market. 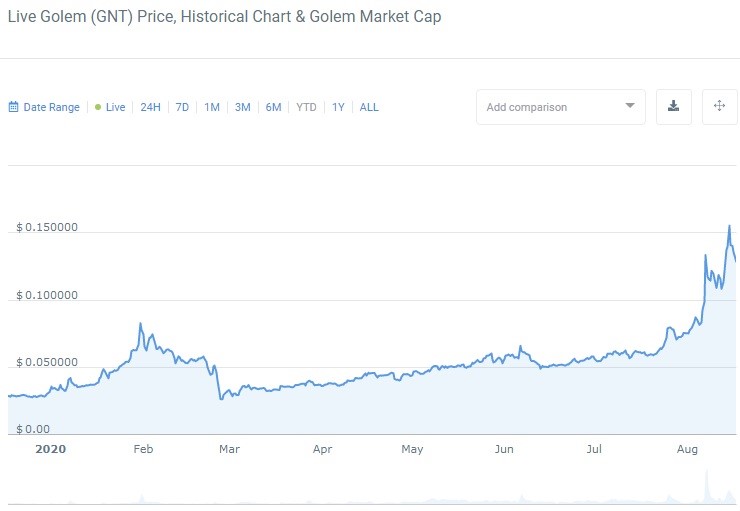 Golem has been flying below the radar of most retail traders until the first week of August when the buyers began to enter the market and push the price of GNT vehemently to the upside, which resulted in the respectful 120% gain against both USD and BTC over the past four weeks. You can see GNT’s latest performance profile below.

August can be dubbed as an explosive month for Golem, and such late awakening could mean that GNT has a lot of unrealized upside potential, though it could also result in a premature start of correction once the DeFi frenzy wears off.

Are fundamentals to blame for the recent rally?

It turns out that the latest 120% leap to the upside might have been caused by the launch of an Alpha testnet of the Golem blockchain network that is supposed to facilitate the development of decentralized applications and become a more developer-focused platform. Before that, the team had published its proposition concerning the Proof-of-Device algorithm that allows users to validate their devices, as well as their identities, in a fully anonymous yet completely reliable manner.

Such activity on the part of developers and the prospects of significant fundamental improvements in the near future has powered the biggest rally Golem has had in months. Since this respectable GNT price appreciation is obviously not of the artificial nature, and further improvements are to be expected in the near future, we base our Golem price analysis on the premise that GNT will maintain its bullish stance in the near future, given that the rest of the cryptocurrency market would refrain from collapsing in the next few months.

GNT has retracement in the making

The recent progress of Golem is clearly depicted on the weekly chart, where GNT has had three unsuccessful attempts at thrusting through the resistance at $0.148 that converges with the 0.6 Fibonacci retracement level. 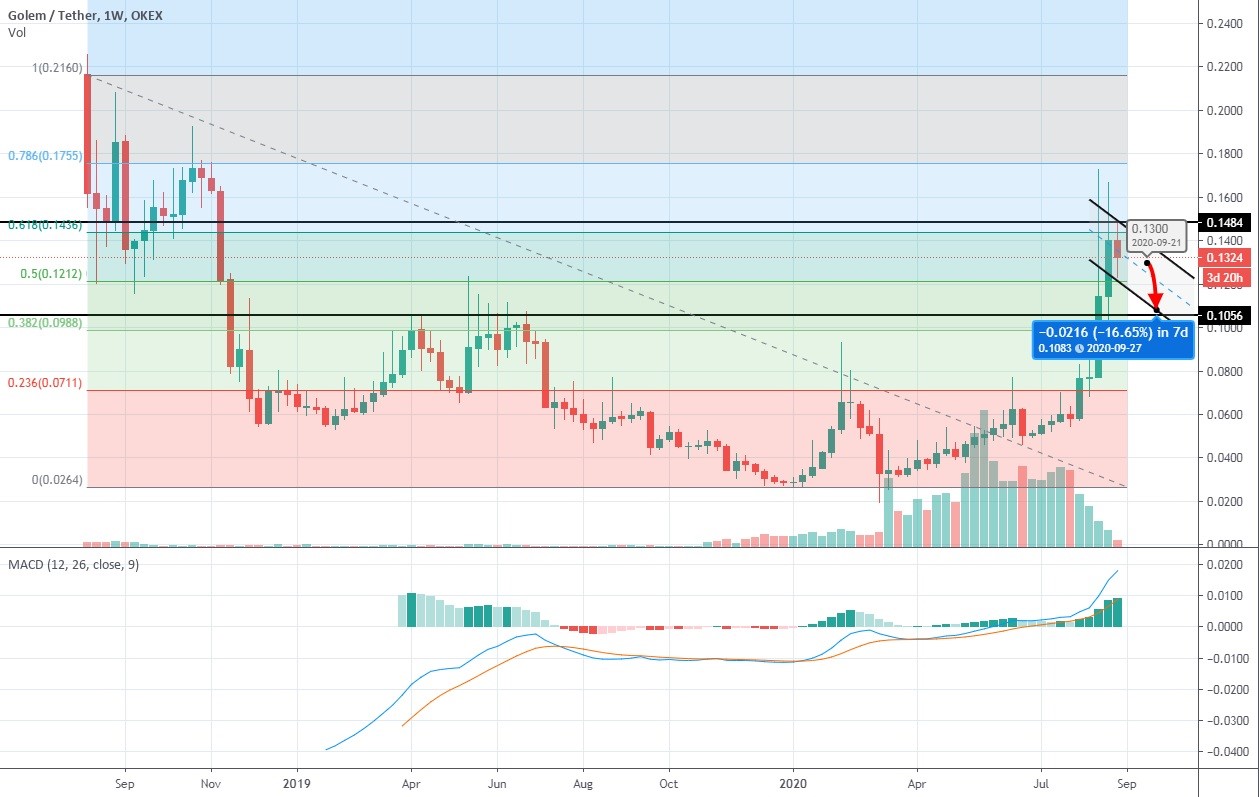 We are convinced that Golem will be having a retracement over the next seven to ten days because the trading volume has been on the decline while MACD is close to reaching the edge of the overbought zone that often results in a bearish crossover that entails further price degradation. Traders are most likely to see the emergence of the bullish flag pattern that could force the price to stay near the current level - with support being at $0.121 - or descend either to $0.105 (the support level dictated by the price action) or $0.098, which represents the 0.382 Fibonacci level. Once the flag gets broken to the upside, GNT is highly likely to shoot for $0.18.