Fantom (FTM) Is About to Fall Through the Floor

Fantom (FTM) is yet another DeFi coin that enjoyed a meteoric price rise this year, though it went somewhat unnoticed due to the relatively low rank that places it outside the top 100. At the moment, FTM’s value is assessed at $0.025, obtained after the 6.7% price drop in the last 24 hours. Fantom now holds the 139th position on Coinmarketcap, with the market capitalization of $53 million, but it reached $100,3 million at the peak of the recent bull rally. Binance and DigiFinex are the two cryptocurrency exchange platforms that accommodate the largest percentage of FTM trading volume that has been fluctuating between $7,4 million and $48 million over the past 30 days. 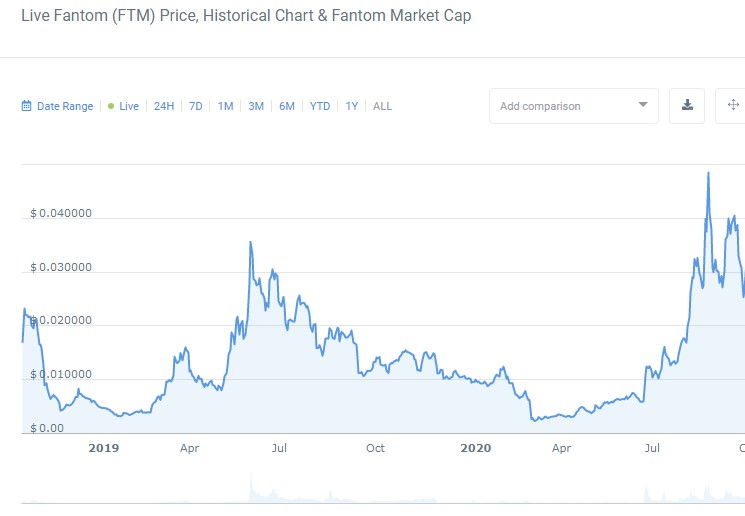 Fantom has been quite an achiever this year, especially after the market collapse in March, upon which the altcoin had embarked on the biggest rally in its existence that boosted its price by 380%, with the all-time low at $0.00193 (registered on March 13) being the jump-off point. The rally had climaxed at $0.055, the current all-time high, and then the price collapsed by 54% to the current price level, though it has found strong support there. 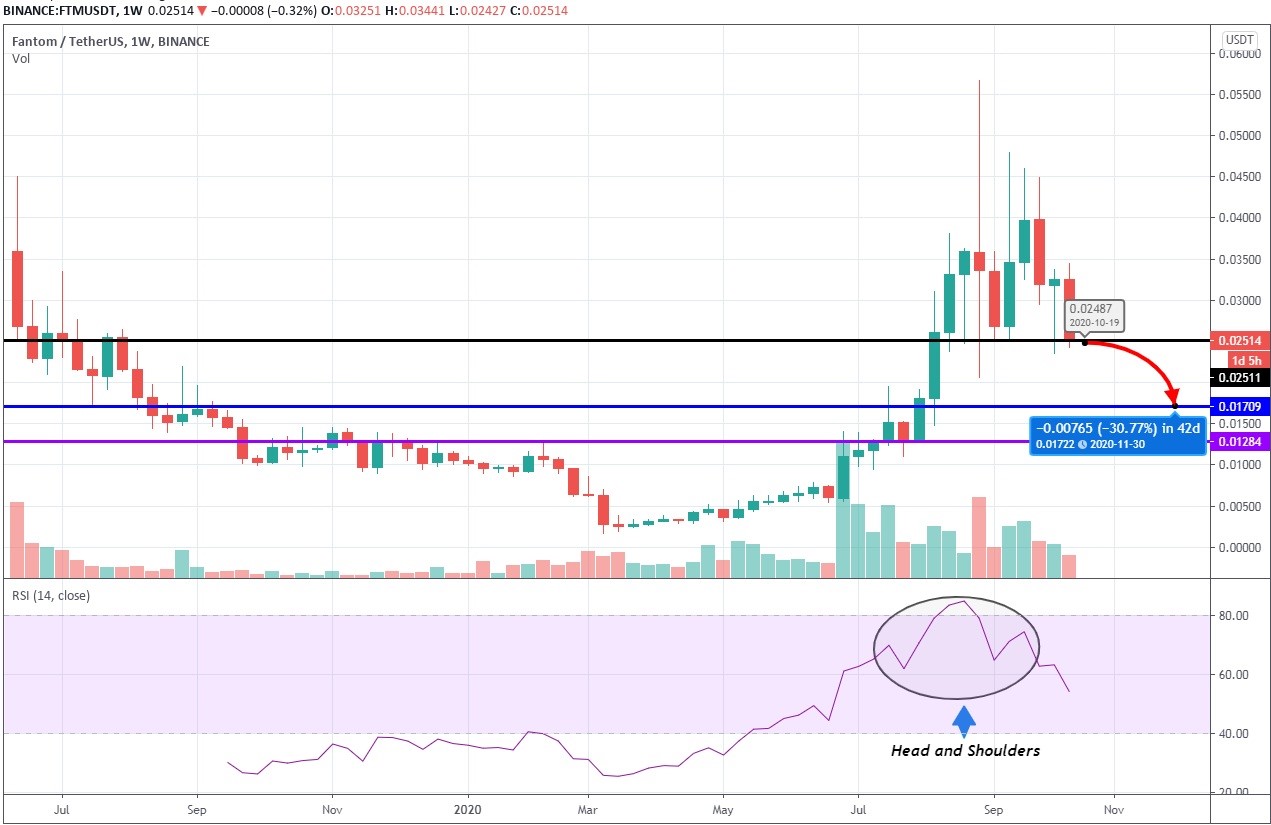 As already mentioned, FTM is the DeFi token that powers the blockchain platform that has the directed acyclic graph (DAG) at its core. The main purpose of this platform is to provide the developers with means for creating their proprietary consensus algorithms.

The project was established by Dr. Ahn Byung Ik, the well-regarded computer scientist from South Korea, who wanted to expedite the speed of transactions to two seconds. The FTM token can be used for staking, allocation of user rewards, and fee collection.

Basically, the Fantom Foundation attempts to solve the problem of scalability, which plagues the entire blockchain space, but their progress appears to be slow, though it doesn’t reflect too negatively on FTM’s price action.

The weekly chart shows how dedicated the buyers are to defending the support level at $0.025 that had been tested during six out of nine weeks of FTM’s presence above that level. Moreover, that price level had often been interacted with during the summer, which makes it an ultimate magnetic point.1-week FTM/USDT chart

A drop below that level would create a landslide to $0.017, a 32% price reduction, that would still make for a proper higher low on this time frame. We reckon that such a drop is more than feasible, given how bearish is the 14-period RSI, which is crashing to the downside after completing the head and shoulders pattern. Should the bearish pressure persist, the price drop could be as deep as $0.012 that would constitute the V-shaped reversal.

The price action on the daily time frame fully confirms our bearish expectations as FTM is about to draw the second red candle, while the Bollinger Bands are heading south. 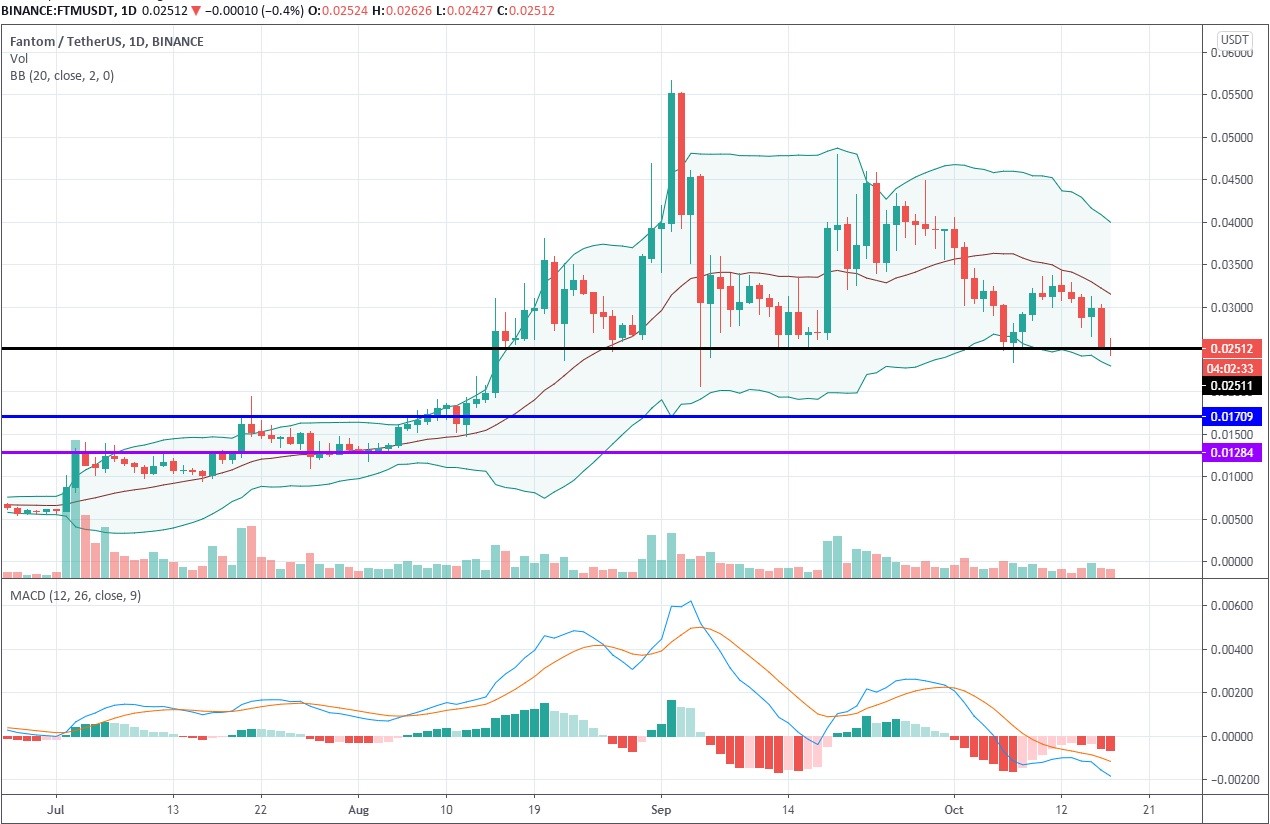 MACD is now deep in the bearish territory, displaying the strength of the corresponding momentum and the intention to reach the oversold extremes. This gives us more than enough reason to believe that Fantom will have another 30% price drop in the next seven to ten days.