Ethereum: Is the rivalry still on?

A couple of years ago, Ethereum was hailed as an undertaker of Bitcoin that could disrupt the dominance of the founding father of all cryptocurrencies. And indeed, for a certain period of time, ETH was among the best performing top coin, backed by a robust ecosystem that was home to the most innovative blockchain solutions at that period.

The ousting that wasn’t meant to be

However, as time went by, numerous technical issues began to arise with regard to the scalability of Ethereum blockchain, dubious decentralization, and so on, which hampered the cryptocurrency both in terms of reputation and value. But instead of going at length about the reasons why Ethereum didn’t live up to expectations, take a look at the ETH dominance chart, which should speak louder than words. 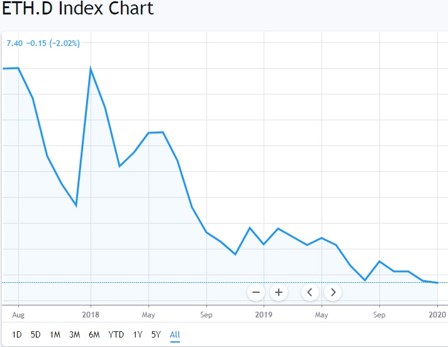 Over the course of the last two years, Ethereum dominance has crumbled from the respectable 24% in 2017 and 2018 to a mere 7%. This significant downfall translated to poor showings in 2019, which ETH finished with measly 12-month gains of 13% - a sheer disappointment, especially in comparison to Bitcoin’s 121%. Although many traders believe that Ethereum has been mimicking the price action of Bitcoin during 2019, which is valid to some extent, judging from the comparison graph below, which represents a price movement of both coins over the last three months. 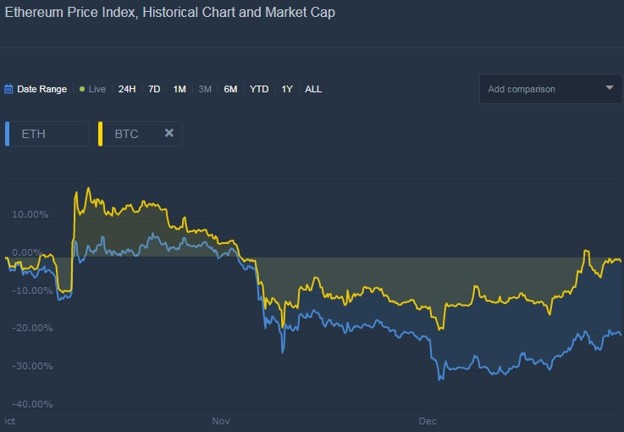 During the months that followed the conclusion of the 2019 bull rally, Ethereum made only one attempt to break through the confinements of the regression trend, but to no avail. On the daily ETH/USDT chart, the 2nd cryptocurrency isn’t displaying any serious intentions of breaking to the upside, not in terms of patterns or trading volume. 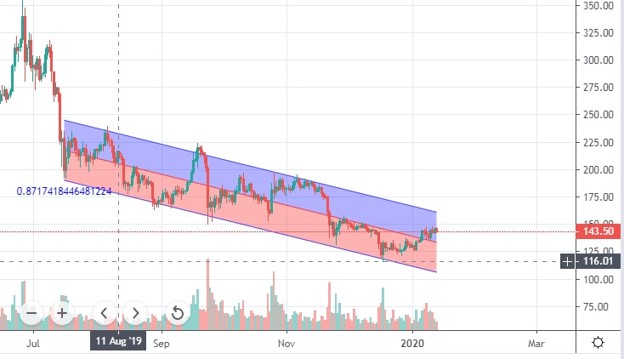 On the lower time frames, however, things look a bit brighter for ETH: on the 4-hour chart, for instance, the coin has bounced off the interim support at $120.68 and is now trying to breach the resistance at $148. However, the price still can’t establish a foothold above the 4th Fibonacci retracement level. 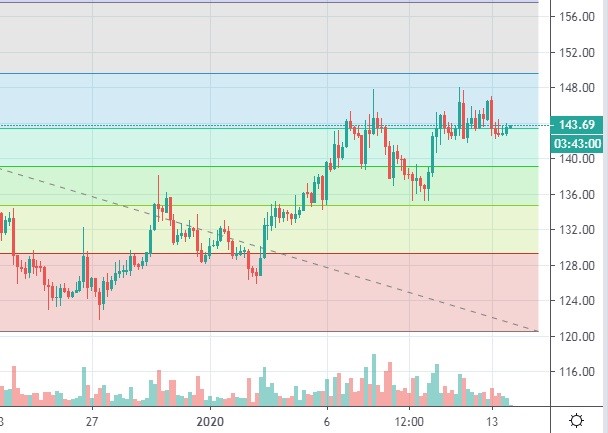 By the way, Ethereum is currently in the recovery phase after a significant price decline from $144 to $120,27, which constitutes a 19.73% reduction, that happened after the Istanbul hard fork, which occurred on December 7, 2019, and should have put the ecosystem one step away from Ethereum 2.0. But the market, obviously, reacted quite negatively to such an improvement in fundamentals - a fact that must be accounted for in the ETH trading strategies.

Is the rivalry still on?

Going back to the Ethereum’s competition with Bitcoin, let’s have a look at the daily ETH/BTC chart. It becomes apparent that Bitcoin is outperforming its rival my miles as Ethereum puts up one red candle after the other, keeping in line with a downtrend that began back in January 2019. 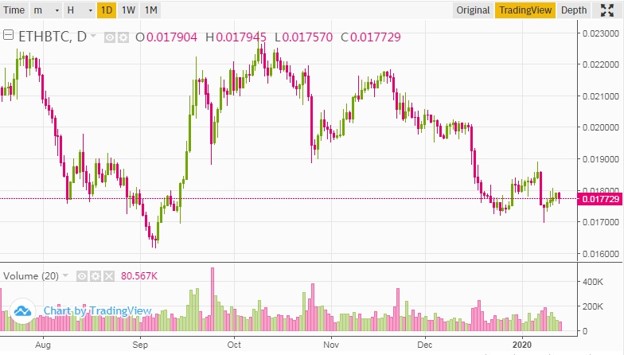 What’s next for Ethereum?

Needless to say that right now, it is definitely not the best time to go long on ETH since the coin is still trending downward. The ETH/USD confluence indicator shows that the currency is likely to consolidate in the channel between $143.95 and $145.1. 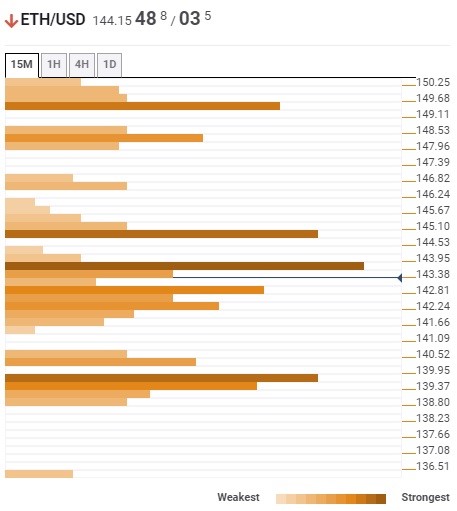 Otherwise, the decline to $139.37 looks very probable. As for technical indicators, the 10-to-50-day EMA points at a strong sell - the SMA’s are in agreement with it. To summarize, Ethereum is not geared up for gains now, so traders may entertain the possibility of going short or hold the coin until reversal.