Ethereum (ETH) has had a very rough past month that was characterized by large troughs and practically no progress to the upside. In the last 30 days, the second cryptocurrency went to the downside by 16.4% against USD and also lost to Bitcoin (BTC) by 13.3%. But despite the latest selling pressure, ETH maintains the positive standing on the yearly scale with a 98.4% gain against USD and 53.6% in the pair with BTC.

Presently, Ethereum is priced at $348, 77, after a minor 0.48% price appreciation in the last 24 hours. There has also been a considerable drop in market capitalization from $44 billion to $39,3 billion caused by the landslide of the price and the overall bearish sentiment throughout the market. 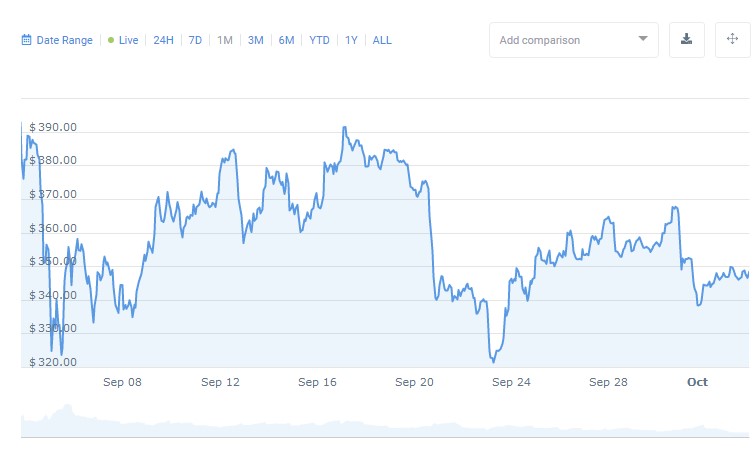 Such a sizable price depreciation happened on the back of growing COVID-19 concerns that exerted a negative impact on traditional markets and cryptocurrency one by association. Besides, Vitalik Buterin said in a recent interview that the team that’s developing Ethereum 2.0 encountered a lot of unexpectedly complicated issues, which means that the launch of the fundamentally renewed platform could be once again postponed indefinitely. Therefore, the only fuel for growth for Ethereum could only be provided by DeFi tokens that stem from this particular blockchain.

A drop to channel support is expected

The weekly chart suggests that the buyers are so far succeeding in keeping ETH within the confines of the ascending channel through holding to the support level at $334 upon being rejected at $485. 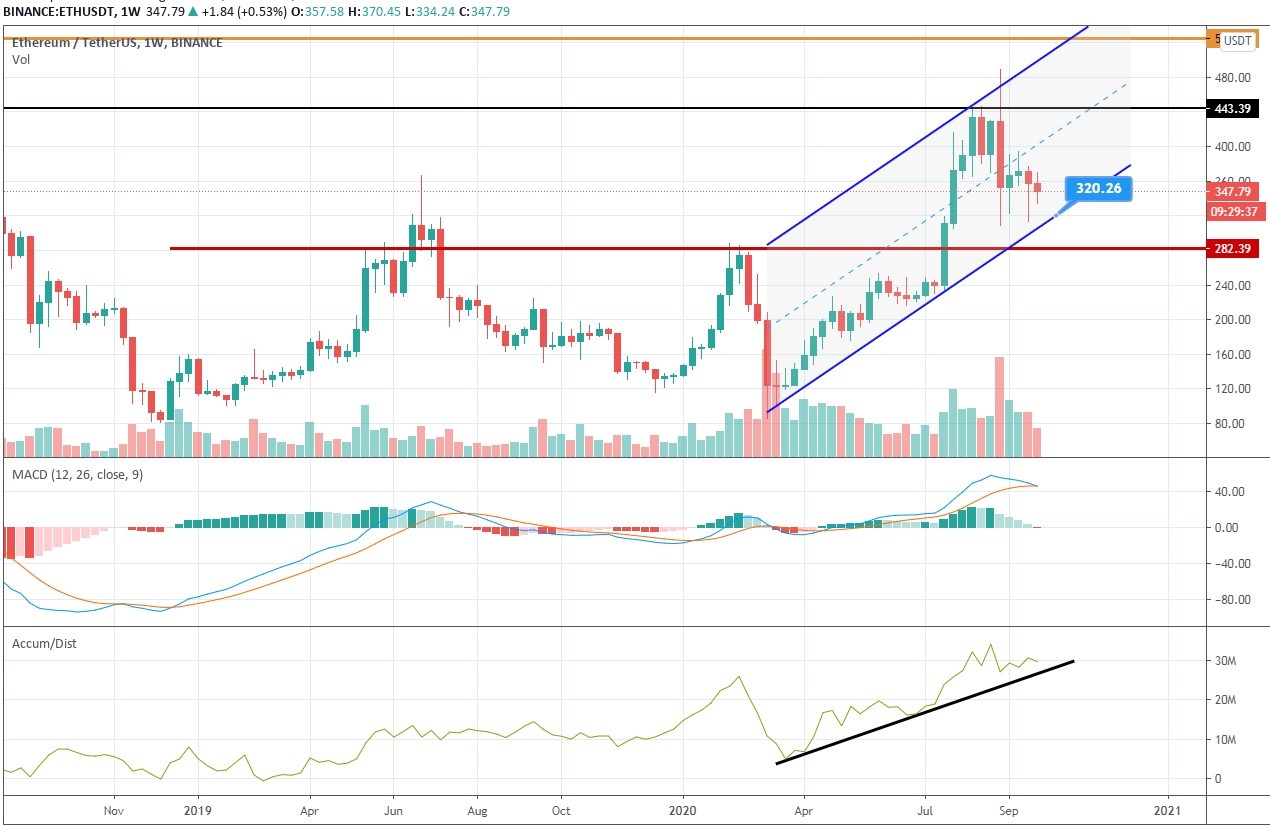 Should the bulls have a show of resilience, the price is going to spring back from $320.2, the support level determined in a previous ETH price prediction article. That will be the most favorable scenario if Ethereum is to maintain the bullish stance and the uptrend structure. However, the probability of that is greatly reduced due to the behavior of key indicators, which suggest that the bearish momentum is going to intensify. 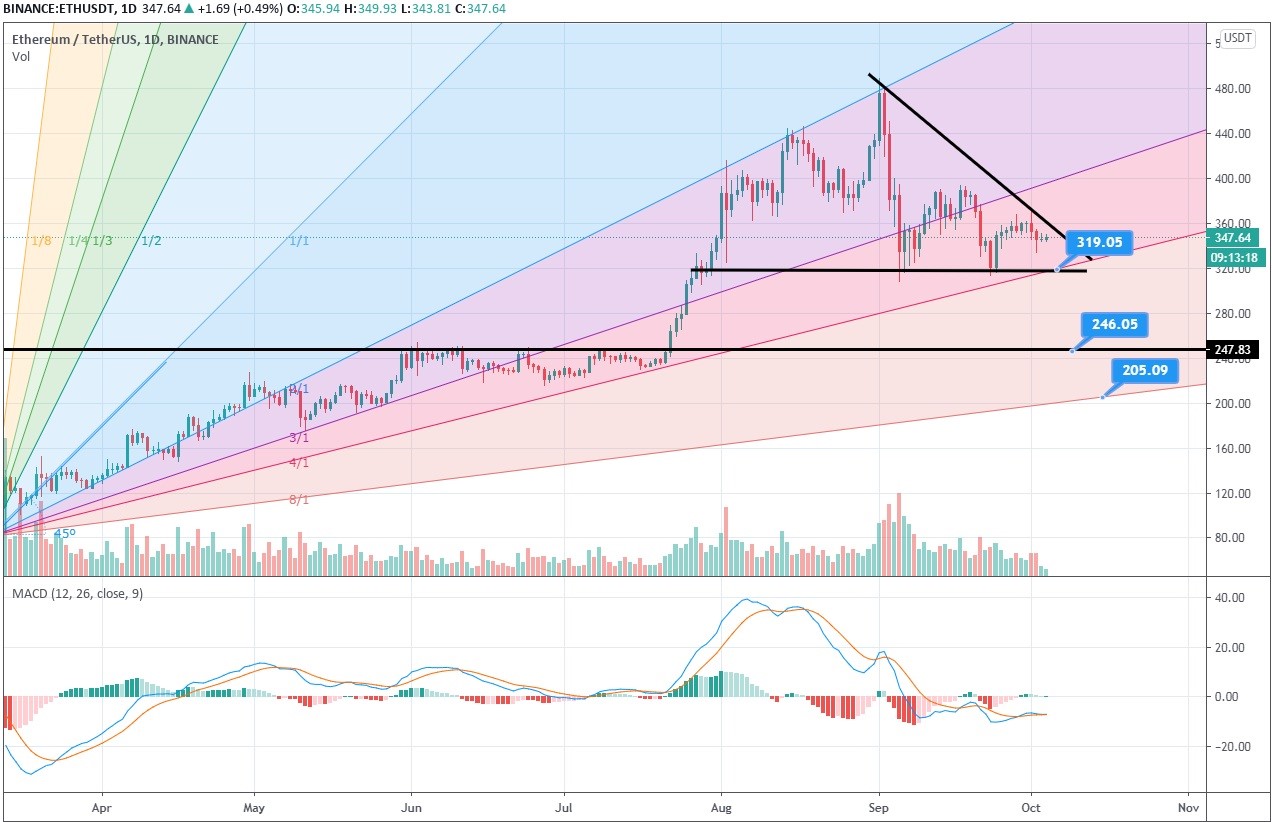 On the daily chart, we plotted the Gann Fan to determine the probable levels of future price interaction. Since the price action takes place inside the descending triangle, we anticipate the resolution to the downside at $319 that would lead to the landslide to $246, an area of strong support where the price consolidated in June and August. Should that level fail to hold, ETH will dive to $205.