The launch of the Ethereum 2.0 testnet is the second most-anticipated event of this year after the halving of Bitcoin, which took place on May 12. With halving out of the picture, the attention began to shift to Ethereum and its brewing solution.

The upgraded testnet could be launched in June

According to the reports from the team, the launch of Schlesi, which was regarded as the unofficial Ethereum testnet, was largely successful, although not without a few hitches, such as the problems with transaction finality. The developers are assuring that the necessary work is being done, and they plan to launch the upgrade to the current version of Schlesi 0.11.2, thus making a transition to version 0.12, somewhere in June.

There were also rumors swirling around concerning Buterin’s alleged plans to give a green light for the fully-fledged transition to Ethereum 2.0 on July 30, but these speculations were later denied by the founder himself.

In any case, it appears that Ethereum is going to be the main newsmaker in Q2 of 2020, which means that the price of second cryptocurrencies will be highly susceptible to news, rumors, and hype, which, in its turn, means that Ethereum traders should brace themselves for the instances of erratic price movement before the launch of Schlesi 0.12.

Taking all the expected fundamental improvements aside, Ethereum is looking magnificent in a pair with USDT as the price has not only been diligently establishing lower highs but also successfully climbed above both 50-period and 200-period EMA’s, which is always a sign of the bullish agenda in the market.

But most importantly, the moving averages have formed a distinctive golden cross on May 4 that could play out really nicely in the coming week or two since ETH starts entering the tightening Bollinger Band formation, though calling it a squeeze would be far-fetched. Most likely, we are witnessing the commencement of a short consolidation phase, during which the price will further entrench above both EMA’s whilst big buyers would be gathering greater positions prior to the next upswing. 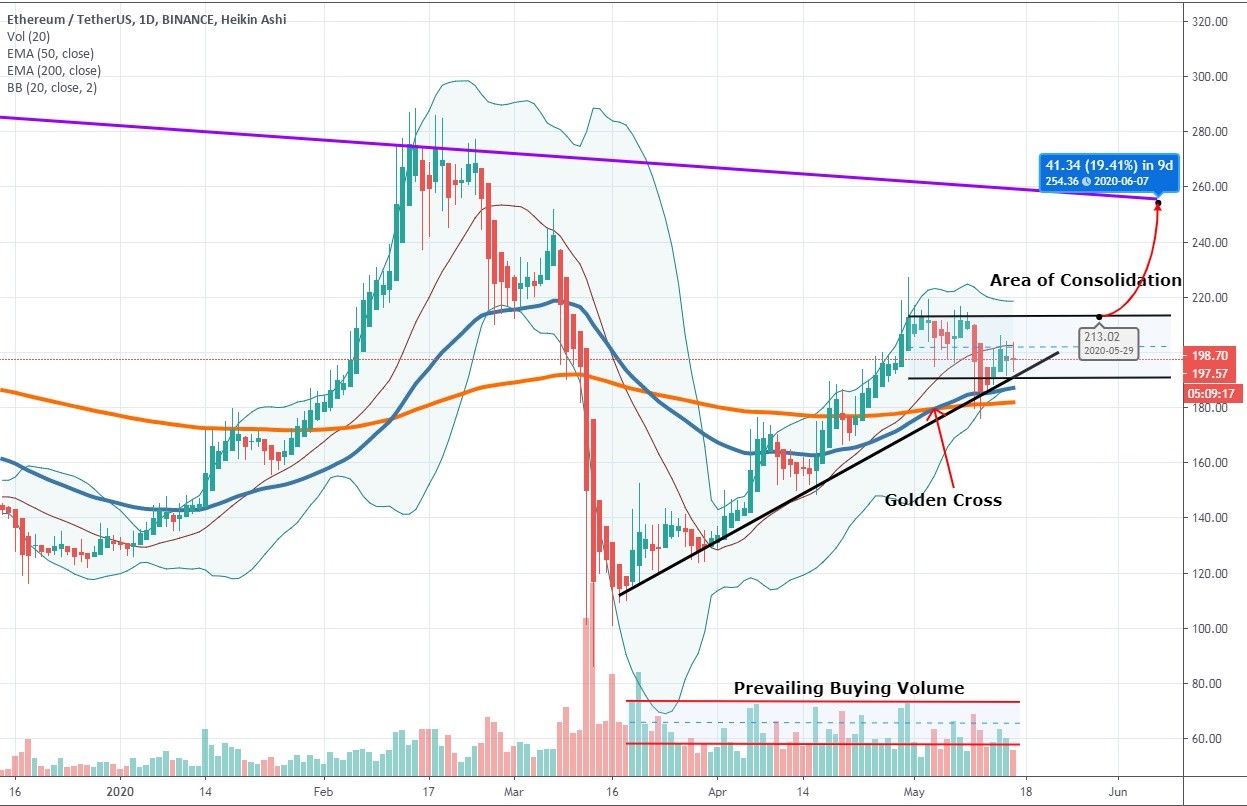 We predict that over the coming month, Ethereum will enjoy a price appreciation of at least 19% on the back of the emerging news about the testnet. The next bullish spurt will take the price close to the macro resistance area at $254, the successful breakage of which would depend on such factors as the overall situation in the market, the developments around the COVID-19 pandemic, the progress in bug-fixing, and the behavior of Bitcoin post halving.

We have a firm conviction that Ethereum is going to be massively bullish this year; therefore, the breach of the resistance at $254 is only a matter of time, especially if the golden cross would play out to the full. 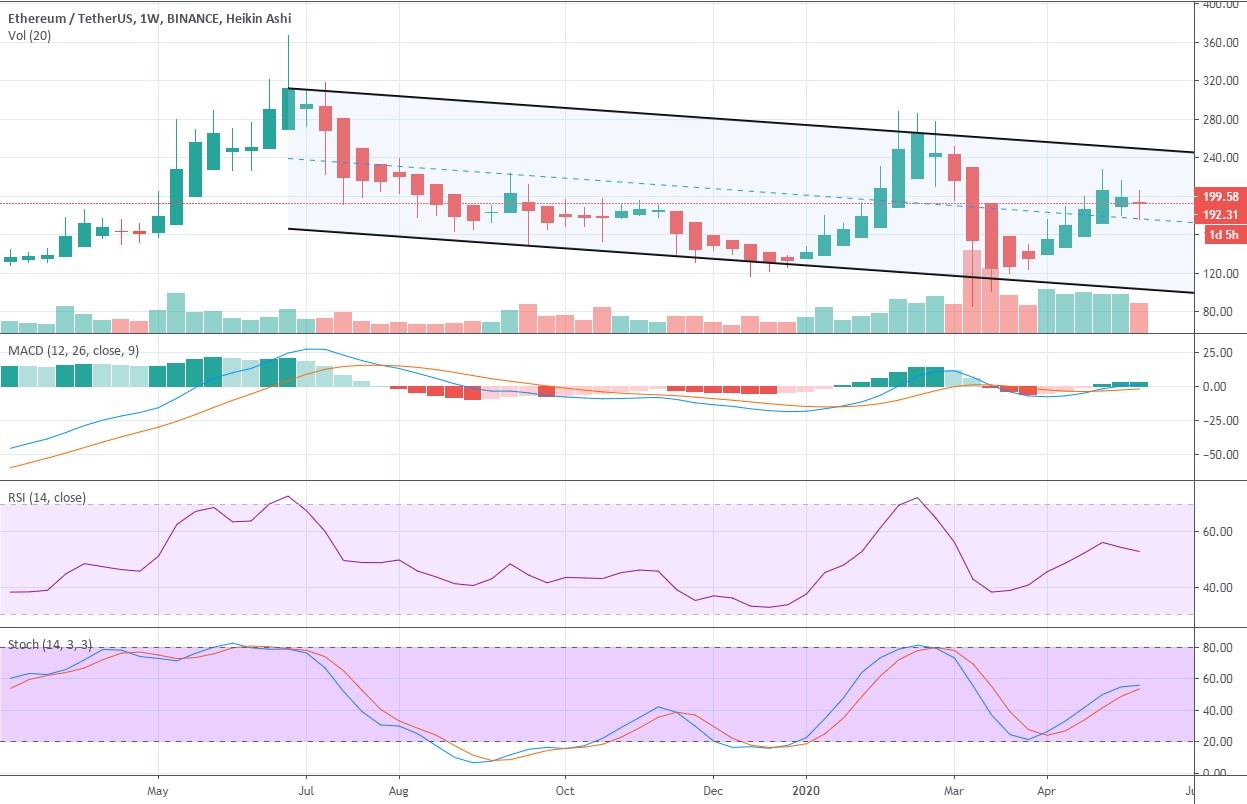 Zooming out on the higher time frame, we see that Ethereum is still trapped in the secondary downtrend with MACD remaining in the bearish zone below zero since the end of the last bullish rally in late February. After a prolonged rise from 40 to 56, the 14-period RSI has crooked to the downside, thus rendering the indicator neutral. Stochastic is also in the same neutral zone, showing the intention to make a bearish crossover, which means that Ethereum might have a brief period of consolidation or even slight retracement below $170 before the explosive jump to the aforementioned resistance and its subsequent surmounting.