Ethereum (ETH) Is Preparing to Take a Dip

The past month has brought reasonably decent gains for Ethereum as it got a 23% boost against USD, and even outperformed Bitcoin by 16%, although on the yearly time scale, the first cryptocurrency is still ahead by 19%. 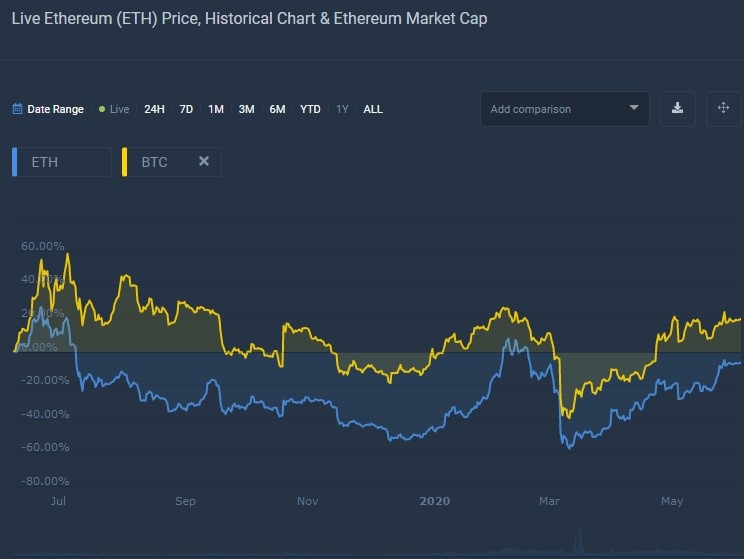 Ever since the market collapse in March, there has been a visible correlation between the leading cryptocurrencies, as the chart above shows, with the exception of a short period in May, during which ETH had failed to match the upside impulse created by Bitcoin.

However, the majority of that price action was instigated by the approaching halving, and the price recoil after the event, whereas in the second half of Q2, as well as Q3, of 2020, the price action of these two coins will go their separate ways as Bitcoin will have to deal with the post-halving expectations, which are almost universally bullish, while Ethereum is going to be heavily influenced by nuances related to the launch of Ethereum 2.0, which is due to occur later this year. However, traders should prepare themselves for the hype and news hysteria, which will precede the launch of a global update.

Therefore, the overall trading strategy for this summer and fall would be the classical “buy the rumor, sell the news,” meaning that traders should already start looking for an appropriate entry point as the overall outlook for the next three to five months is undoubtedly bullish.

Even since its inception, Ethereum has been fighting over the turf that is the market dominance with Bitcoin. In the recent chapter of this saga, ETH has caught the opportunity presented by the temporarily weakening Bitcoin, mainly due to the miners taking time to adjust to smaller block rewards, and won over 1.42% to increase its overall dominance to 9.85%. 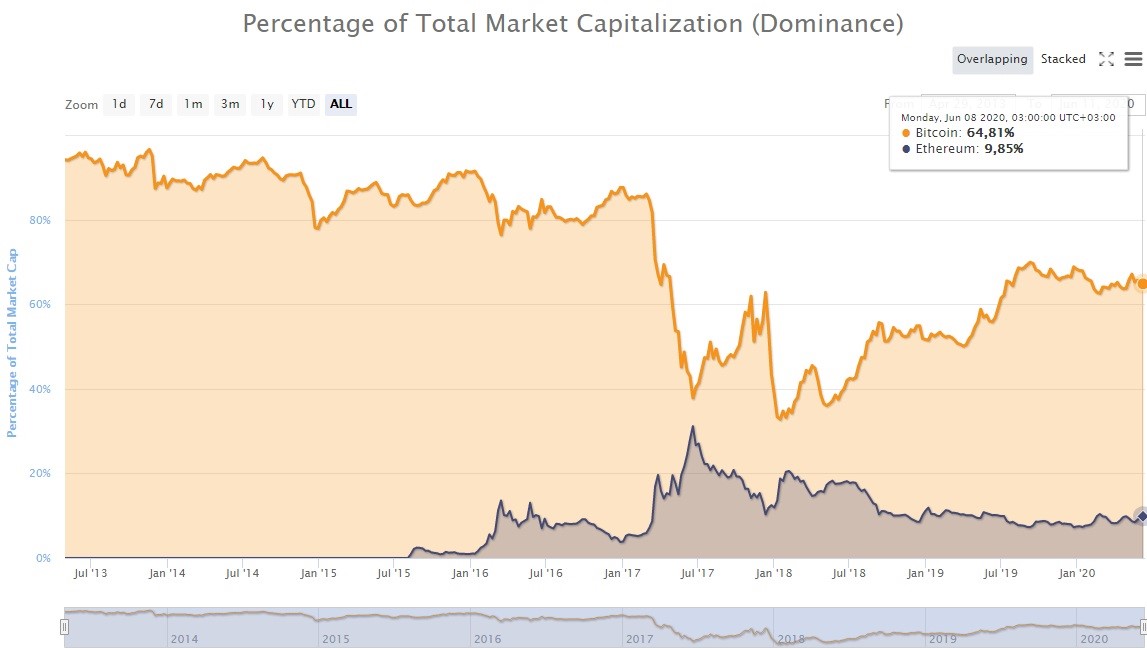 That is certainly miles away from the record 37% in 2017, but as they say, little by little, one travels far. If Ethereum 2.0 will have been implemented successfully, the currency should have explosive growth, both in terms of price and market capitalization.

But in the meantime, ETH seems to be experiencing a period of consolidation/stagnation after the price was unable to establish a foothold above $250. 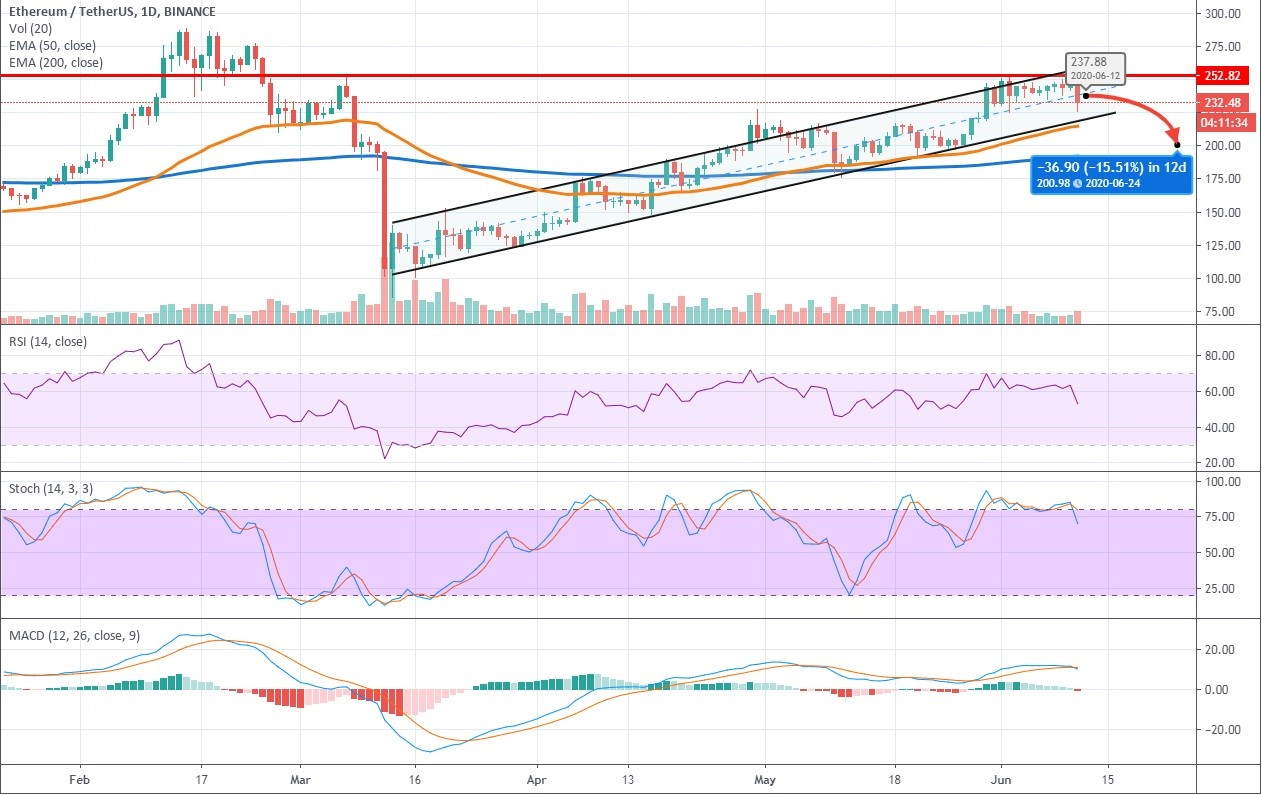 Upon that failed attempt, ETH went into a tight range between $237 - $247, and once again got glued to the 50-period EMA. Unfortunately for those who have already gone long on Ethereum during the recent consolidation, the bears have gathered enough strength to push the price below the 50 EMA, aiming for the trend defining 200 EMA. The reason behind such a sizable drop is still unclear, but if that behavior persists until the weekly close, traders could see ETH below the 200 EMA in the next 10 days. One of the causes of such a vehement rejection could be the stubbornness of the historical resistance at $252, with which the price has been interacting since August 2018.

However, even after the initial push to the downside, ETH still remains well within the confines of the rising channel, but the major indicators: MACD, RSI, and Stochastic, have begun to bend down quite significantly, hinting at the amplification of bearish momentum. Therefore, despite the overall bullish outlook, we predict that in the next two weeks, Ethereum will have a 15% pullback to the psychological threshold of $200.