One of the positive things that came as the result of the recent market crash, known as Black Thursday, is that retail and institutional investors came to the realization of the importance of decentralized finance (DeFi), especially after looking at how the US government tried frustratingly to save the traditional markets by drowning it in stockpiles of freshly printed cash.

The resurgence of all altcoins related to the concept of DeFi happened on the back of the heightened expectation around the release of Ethereum 2.0 that will mark the transition of the Ethereum network to the staking model. The rise of the DeFi market is associated with the release of the Compound (COMP) protocol that also provides for the use of staking in its own sophisticated ecosystem.

Just to illustrate the scope of growth of decentralized finance in a short period of time, the amount of money locked in various DeFi platforms went from $1 billion to $4 billion in a little over two months. During that period, Ethereum made a significant push to the upside that resulted in a 32.8% gain in the USDT market, and a 23.4% improvement compared to Bitcoin. 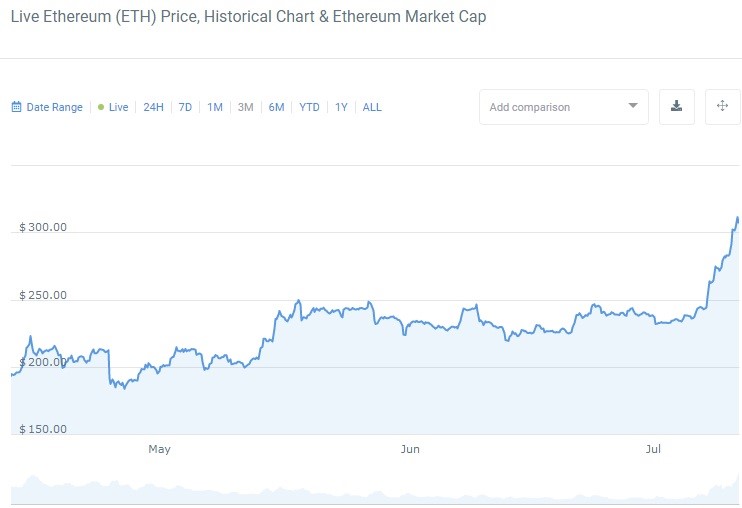 The recent bullish impulse, which broke the resistance at $300, was caused in no small way by the emergence of the record high volume on both spot and options markets, accompanied by the soaring open interest on Ethereum.

On the daily time frame, we see how aggressively ETH has broken out of the multi-week channel between $212 and $254 that had nearly all the prerequisites of the brewing break to the downside as the price kept making lower highs. 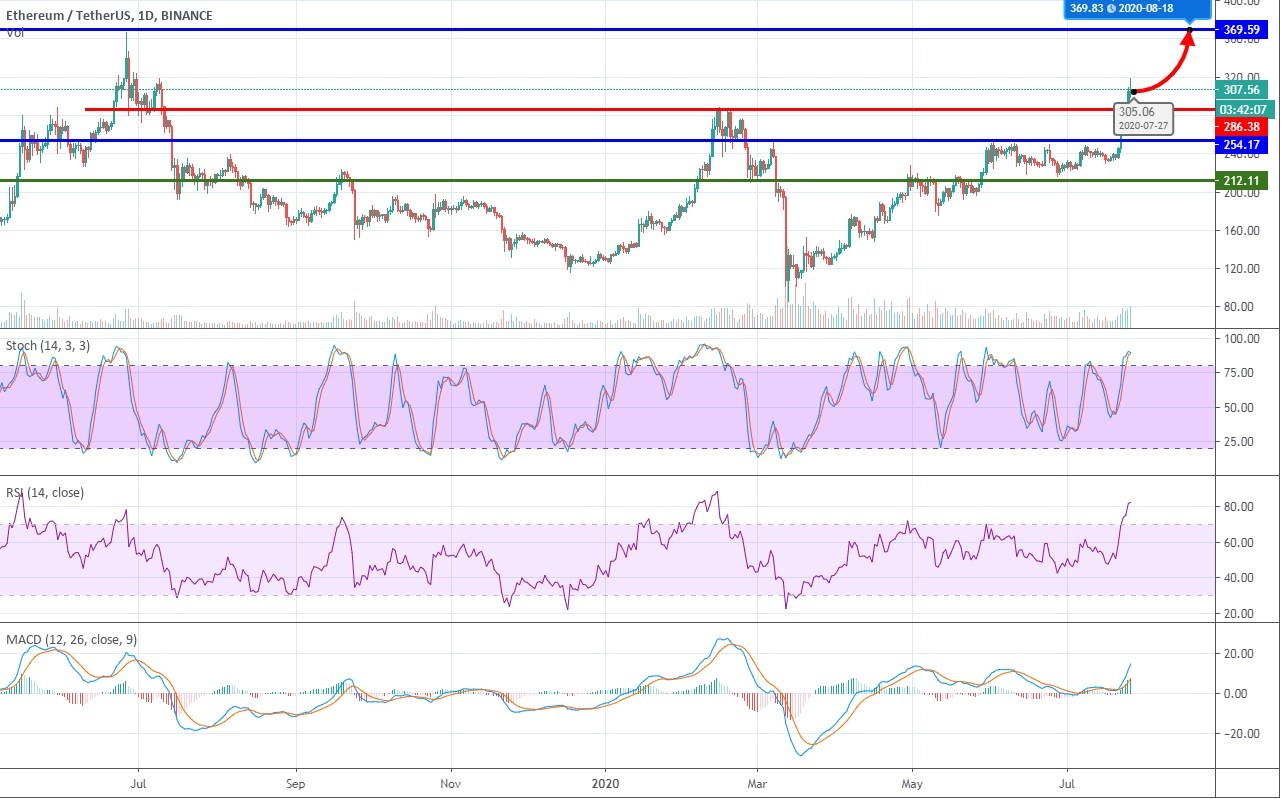 Nevertheless, the buyers mustered enough power to push the price above $286 that is likely to become the new level of support since such a high-intensity uphill run will naturally result in the retracement, although the extent of it is still in question as the price is yet to show some clear signs of exhaustion.

We predict that in the pair with USDT, the price of ETH will travel to $369 eventually, upon reaching which there will be a sizable retracement, presumably to $325.

The situation in the pair with Bitcoin is similar in terms of Ethereum’s proclivity to the bullish action as ETH has also pumped by 25% in just 4 days. 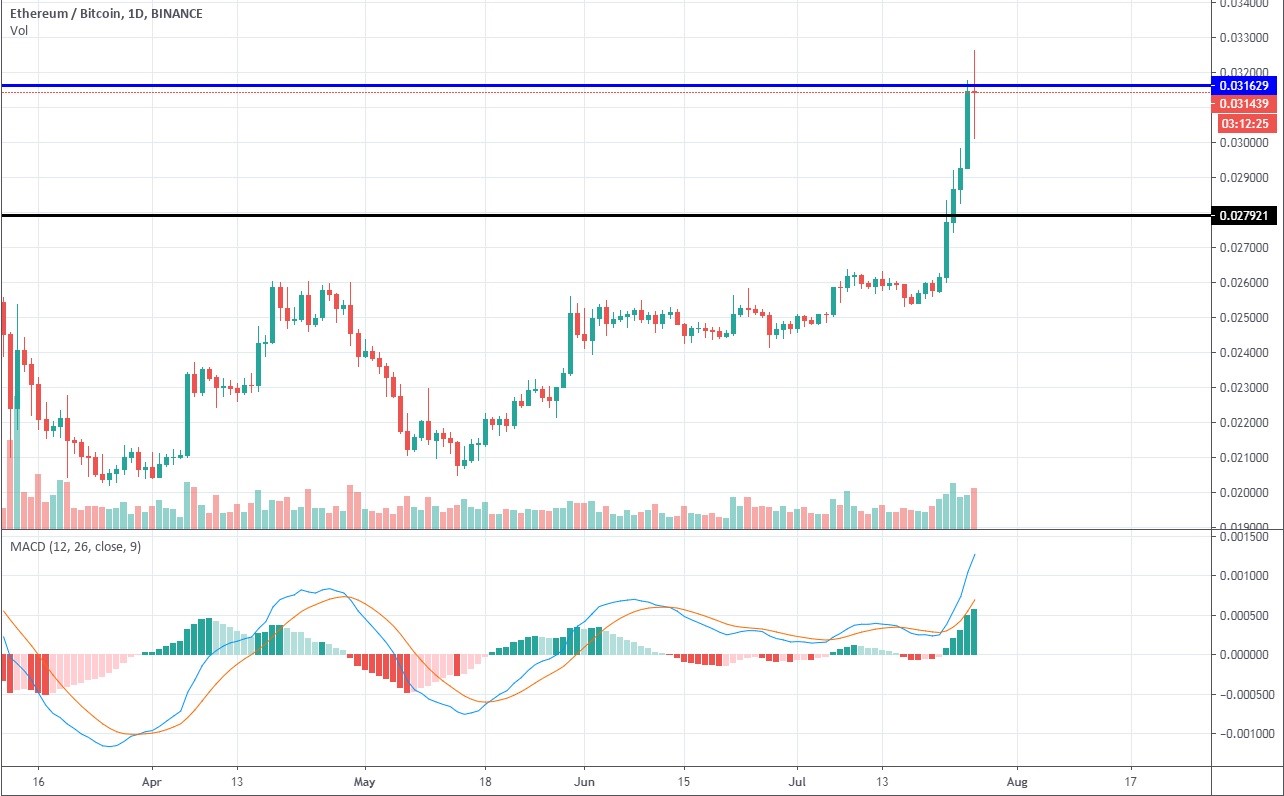 But here, the retracement has already begun as the bear rejected the price right at 3,1 million satoshis as Bitcoin had stepped into gear. We reckon that in this pair, Ethereum will also go through a small retracement, presumably to 2,9 million sats, but will continue plodding to the upside.