While being the major driving force behind the rise of the industry of decentralized finance, and also being fueled by the expectations around the constantly postponing release of Ethereum 2.0, the second-largest cryptocurrency seems to be having trouble with conquering the macro resistance level at $440 that has been holding for months.

Ethereum's performance remains positive on the yearly scale, as the dominant altcoin has gained 117% in USD over the past twelve months, while also outpacing Bitcoin (BTC) by 114%. However, its recent showings are far from impressive. In a month, ETH went -1.85% against USD, and still hangs by the 6.51% thread against BTC, although the latest flash dump, when its price dropped by 20% in just two days, is to blame for such an underwhelming display.

A drop below $370 could sparkle a correction

In fact, Ethreum got sandwiched between the resistance at $440 and the support at $370, which were established in our previous ETH price prediction articles, for four weeks that might be the first signs that the buyers are exhausted, and traders should brace themselves for a stronger pullback during which the price will seek a new lower high on the weekly time frame. 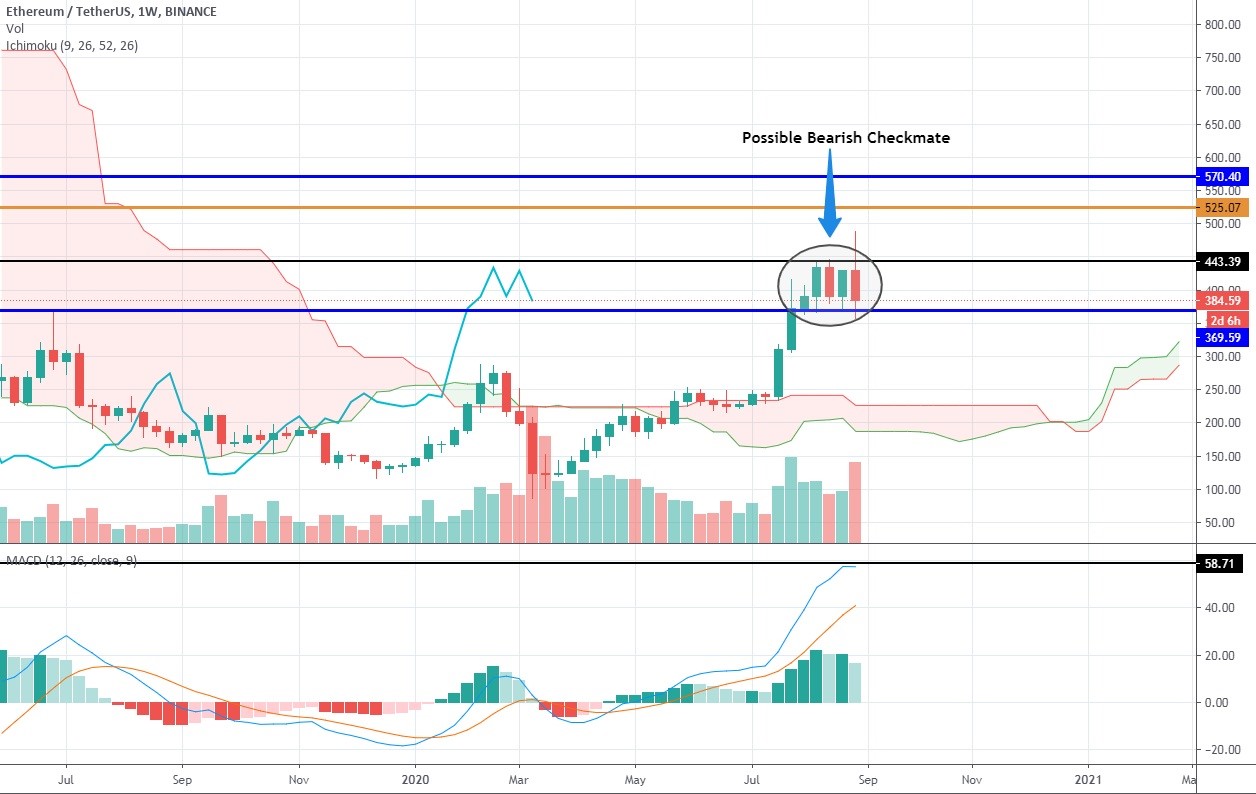 The candlestick analysis reveals the possibility of the emergence of a bearish checkmate pattern that tends to result in a significant price drop. Besides, it's evident that the sellers are forcing each next candle to open slightly below the previous one, thus gradually stealing the sellers' wind and pushing ETH to the downside and below $370. This week, the bulls made a last-ditch attempt to break past $440 but were immediately repelled, as a tall upper wick suggests.

We reckon that despite the bearish upset of the last couple of days, Ethereum remains bullish on large time frames, especially if it wouldn't descend too low beneath $370.

The situation on the daily time frame shows that the sellers have already penetrated the support but were stopped at $355. Right now, the price is stuck at $380 and formed a long-legged doji, which is a signal of indecision in the market and possibly the start of the consolidation period. 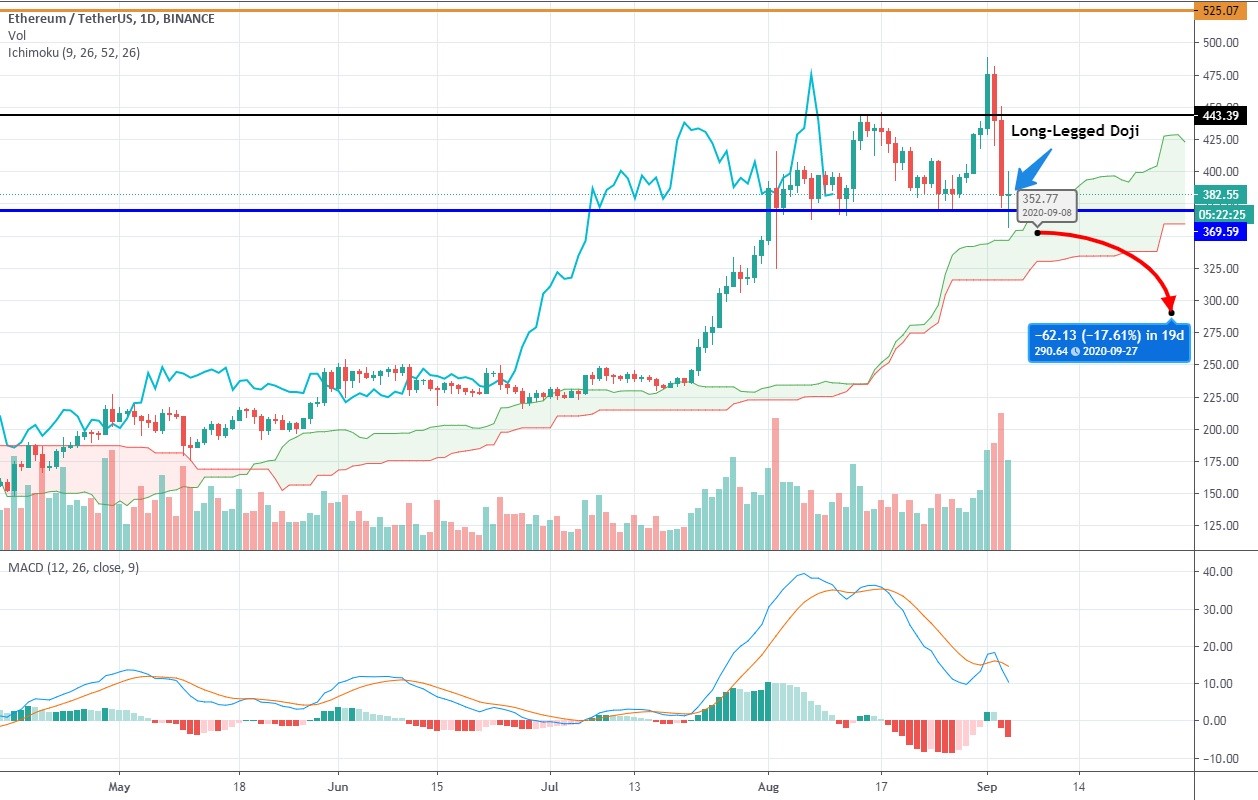 However, the indications of further price decline are prevalent as MACD has made a fake bullish crossover and now has its MA's reflecting the intensification of bearish momentum. The Ichimoku Cloud hints at the strength of support and the relevance of the bullish agenda, but if the sellers manage to hustle the price inside the Kumo cloud, Ethereum will undergo either a consolidation or a more substantial pullback, possibly to $290.