Similarly to its archrival in global rankings, Ethereum has been struggling to go past a certain resistance level, so the bullish momentum has been quietly dying down over the past two weeks. This resulted in a loss of a chunk of ETH’s yearly and monthly gains as the 2nd cryptocurrency devalued by 22.8%, compared to its price last year, and also lost 7% of its USD value in a month. 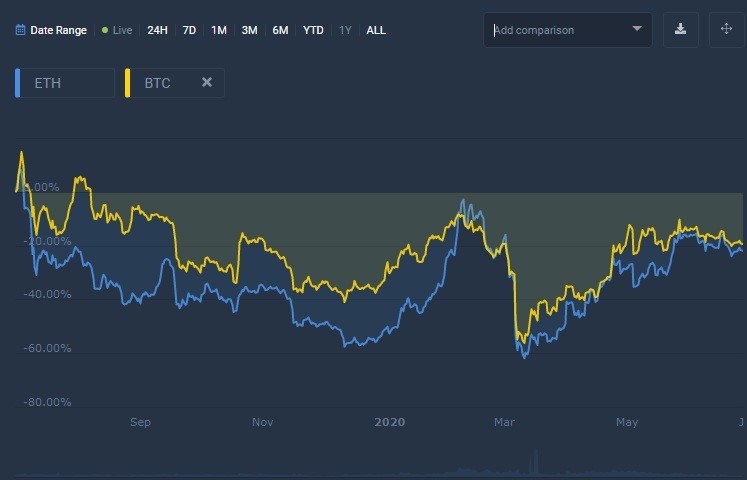 Please also note that there has been a close correlation between the price action of ETH and BTC, depicted in the gains/losses profile below.

The newly arisen skepticism from traders could have stemmed from an interview by Ethereum’s founder Vitalik Buterin in which he admitted that the team is currently struggling with the implementation of sharding solution and the Proof-of-Stake algorithm, the core elements of Ethereum 2.0, an upgrade that will take the value of ETH to the whole new level, if implemented successfully. Traders and enthusiasts expected the launch to take place a few months ago, but the team has constantly been delaying the final release date. And now, the words coming from Buterin confirmed yet another postponement and understandably led to a loss of bullish sentiment in the market.

The bear show their teeth, but the bulls hold strong

Let’s begin the ETH price analysis by checking out the weekly chart to get a better insight into the situation on the macro level. 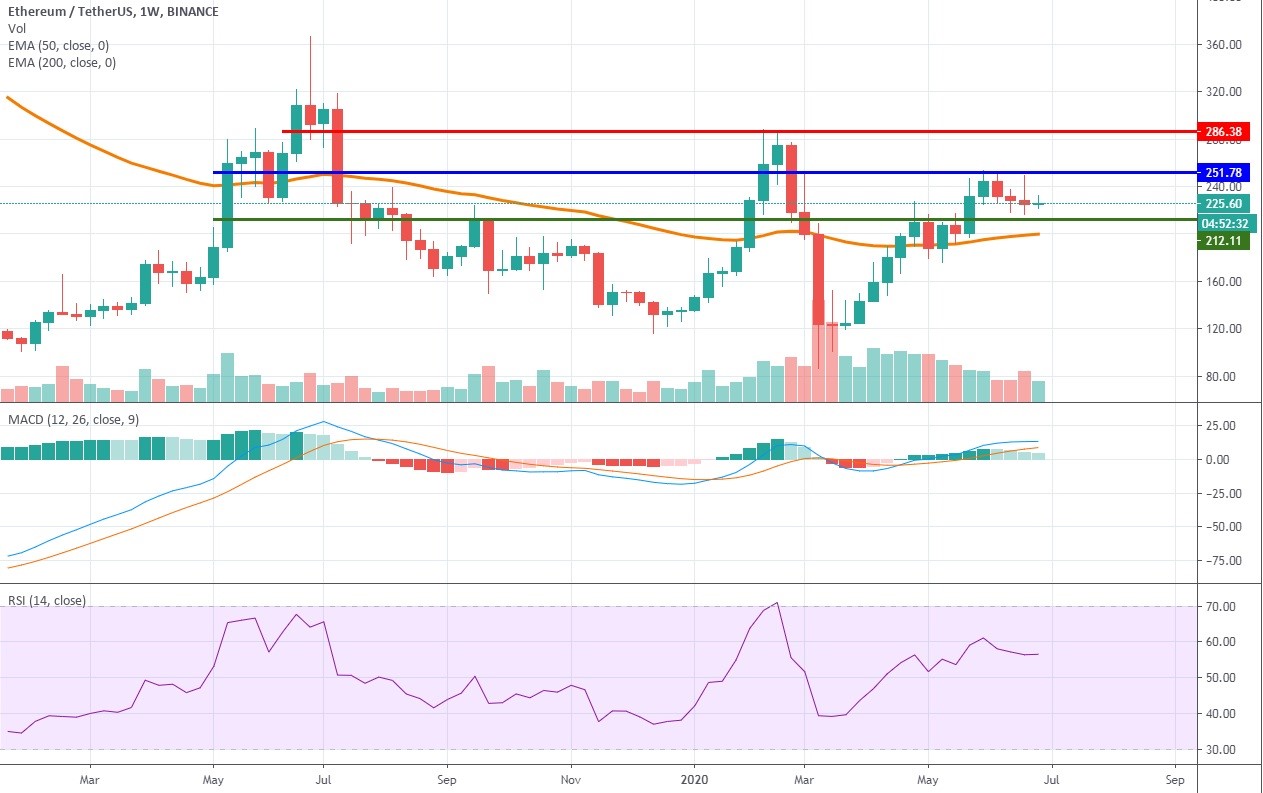 Here you see the three important price interaction levels that are of immense importance for the future price action of ETH:

Judging from the price behavior over the past five weeks, the resistance at $251 has proven impenetrable for Ethereum, all attempts at hitting which resulted in nothing but two spinning top candles. Usually, a spinning top shows indecision in the market that could result in stagnation or even a trend reversal. It is too soon to consider the reversal seriously because the price action takes place far from the key 50 EMA, but the fact that the smooth minor uptrend has been disrupted is evident.

The situation in this trading pair, however, is not as bearish as that of Bitcoin, but it is obvious that after a swift post-crash recovery, ETH started to lose the bullish momentum. We reckon that the announced delay concerning the launch of Ethereum 2.0 forced the buyers to take the foot off the gas pedal, but it looks more like a pit stop before the next burst to the upside rather than a stagnation or trend reversal. The expectations are still running high, providing the fuel for further price growth. 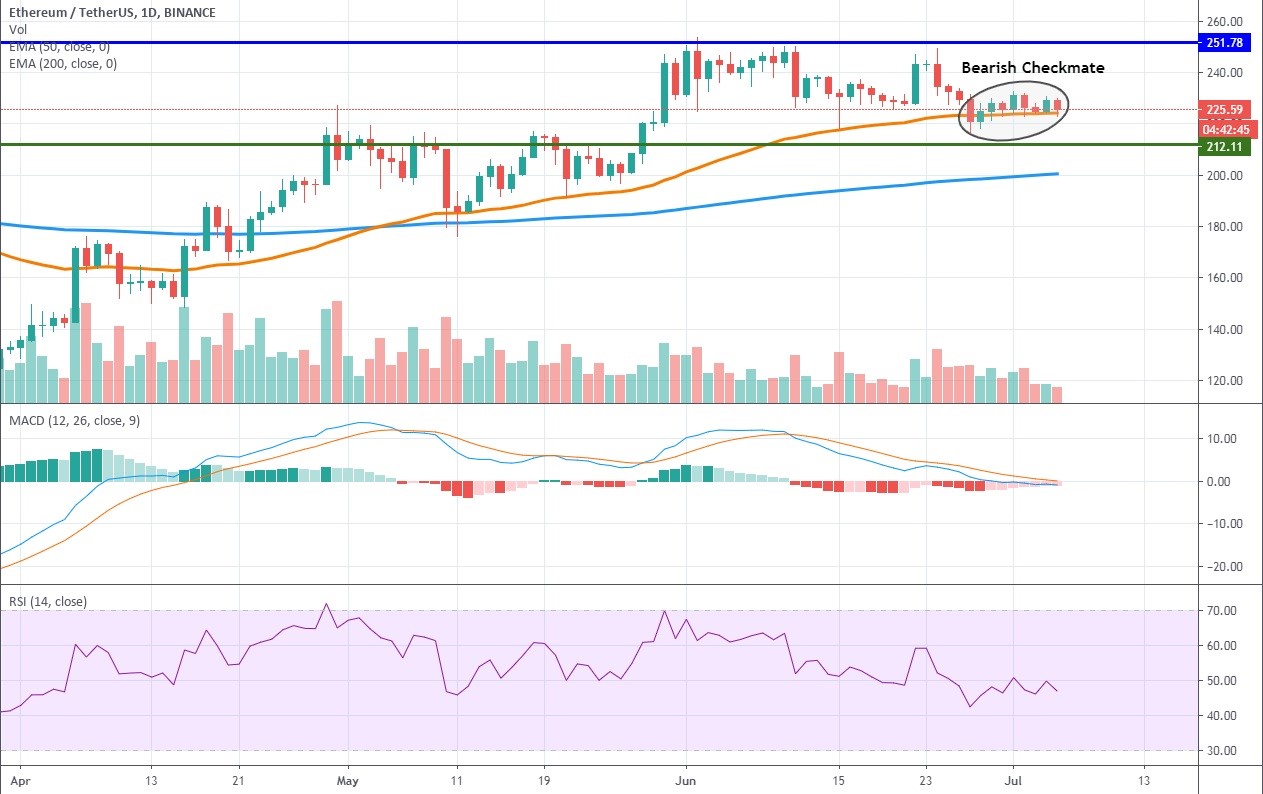 However, the daily time frame reveals a possible bearish checkmate pattern that could lead to another 5% drop, after which the price would land at $212, or an even deeper trough with the bottom at $200, the level that presently converges with the 200 EMA.