The holders of Ethereum Classic should be far less disappointed in this cryptocurrency, with regard to the present disastrous situation on the market, since it managed to retain 50% of its gains from the last year despite the all-encompassing meltdown.

There’s really no point in overviewing any fundamental improvements concerning Ethereum Classic, especially since there hasn’t been anything worth noting, except for the somewhat reluctant involvement in the space of decentralized finance (DeFI) in collaboration with the Fantom Foundation.

Given the current situation in the global economy, which has also exerted a substantial impact on the cryptocurrency market, literally, no fundamental upgrades seem to be capable of moving the price in favor of the bulls as virtually all crypto markets are in the state of exponential collapse.

To substantiate that claim, the Fear & Greed Index remains in the “extreme fear” zone for two days in a row, which means that traders and investors shouldn’t stake their hope on the approaching downtrend reversal and market recovery.

Going down the panic river

Therefore, the only thing traders should be concerned about when dealing with Ethereum Classic, or any other cryptocurrency for that matter, is how to enter/exit the trade during the next price downswing, which should come next after the measly retracement performed by ETC on the daily time frame. 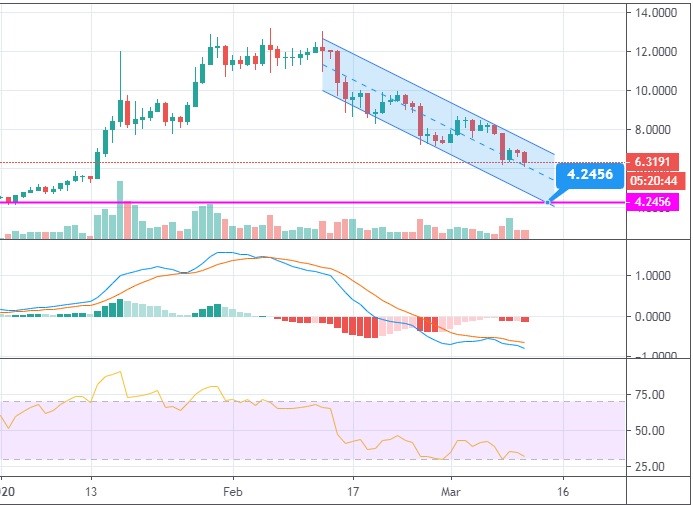 Traders who also rely on news as one of the main factors that determine that price action should account for the important announcement made by the World Health Organization (WHO) (as of the time of writing) regarding the coronavirus acquiring the characteristics of pandemic - a message which has immediately found the response on the US stock markets as SPY plunged by 5% - which would inevitably have a negative effect on the crypto market, and Ethereum Classic in particular.

Even though ETC is currently moving in a perfect downtrend, making lower highs/lower lows at each swing, the news that emerged could drop the price below the expected lower low at $4.8, straight to the psychological level at $4.1, which marked the beginning of the minor uptrend in January/February, thus wiping out all gains that Ethereum Classic had made during that period.

This prognosis is backed by the showing of RSI, which still hasn’t descended into the oversold zone, and MACD that displays its intention to move downward with its lines going further away from each other, thus indicating the growing strength of the move. 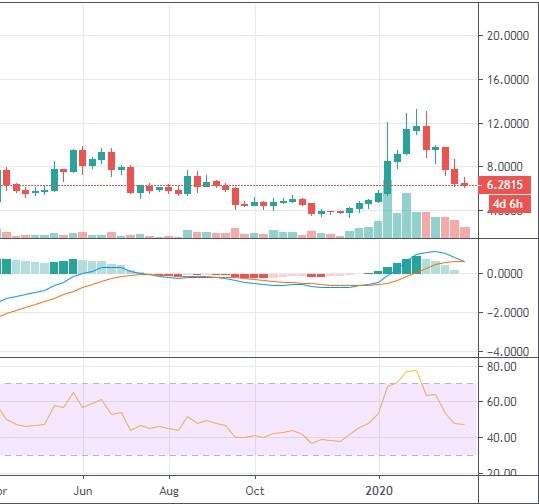 The situation on the weekly time frame confirms the unchallenged domination of bears on that market as traders are now witnessing the three black crows pattern in the making - the aforementioned news only increased the chances for its completion. Moreover, the MACD line on the corresponding oscillator is about to cross the signal line from top downward, signaling about the acceleration of the downtrend in the coming weeks. The RSI is at 50, looking southward, which leaves the price plenty of room for a move in that direction.

To summarize, Ethereum Classic might have taken the hit a bit better than other cryptocurrencies and saved some of its previous gains, but there is practically no chance for it to get out of the bear claws any time soon.