Ethereum Classic (ETC) has been one the most unfortunate altcoins of this summer as it had suffered as many as three 51% attacks in a span of a month, the last one occurring on August 28. These attacks raised genuine concern about the network's safety and, understandably, have had a devastating effect on the value of ETC and the dynamics of price action in this market.

Today, Ethereum Classic is priced at $5.21 with nothing to show for in terms of gains on all time scales. The value of ETC decreased by 56.4% over the year, though it's still hanging to the positive ROI of 16% on the year-to-date chart. 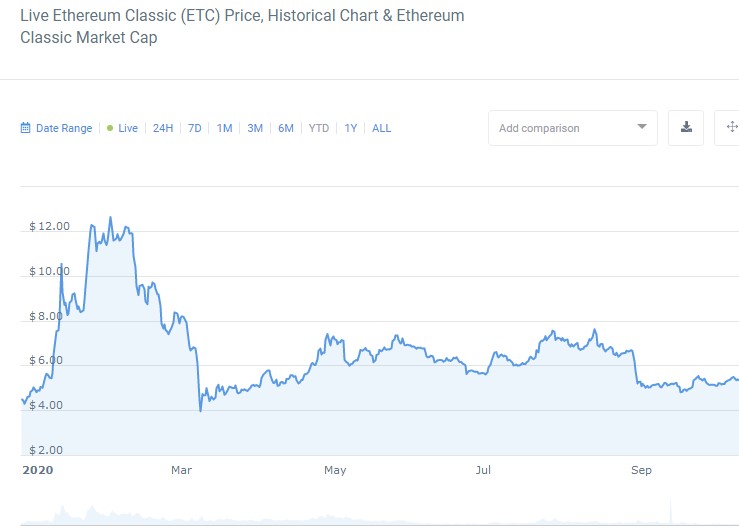 However, that is a poor consolation for those who couldn't time their exit at the peak of the bull rally that took place at the dawn of the year, when Ethereum Classic had reached the two-year high at $12.1 and then collapsed to the low at $3.35, along with the market capitalization that went from $4.5 billion to the current $607 million, effectively pushing the coin to the 33rd place in global ranks.

On September 2, the Ethereum Classic Labs announced that the organization is going to take legal action against NiceHash, a hash power broker that is being accused of facilitating the 51% attacks by uncontrollably renting out the computer processing power to malicious actors. Apart from that, the organization claimed to have devised a defensive mining strategy that would allegedly safeguard the network against future attacks.

It remains to be seen whether these measures would bear any fruit, but for the time being, the price action on the ETC market is as dull as dishwater since it's moving to the downside from one range to another.

More ranging or another price drop

Even a glance at the daily ETC/USDT chart clearly tells us that there is little to no prerequisites for the price to go the upside, let alone conquest the mighty resistance level at $7.6 that has been successfully defended by the bears throughout the entire period since the market meltdown in March. 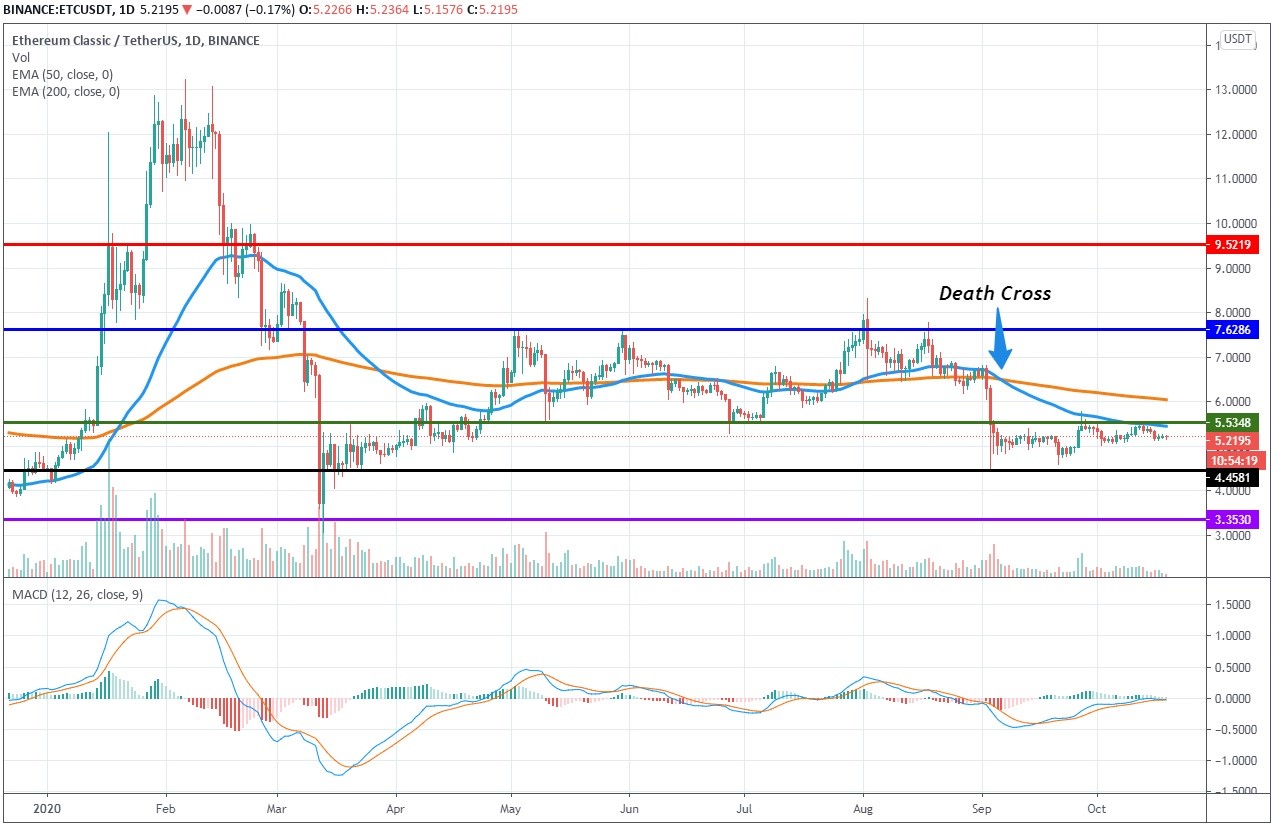 After the September crash past the bottom of the previous range at $5.53 to $4.45, and yet another death cross, Ethereum Classic has once again found itself locked in the $4.45 - $5.53 range, but now it has the 50 EMA acting as resistance, which further confirms ETC's bearish outlook.

Although MACD did rise from -0.5 to the zero line while the price had double-tested the resistance at $5.53, it is highly likely to be rejected at that level that would entail a 20% drop to the bottom of the range, perhaps after a quick test of 50 EMA. Should the bulls fail to defend the support at $4.45, the probability of the crash to the March price level, possibly even to $3.35, would rise exponentially.

But even though Ethereum Classic finds itself in a situation that's close to being dire, it still offers scalpers a chance to make profits in the current 20% range that should maintain traders' interest in this market until the support at $4.45 holds.