It is yet unclear whether it's the pressure from the expected launch of Ethereum 2.0 by the rivaling Ethereum Foundation, or a severe lack of sufficient activity on the network from the developers of decentralized applications and their users, but something is doing Ethereum Classic significant damage that gets translated to a sloping price.

Right now, the gaining profile of ETC looks red across the board as the 20th cryptocurrency is losing value against all major currencies, having gone down 18% against USD in a year and -33% against Bitcoin on the same time frame. The past month has also been underwhelming for an unforked version of Ethereum as the coin lost 18% of its value in comparison to its rival and shrank by 5% against USD.

Perhaps, it's the insane gains from the beginning of the year that keeps ETC afloat, not letting it to become one of the worst-performing cryptocurrency in the market, but the overall picture for this highly-ranked coin is looking rather bleak, at least for the bullishly-minded traders. 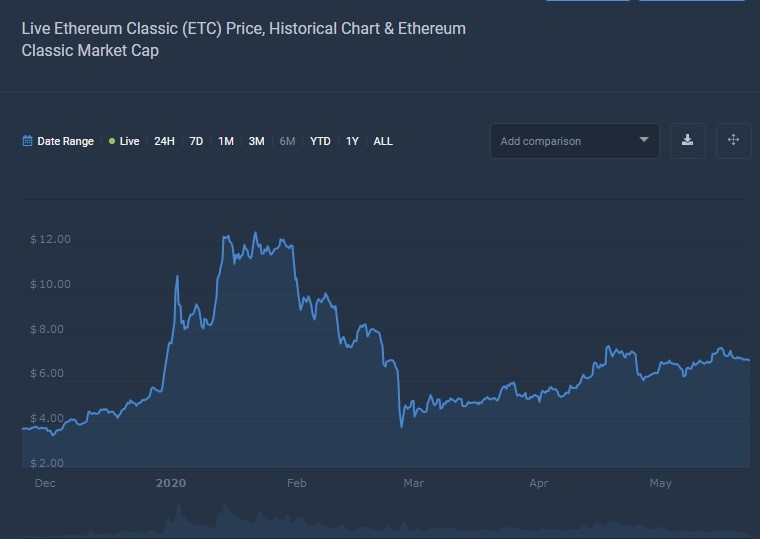 While the price did recover relatively easily from the consequences of the crisis, dubbed the coronavirus crash, its current state of affairs suggests that the bears are holding this market by the throat, with no intention of letting go in the near future.

A double top could mean another capitulation

Traders who are thriving on short plays must be rubbing their hands when looking at either ETC/USDT or ETC/BTC pair because both of them look ripe for the taking, just like the bullish traders did back in December of 2019 when the price had begun flashing signals of an approaching rally. 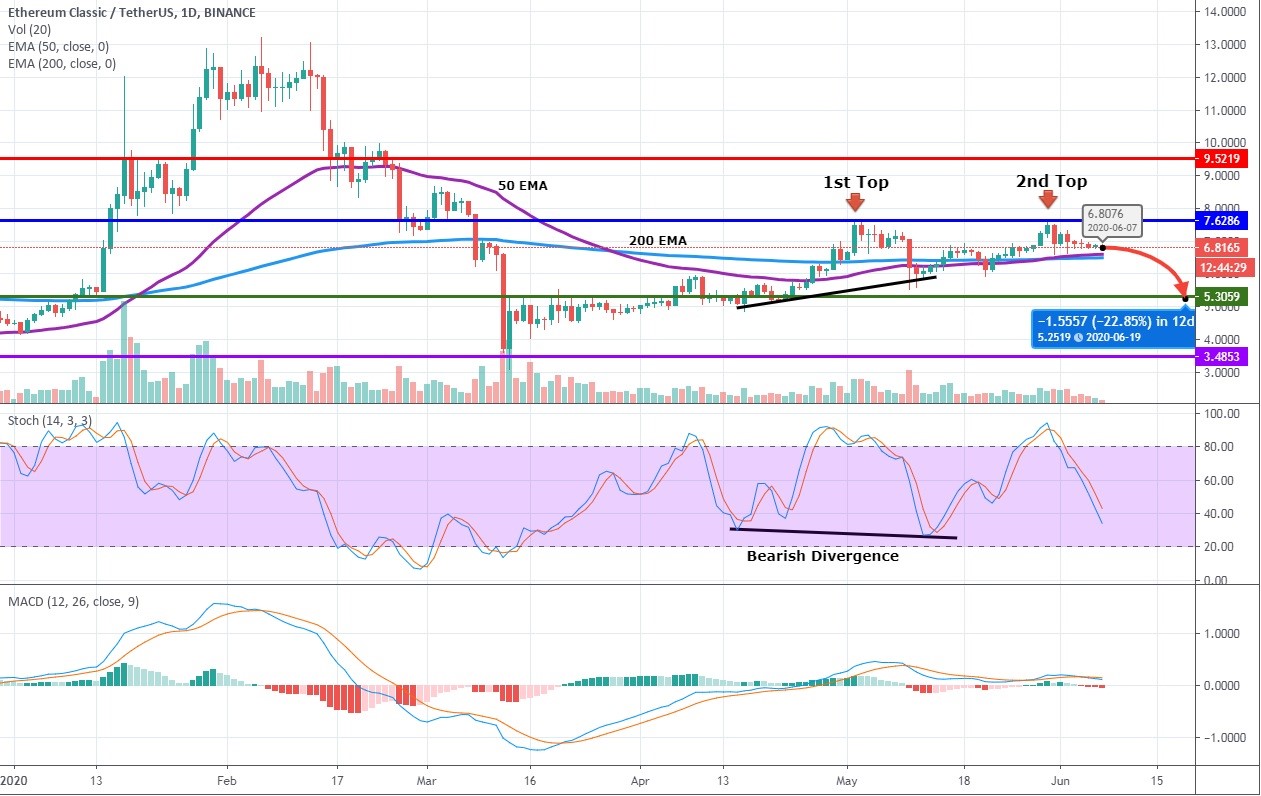 Their expectations are based on the fact that the price is presently in the process of making the double top pattern on the daily time frame, which in combination with signals coming from major indicators, provides enough reason to believe that Ethereum Classic will soon embark on a journey south.

It took ETC a long time to finally ascend above the first post-collapse resistance line at $5.3, but the very next one at $7.6 has so far proved to be impenetrable. The price has hit that ceiling for the first time on May 3 and then again on May 30, but the bears stood firm and didn't allow even a wick to go past the line. Such a show of strength suggests that the sellers might soon launch a counter-attack, the result of which could be Ethereum Classic crashing below $5.3. We do see a sign of two moving averages (50 EMA and 200 EMA) going for a golden cross, but that pattern isn't unlikely to play out since nearly all indicators are writing a bearish scenario for ETC.

Having taken all these factors into account, we predict that Ethereum Classic will have at least a 23% price decrease over the next two weeks before trying to make a bounce to the upside.