The last 30 days have been very productive for Ethereum Classic as the coin has been making sizable gains since the beginning of December 2019 against all three major currencies on the cryptocurrency market.

ETC ended last year on a relatively positive note, having showcased the double-digit gains on the yearly time frame, although they weren’t overly impressive, especially in comparison to Bitcoin. The Ethereum’s fork had a good run in 2019 - it participated in the bull run with three significant impulses that drove the price upwards to the yearly high of $9.87, which is 76% higher than its current price of $5.61. It is interesting to note the Ethereum Classic has proven to have a historical habit of testing the resistance line twice before making a major move either to the upside or downside. 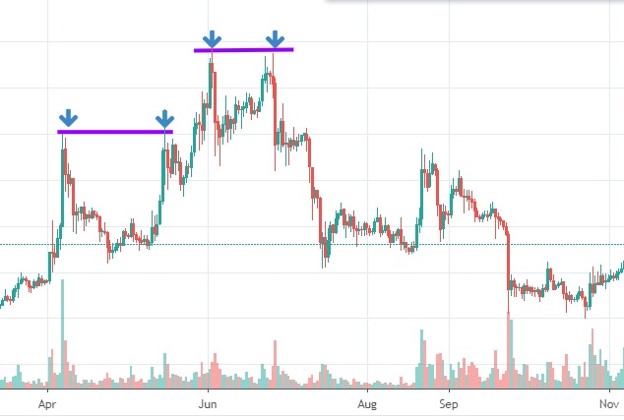 Here ETC bounces off the resistance at $8 once on April 7, dipping rather deeply afterward, and the second time on May 16 before making a breakthrough in the direction of $9.8. Upon striking the yearly highs, Ethereum Classic had tested that same resistance once again before experiencing a major crash, which instigated the lingering correction. It is important to remember this behavioral pattern that is inherent to ETC and be able to recognize it during the next rally and take the profits not once but twice.

Also, it is very important to take notice of the trading volume that accompanies the price action. The graph above clearly shows that Ethereum Classic had a considerable volume boost during its first price spike, a low-to-medium buy volume during the second spurt, and a meager one at the time of the third and fourth price increase.

Another essential feat of ETC concerns its behavior in the correction. Please note how perfectly the coin has been sticking to the support line over the course of the correction that followed the bull run of 2019. 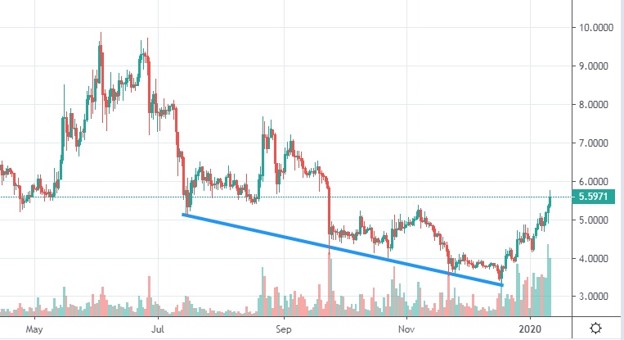 Keep these two specifics in mind because Ethereum Classic is likely to repeat this pattern to a certain degree in 2020.

Ethereum Classic in the first phase of 2020

Everyone who follows the price action of Ethereum Classic knows that this coin is booming right now as it sits firmly in third place among the biggest hard-gainers of last month. 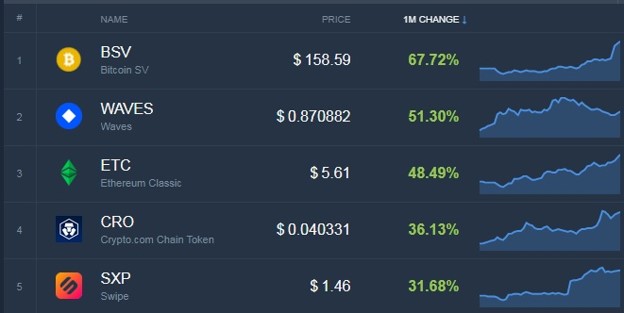 By looking at the current performance of ETC, it can be assumed that it might be capable of taking up the leading spot since WAVES is losing momentum, and the BSV pump relies mostly on the hype around Craig Wright.

The confidence in Ethereum Classic is based mainly on the decisiveness with which this currency has broken through the descending wedge, substantiated by the consistently high buy volume that supported this move to the upside. 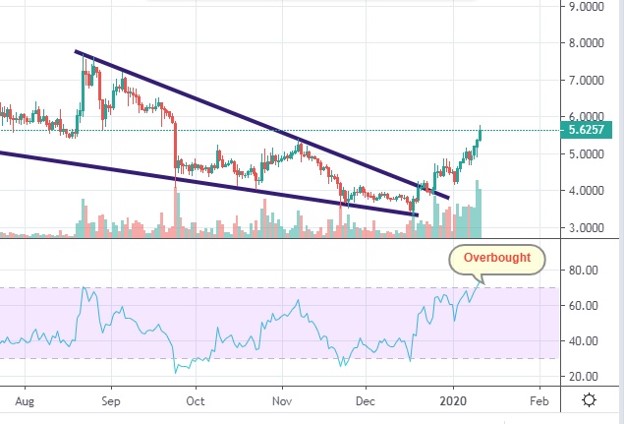 However, as RSI shows on a daily ETC/USDT chart, the coin has already entered the overbought area, which means that it could have a pullback over the next week. The magnitude of this pullback shouldn’t be large since nearly all technical indicators point at a strong buy. Perhaps Ethereum Classic would establish interim support before making another leap, which should occur after the Agharta hard-fork, due to happen on January 12 -15.