It looks like the fairytale rally of Ethereum Classic has come to an end as the coin that was among the strongest gainers in January is now losing in value quite rapidly. In the last seven days, ETC has become the fifth biggest loser behind Hypercash, ICON and both Bitcoin forks, after having decreased in price by 22%. 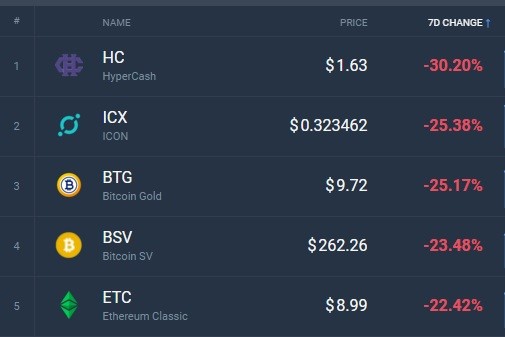 Biggest losers of the last week

The 17th cryptocurrency began rallying vehemently even before the end of 2019, eventually breaching the resistance that held since October 2018. The move started with a bullish engulfing pattern and has been developing steadily for a while, allowing the bulls to gather strength. Traders who were foresighted enough, went long on Ethereum Classic even before the New Year, as soon as the price moved above the 22-period EMA, although hardly anyone could have predicted that altcoins would come up with such a parade of generosity. 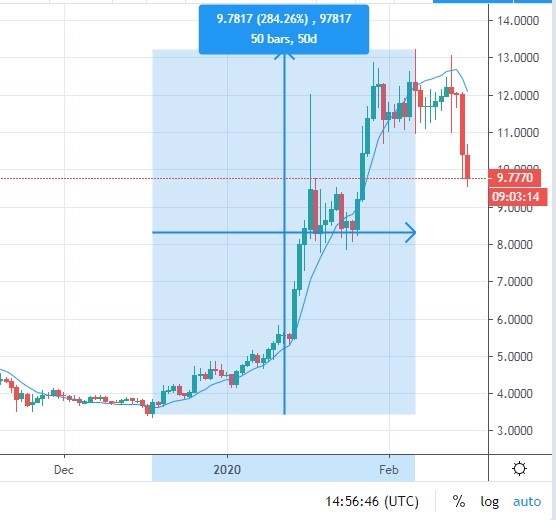 The consistent upward hike was also instigated by the active involvement of the Ethereum Classic team into building the global ecosystem for Decentralized Finance (DeFi), a concept that should eventually take the applicability of blockchain and cryptocurrencies to a whole new level. Regardless of ETC’s current price action, traders should keep in mind that Ethereum Classic will see major improvement of its fundamentals over the course of this year - in June, to be more precise, when the both Aztlan and Phoenix hard fork will come into play, allowing Ethereum’s native decentralized applications to be launched on ETC’s ecosystem, essentially making it a Bitcoin-like blockchain that employs Ethereum’s smart contracts.

However, that information should be taken into account for long-term trading strategies, whereas right now, Ethereum Classic has entered a period of crisis.

A consolidation ending in a nosedive

After a period of cautions rise, the price of Ethereum Classic had literally exploded, having gone first from $5.4 to $9.7 in four days, retraced slightly to $8 and then had another rally that ended in testing the $13, a level where ETC was way back in August 2018, though, at that time, the market was moving in the opposite way. However, right after reaching the new heights, the coin has crawled below the 22-period EMA - a move that served as a prerequisite for a downfall that began on February 13. 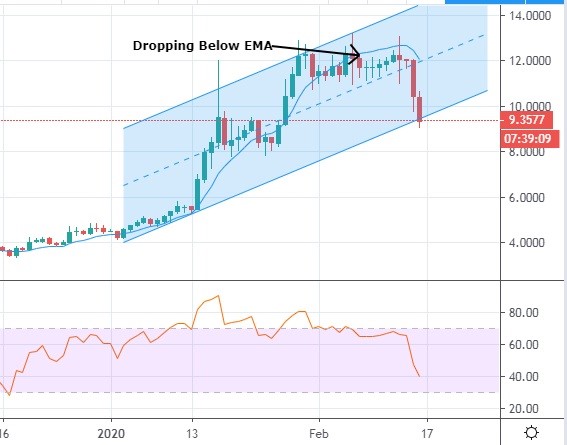 As of the time of writing, Ethereum Classic is breaking through the bottom line of the ascending channel, which held the trend structure, though this move needs to be finalized and confirmed by the next daily candle. The 14-period RSI responded to these developments by lowering sharply in the direction of the oversold area.

Although this move shouldn’t be considered as a buy signal because MACD reveals that the bears are tightening their grip as both MACD and signal curves are approaching the zero line, moving further away from each other as the histogram grows. This is a hint that the sellers will continue mounting the pressure, so it shouldn’t come as a surprise when ETC drops to the first resistance level at $8 in a span of five days.