It seems that Ethereum Classic (ETC) is one of the most troubled top-ranked cryptocurrency that is unable to catch the drift of the rest of the market. While other altcoins are displaying the respectable, and sometimes miraculous, gains, Ethereum Classic remains gridlocked in a long-standing channel with an impregnable resistance at $7.6. However, the overall inability of ETC to showcase the instances of distinct bullish action has been aggravated by the developments of a more malicious nature.

The 51% attacks are holding Ethereum Classic down

On August 6, the Ethereum Classic network suffered the 51% attack, the second one in a week, and the third one this year. The system has been carried out through the Ethermine mining pool that has reportedly withheld large payouts after discovering that over 4000 blocks were compromised. The first attack that had happened a few days prior to the described one was constructed along the same scheme.

51% attacks are quite common in the blockchain space, but two assaults in such a short period of time demonstrate the underlying weakness of the Ethereum Classic ecosystem in the face of a not overly complicated hack that is usually conducted with the use of rented or stolen hash power from well-known platforms like NiceHash.

In any case, the discovered vulnerabilities have already changed the sentiment around Ethereum Classic dramatically, with the general cautiousness being embodied in by far the strongest rejection on the part of the bears when the price has been pushed down from $8,3, which was supposed to the area where the new higher high would have established, all the way to $7,19 - a 14% drop in a week. 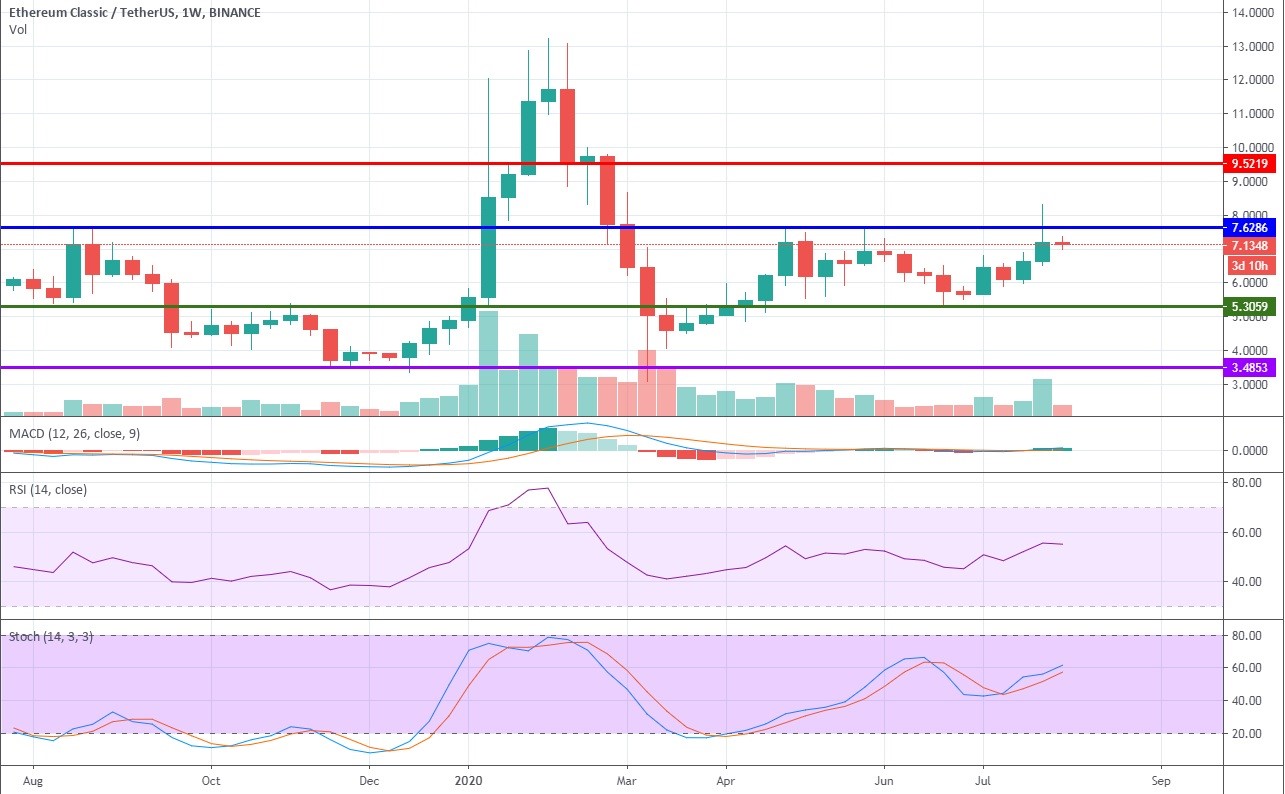 Please note that the last bullish weekly candle closed slightly above those that tested the resistance at $7.62 and formed the previous high on the weekly time frame, so the chance of a bullish resolution remains. Naturally, once the news concerning the 51% attack emerged, the price began to drop, but not as sharply as expected. However, the fact that Ethereum Classic displays the proclivity for tanking while the rest of the cryptocurrency market continues to ride the bullish train - as of the time of writing, the total market capitalization increased by 1.64% to $361.58 billion, while the total trading volume got a 9,43% boost and risen to $146,8 billion - signals about the possibility of further price depreciation that would keep Ethereum Classic jammed in a channel between $5.3 - $5.52 and $7.62.

The descent below the support line is unlikely, despite the negativity from the attacks, especially if the developers address this issue in a timely and effective manner. But if ETC does make a breakout to the upside, the price target would be at $9,52.

On the daily time frame, we see that the price has found interim support at $7, which had also come into play during the previous two upswings, but inevitably led to the collapse. 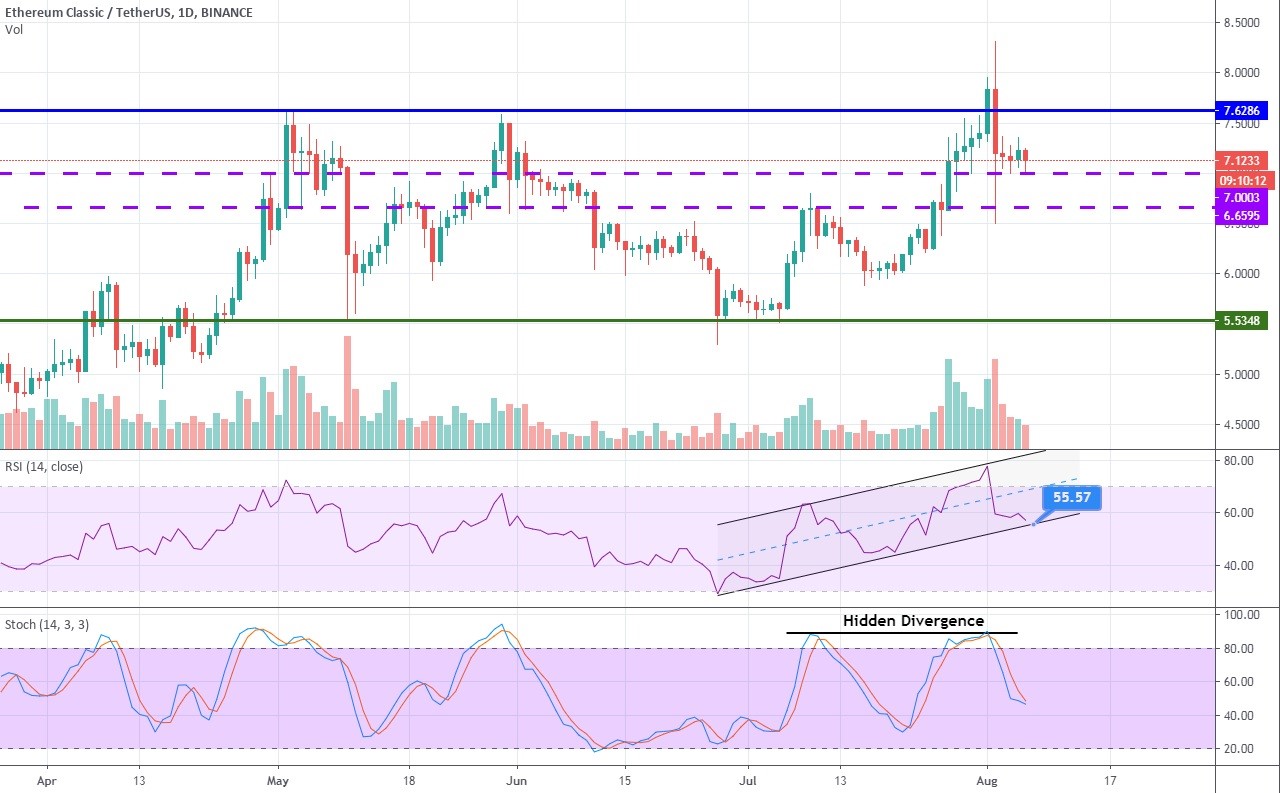 We predict that Ethereum Classic will be unable to deal with the consequences of the hack, and the resulting bearish pressure, and will slide down either to another interim support at $6.65 or to the macro one at $5.53.