Like many altcoins, Enjin Coin (ENJ) has had a tremendous bullish run once it had pulled itself out of the bearish pit that formed as the result of the March market crash. The 400% growth in a little over 70 days drew the attention of many retail traders towards the coin that was designed specifically for the gaming industry. No wonder that the average trading volume of ENJ from the past three months has exploded from $6 million to $30 million per day, and even reached the $60 million mark at a certain point.

A quick look at the all-time chart tells us that Enjin Coin is on the brink of establishing a secondary uptrend, given that the price manages to establish a foothold above $0.2 - $0.21, a final borderline between the bearish and the bullish macro zones. 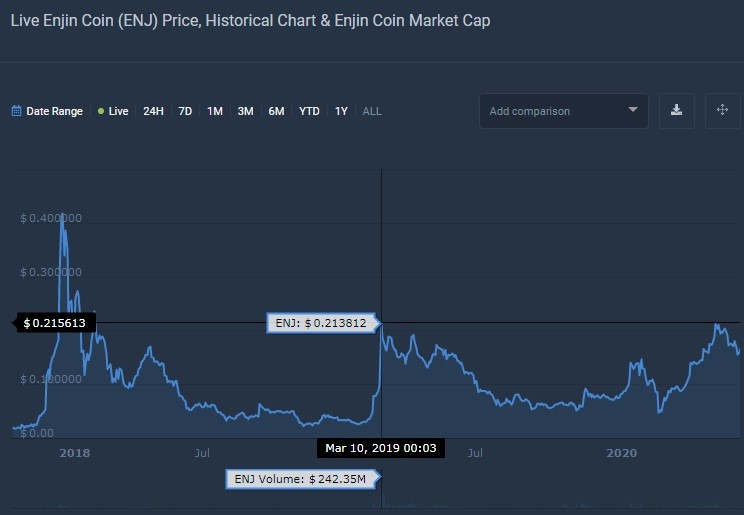 As you can see, ENJ has already tested the designated level but was vehemently rejected by the bears and experienced a 30% drop in the following month. Nevertheless, ENJ still retains a very positive status of yearly gains that amounts to 50.4% in USD - the mid-ranked altcoin has also outdone Bitcoin and Ethereum (90% and 95%, respectively). It is obvious that Enjin Coin is at the critical juncture at the moment since the retest of resistance at $0.2 will show whether the buyers are prepared to push the price higher towards the all-time high. By the way, ENJ’s all-time high stands at $0.49, which is some 63% apart from the coin’s current price at $0.179.

Strapping up for the second attempt at crucial resistance

In fact, the rejection was so hard that it pushed the price below the 50 EMA and dangerously close to the 200 EMA, threatening the overall composition of the uptrend. It also caused MACD to dive from the overbought area at 0.02 straight into the bearish zone, which must have instigated retail traders to keep on selling and caused the price to drop to $0.153. 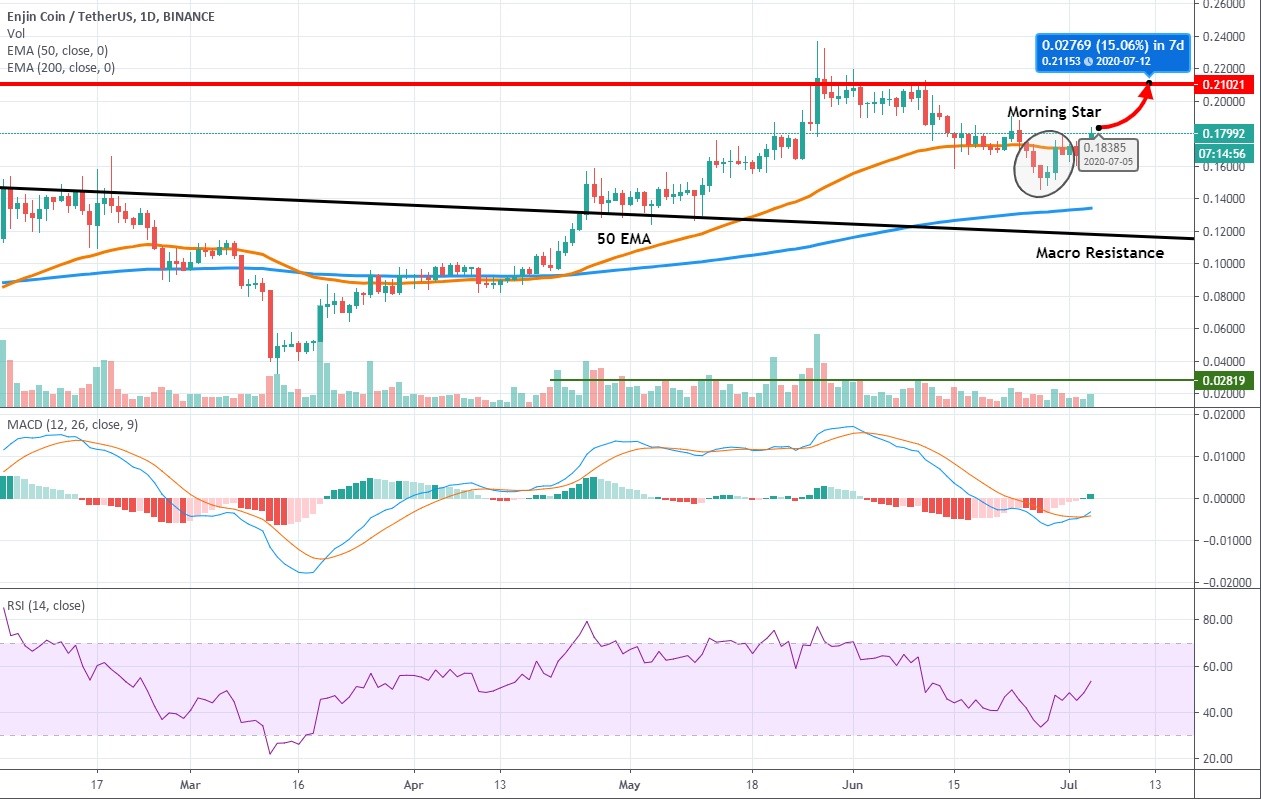 However, the bulls appear to be launching a counter move that stems from a powerful morning star pattern that always serves as an indication of the reversal of the preceding price trend. The push to the upside was followed by several days of indecision that took the form of four consecutive spinning tops. But given that the current daily candle opened above the close of those spinning tops - and above the 50 EMA - it would be safe to assume that the bulls have stolen the initiative and will now push for the retest of $0.21. This notion is also supported by the important indicators.

It is still too early to tell whether Enjin Coin would be able to overcome the resistance at the second try. In order to achieve that, the trading volume has to be no less than the level marked by the green line. Right now, however, traders have an opportunity to arrange for a 15% long play.