The all-time chart of Enjin Coin (ENJ) surely doesn’t look like your ordinary depiction of the price action of an altcoin from the wrong side of the top 100 - ENJ is currently ranked 72nd, with the market capitalization of $142 million. 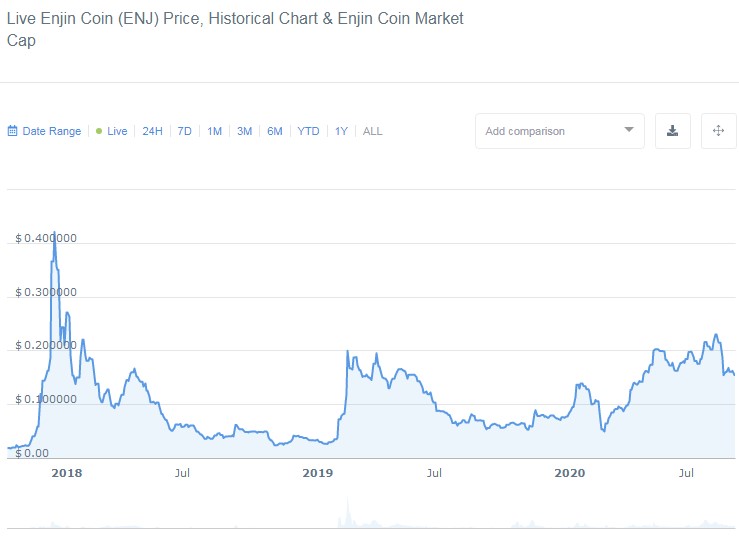 It’s certainly far from being the depiction of the bottom-feeding price action that’s characteristic of the neighboring altcoins, such as Decred (DRC) and Bitcoin Gold (BTG). Over the past two years, ENJ had made at least two powerful attempts to free itself from the shackles of the downtrend that began immediately after the price reached the all-time high at $0,49 in December 2018 and then rolled back to $0,16, the historical low.

The first attempt in 2019 took the form of an aggressive bull rally that found the ceiling at $0,2, an important resistance level that ENJ encountered again during the ongoing cycle of price action. But it also ended in a long and deep correction that was aggravated by the coronavirus crisis in March, which also became a starting point for another rally to $0,23 that also appears to have ended with the September market crash.

There are two interpretations of this price behavior: either Enjin Coin would finalize a slightly distorted cup & handle formation that emerged on the macro level, or it would repeat the previous pattern and go into a prolonged correction with a prospect of a sudden bullish reversal. Since the entire cryptocurrency market still finds itself in the limbo after the recent selloff, we don’t expect any abrupt movements from ENJ in the immediate future, though there are plenty of signs that the bears are most likely to prevail and drop the price down significantly.

ENJ is close to tripping and falling

The first one is revealed on the weekly chart, where ENJ is drawing the broadening wedge that must be regarded in the present context as a bearish pattern since it occurred at the top of the upswing. 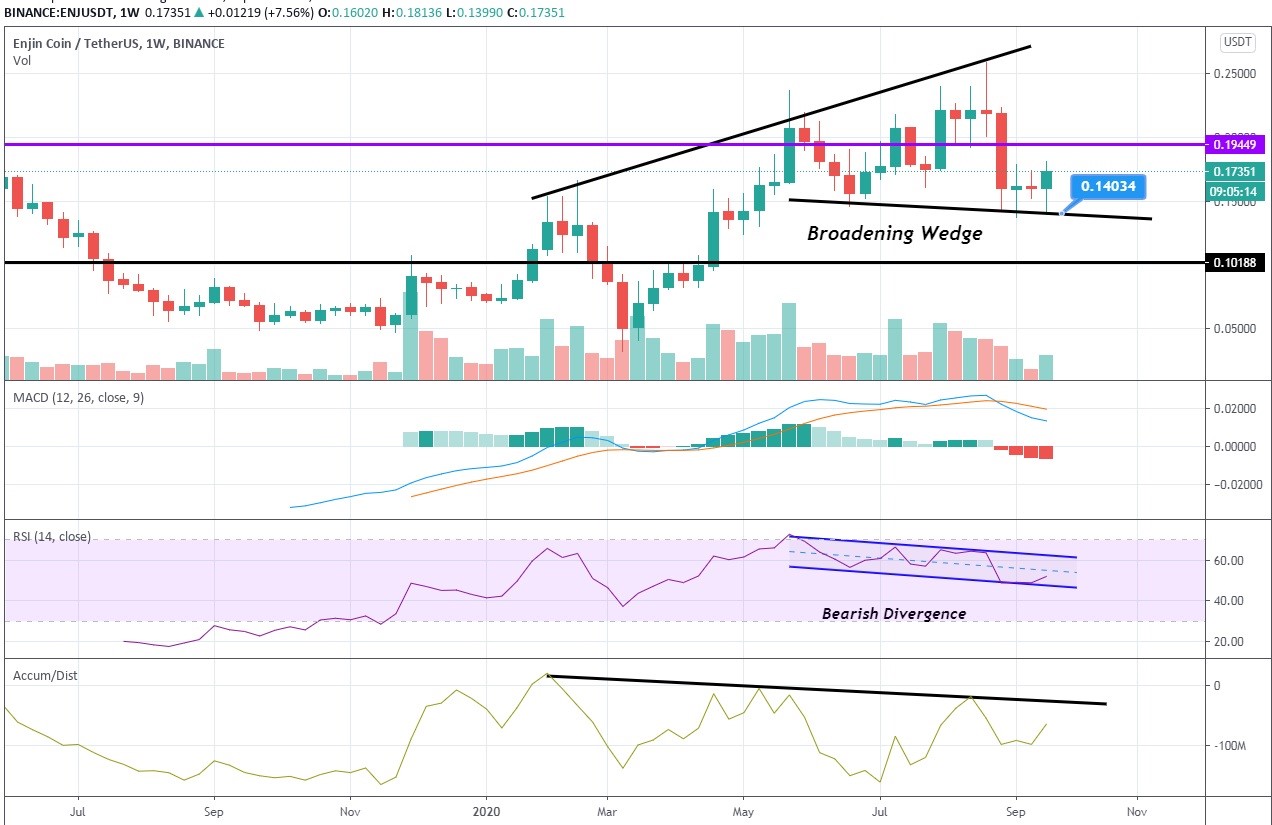 Our bearish expectations are supported by the signals provided by key indicators which point at the mounting selling pressure:

We conclude that Enjin Coin is displaying clear signs of the approaching price decline that could be avoided if the price consolidates above the support at $0.15, and indicators rise above the divergence lines. Otherwise, a 27% drop to $0.1 appears to be more than feasible.