One of the oldest cryptocurrencies, which was founded in 2009, Enjin Coin (ENJ), has been making significant progress lately while staying in line with the rest of the altcoin market that is booming right now, thus evoking the speculations regarding the next altseason. It must be noted that currently, we are witnessing an increased correlation between Bitcoin and many altcoins, something we haven’t seen since the bull market of 2017. 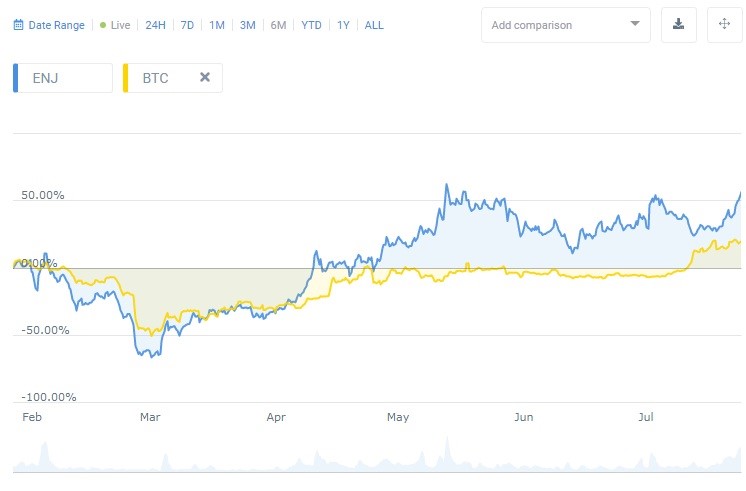 It doesn’t mean, of course, that the market is setting up to relive the events of 2017, but this peculiarity offers a hint with regard to the underlying bullish sentiment across the entire market, which, in its turn, points to the possibility of ENJ approaching the all-time high at $0.49, which is 53% from the current price of $0.229, by the year’s end, or even by the end of Q3 of 2020, considering the dynamics of market development.

There is little that could hold down the bulls now

Traders who were foresighted enough to get involved with ENJ at least a week ago could already scoop up a nice 37% profit from the bullish sprint that took the price above the critical resistance level - now support - at $0.2, which, as you can see on the chart below, served as an ultimate magnetic point for the price throughout the entire existence of Enjin Coin. That is the level where ENJ got rejected after the bullish rally of 2019, which ultimately led to a prolonged correction and the market collapse. It also marked the starting point of another deep correction in 2018 after the burst of the crypto bubble. 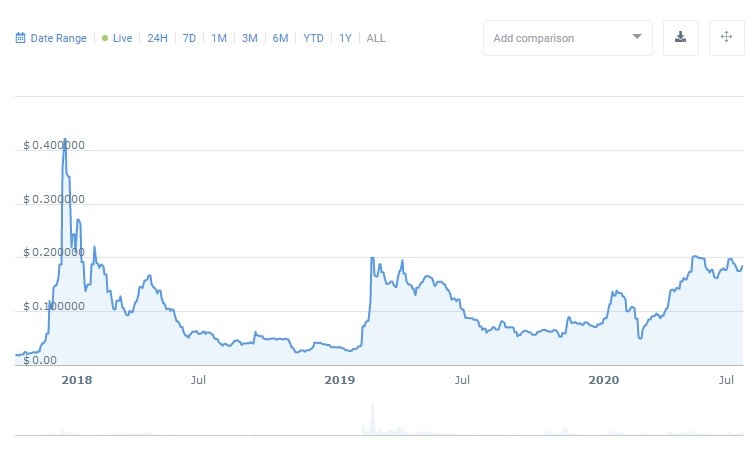 Therefore, if you went long on Enjin Coin some time ago and want to maintain this position in hopes of higher profits, then placing a stop-loss below $0.2 is mandatory at this junction, because the price might get rejected again and go into yet another correction. The probability of this scenario is rather low at the moment, but it would be foolish to disregard it, especially since the global economy is likely to suffer another blow caused by the second wave of COVID-19 that is already rising in Europe and Asia. As for the bullish scenario, it seems to be more realistic due to the following reasons: 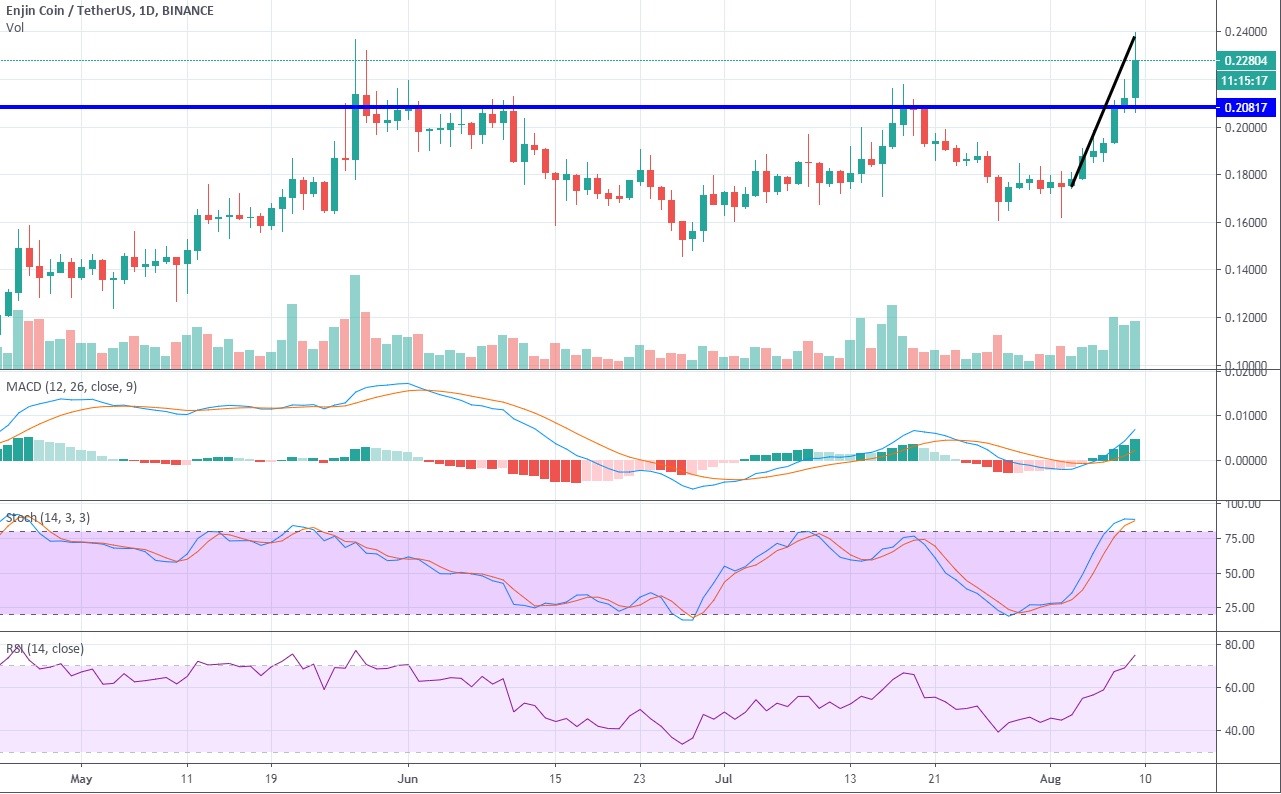 In conclusion, let’s have a quick look at the daily time frame to determine the scope of price action in the near future. Notice the big cluster of bullish volume that tends to increase, along with the growing green histogram of MACD, which is a sure sign that the bullish momentum is in full swing. Both Stochastic and RSI are in the overbought zones, although they have reached the extremes. Therefore, we predict another upswing to $0.25 before Enjin Coins starts retracing.