Elrond (ERD): The End of the Fairy Tale Gains

Those who devoted at least $10 to the Elrond (ERD) market three months ago should have been over the Moon as the return on this investment amounted to the mind-blowing 1,213% in such a relatively short period of time. As a result, ERD became the most acclaimed gainer on the entire market of cryptocurrencies since it boasts a substantially larger price appreciation, compared to its closest rivals Aurora (AOA) and Bancor (BNT).

We have already provided an extensive explanation of the reasons behind such a parabolic price appreciation of ERD that had a lot to do with the expectations around the launch of mainnet, which is always a huge event for any blockchain project that serves as an instigator of bullish price action. Beside, Elrond represents the space of decentralized finance that has apparently become the hit of 2020 as literally all coins related to DeFi, the mentioned Bancor (BNT) being another prominent representative, saw tremendous growth in the past few months.

The release of the Elrond mainnet took place on July 30, together with the proprietary DeFi application and the stalking feature. The network now features as many as 1,500 nodes operating across the world, along with 50 shards that are said to take the network throughput to a whole new level, allowing to carry out over 260,000 transactions in a second.

However, as it always happens in any market, once the grand event takes place and the upgrades get enacted, the hype around the coin dies down immediately, which leads to a tangible price depreciation. ERD wasn’t an exception as its value began sliding downhill once it reached the all-time high at $0.28. 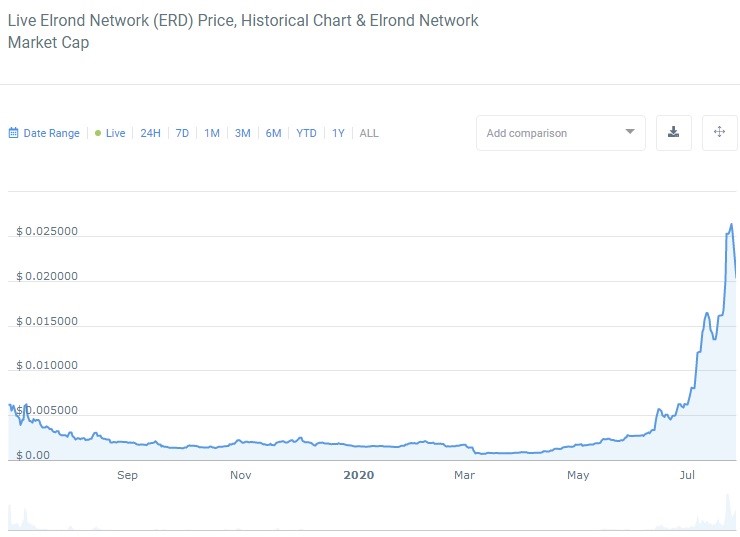 Ironically, Elrond went into a full-blown correction right when the rest of the cryptocurrency market, especially Bitcoin, went on a largest bull rally since January. On the other hand, this price behavior puts Elrond in the cohort of contrarian cryptocurrencies that are weakly correlated with the behavior of BTC, which could become one of Elrond’s virtues in the future. But presently, traders have another outstanding task, which is to try and determine the bottom of the ongoing correction in order to restock on ERD because it appears that this altcoin is here to stay.

Where the bottom lies?

The daily chart below shows that ERD has been in a freefall during the past four days, during which time the price depreciated by 30%, and it’s far from being over, as key indicators suggest. 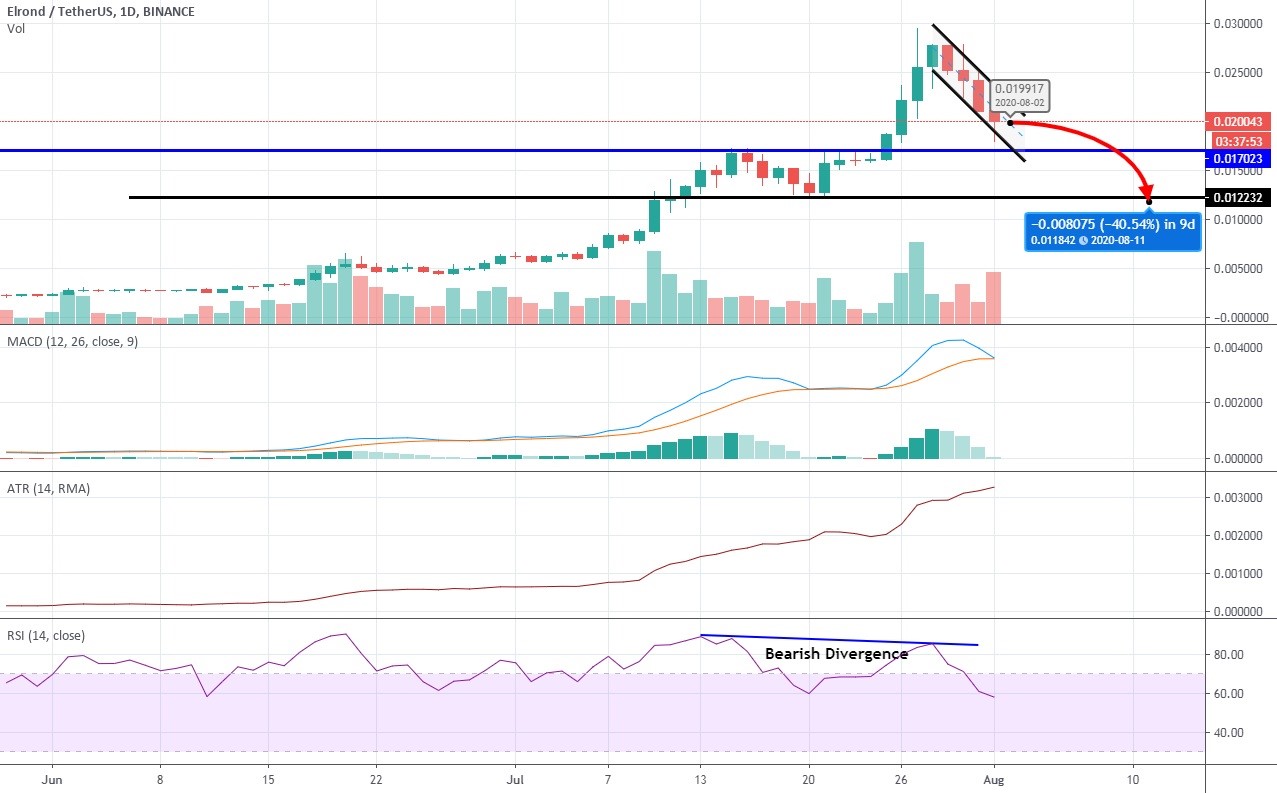 We predict that Elrond will follow the example of Theta Token (THETA), which has also seen a rapid 50% degradation of price after tremendous growth, which is a natural course of events for the nascent cryptocurrency. ERD will crash down past the resistance at $0.017 in the following 3 to 5 days, and stop at $0.012, marking another 40.5% slide to the downside.