Electroneum (ETN) - Not So Modest Gains

Many traders tend to be overly snobbish when it comes to altcoins, especially the altcoins that sit outside the top 100. They deem such coins worthless simply because they do not make the newsreels and have a modest market capitalization. In doing so, such traders miss out on a lot of money-making opportunities, because at the end of the day, its gains and profit-making abilities of the coin that matter, not its rank, market cap, or popularity.

Fundamentally, Electroneum is also not a project that shoots for the stars. It has a small but devoted team that began devising a blockchain ecosystem in 2017, which has the following features:

Nevertheless, this seemingly unimpressive currency has proven to be a decent gainer, specifically in the period after the March market crash.

Even though Electroneum looks like the typical dead-end coin on the all-time price chart - and we wouldn’t recommend long-term investment in ETN because of its weak performance on the macro level - it has had a decent year, having lost only 9.4% against USD, which is less than the losses displayed by the top altcoin like Ripple (XPR) which got devalued by 37.5% over the same period of time. 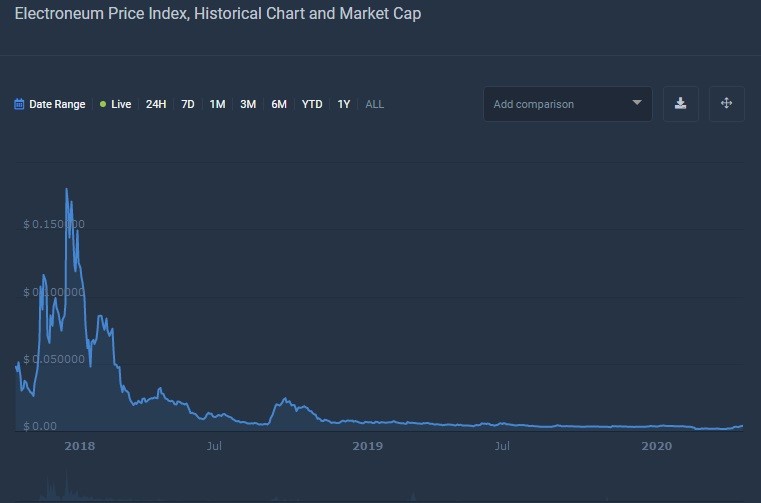 But what should whet most traders’ appetite is how Electroneum performed in the past two months, which was nothing short of impressive.

The third bull flag is a crucial milestone

Electroneum has dealt with the aftermath of Black Thursday in an unorthodox way. The bulls didn’t try to push to the upside immediately but have let the price accumulate below the 0.236 retracement on Fibonacci for around six weeks. 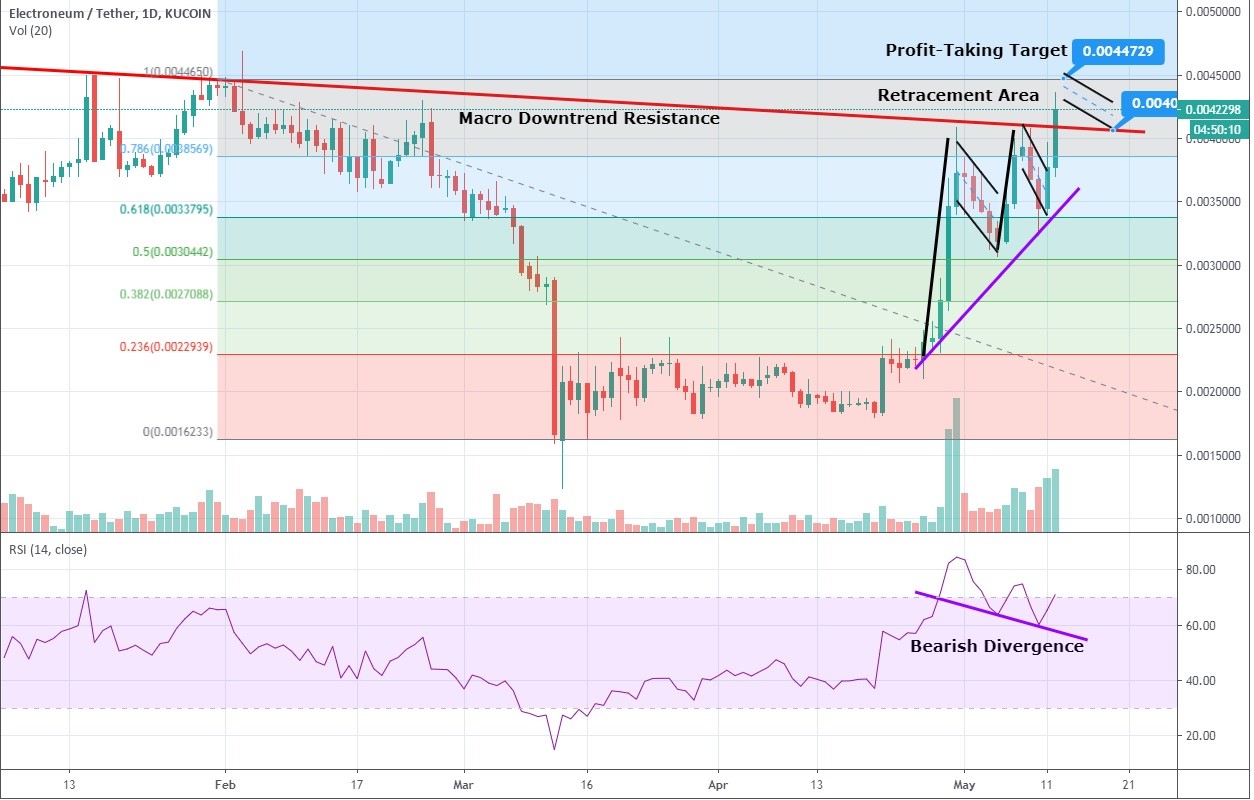 Having gathered enough strength - see how bullish volume had been increasing for a couple of weeks in April - ETN went on a monstrous bull rally and gained 50% in just two weeks, crashing through four Fibo retracement levels along the way. Even though this price increase has been extremely rapid, it can be deemed as healthy because of two bullish flags that Electroneum has put up in the process. However, traders must be wary of a clear-cut bearish divergence on the 14-period RSI that began to emerge right at the inception of the rally.

The divergence substantiates our ETN price prediction for the next week - the price will reach the 1.0 Fibo level, which also constitutes a historical resistance as it is the top of the previous bull rally. Due to this convergence, Electroneum won’t be able to breach it instantly, so we recommend taking a profit at $0.0044. Upon that, traders must have the patience to see the resolution of the third bullish flag, and if Electroneum falls below the macro resistance, or $0.004, short the coin immediately because that’s when the price could begin to crash.