Since DREP is a low-ranked cryptocurrency that currently sits at the 492nd spot in the global ratings, many retail traders disregard this altcoin, which represents the so-called smart pipeline technology, mainly because of the unfamiliarity with its fundamentals, as well as the relatively low trading volume in this market that rarely exceeds $2 million. But while DREP is certainly unsuitable for intraday trading, it is arguably one of the best inconspicuous altcoins for swing trading because, as you can see on the historical chart below, if the buyers start pushing it to the upside, the price tends to explode like water from a hot spring. 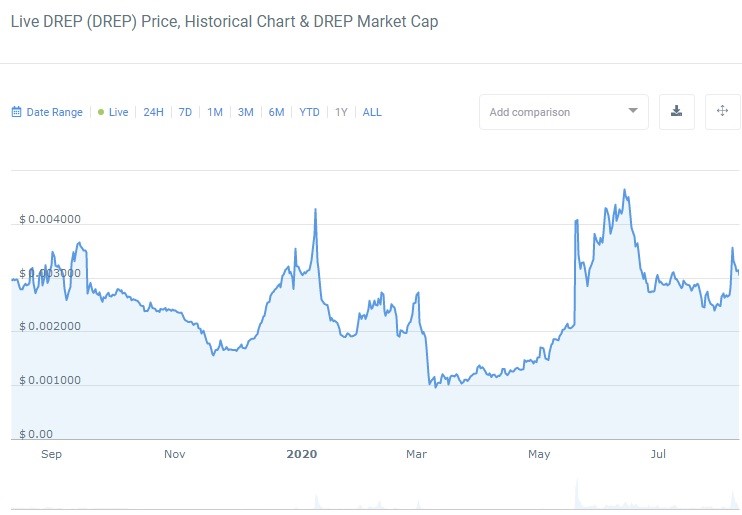 Just take a moment to appreciate how many sharp peaks the price has had in a span of a year, which are always followed by considerable troughs, the real swing trader’s dream. The price action of DREP, however, is also very erratic and unstructured, which makes it that much harder, and more interesting, to pick the most appropriate entry and exit points. But if you manage to do that correctly, with the help of our DREP price analysis, you could be in for considerable profits either from a long or a short trade.

Also, please mind that DREP is not an inherently weak altcoin because its performance profile, especially against USD, showcases gains on all time frames: the 11.3% progress on the yearly scale is mostly the courtesy of recent price action since the altcoin managed to have its price bumped up by 18.2% in the last seven days. Our comprehensive DREP price analysis will tell whether traders should prepare themselves for another episode of bursting price action or go short on this coin instead.

The unbreakable resistance keeps DREP away from the all-time high

As already mentioned, DREP is not particularly fond of accurate channels and distinguishable vertical resistance levels due to its inherent precarity. However, there are a couple of magnetic points, towards which the price seems to be always pulled, depending on whether it is operating within the bearish of the bullish context. 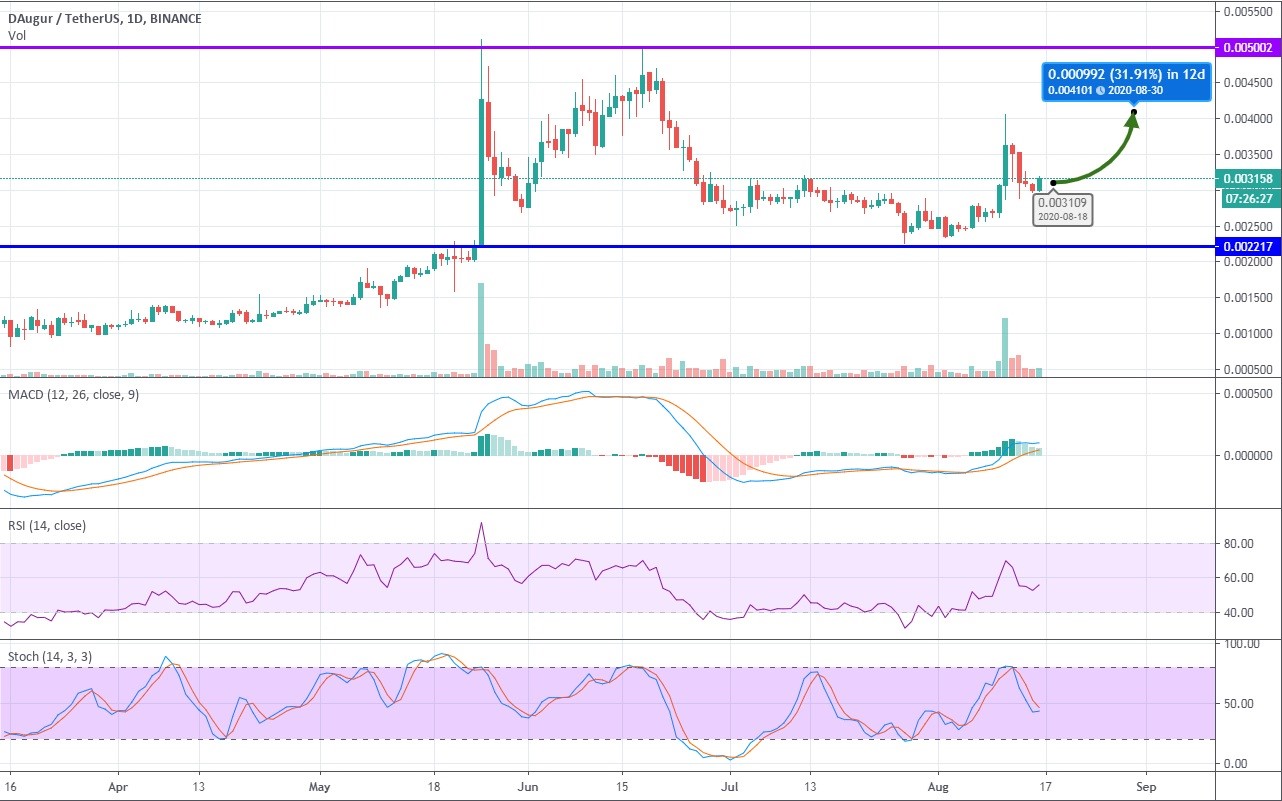 The first one is $0.0022 that acts as a borderline between the bearish and bullish zones in terms that if the price manages to stay above that level, traders are most likely to see a strong bull rally, like the one that happened in the last days of May when the price had finally broken that level and got catapulted 130% to the upside in a matter of a day.

This instant rally got finalized at the second crucial price level at $0.005, which DREP keeps hitting, and getting rejected, time and time again. By the way, this resistance is only a step away from the all-time high at $0.0058, so it is only natural for the bears to defend this level with the utmost vehemence. Should that level be conquered, the sky would be the limit for DREP.

As for the more immediate DREP price prediction, the coin appears to be preparing for another bullish impulse after finding support at $0.003 and having a bullish candle that engulfs the previous two bearish ones, which is a sign of buyers’ strength, confirmed by the increasing bullish volume. The three key indicators: MACD, RSI, and Stochastic, are displaying the intention to get back on bullish tracks. All in all, we forecast that DREP is likely to have another 30% price bump in the next ten to twelve days; otherwise, the price will drop to $0.0022 for some consolidation.