Not every trader likes to dig deep into the lower cryptocurrency rankings in search of a coin that is gearing up for a big bullish move. Those who don't do enough research would probably miss DREP (DREP), an altcoin that represents a project that creates the blockchain-enabled "connectors" and "toolkits" for developers and also works on establishing an open and transparent on-chain data ecosystem.

DREP is ranked 344th, with a market capitalization of $11 million, which is very modest for a project that doesn't operate on an all-volunteer basis. The coin was first listed on cryptocurrency exchanges in April 2019 and became trapped in the downtrend immediately after making an appearance in the market. 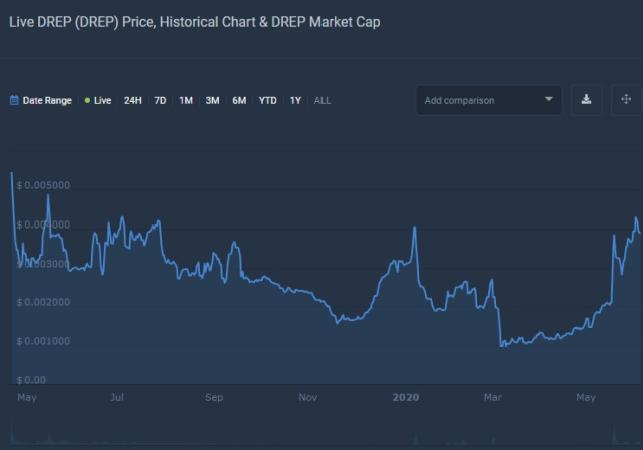 Binance accommodates the overwhelming majority of trading volume, sharing 96% of the overall volume among DREP/USDT and DREP/BTC pairs. The coin's 30-day volume profile can be characterized as being inconsistent since it fluctuates wildly between $200,000 and $8 million, with sudden injections of liquidity that drove the volume to $84 million. This proves that the DREP market is exceedingly prone to price manipulations, which could be converted to substantial profits if one gets to predict the whales' sentiment correctly.

At the time of writing, DREP is priced at $0.0044, having gained 7.67% in the last 24 hours. Over the past year, DREP has proven to be a strong gainer, as it is one of the few low-ranked altcoins that managed to retain and supplement the gains from 2019, which now stands at 46% in USD value. But it was the last 30 days when DREP has really shined as it made triple figures against Bitcoin and Ethereum. 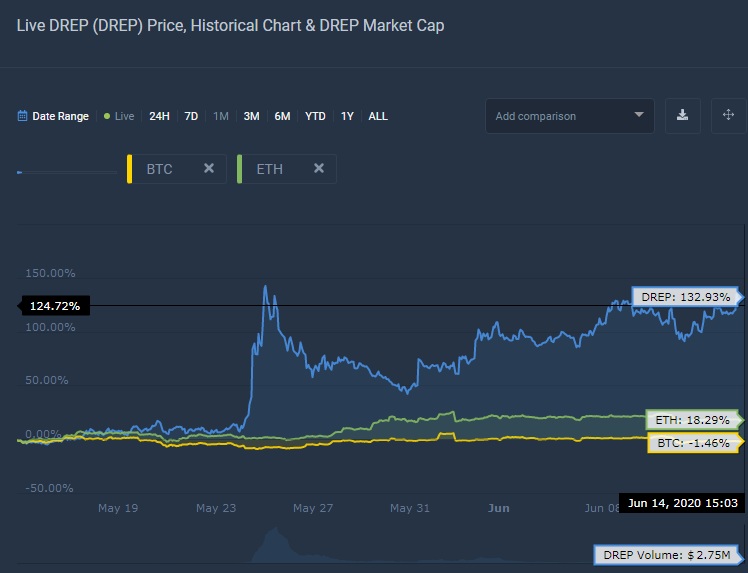 But it's the fact that DREP is now close to making a full recovery after the correction while approaching the all-time high at $0,0058 is what should arouse traders' interest.

A final push to the all-time high

On the daily time frame, the bulls managed to cling onto the support at $0.0034 without pushing the 14-day RSI above 70 and into the overbought zone. However, the price didn't manage to establish a new higher high on the second upswing after the 35% retracement to $0.00273 that followed the initial impulse, and now began to show signs of consolidation. 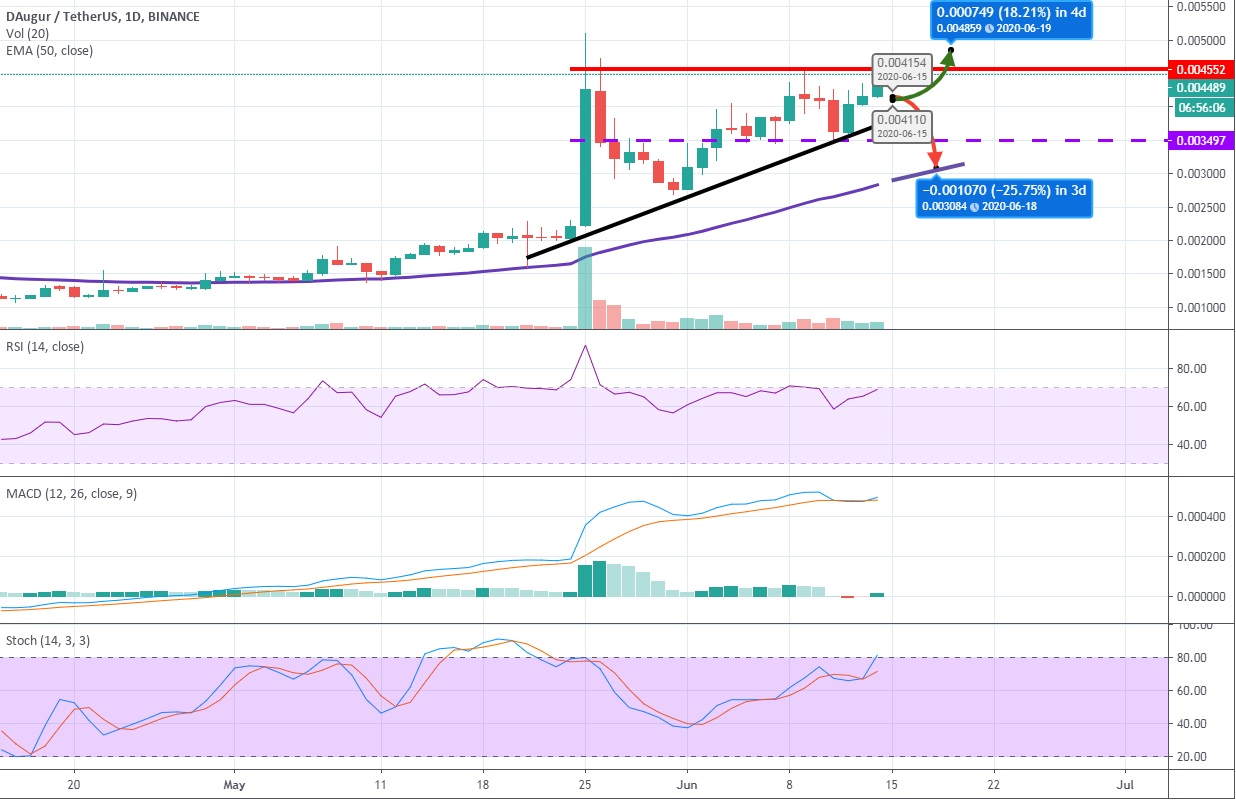 By being rejected, DREP confirmed the ascending triangle formation, the resolution of which could have a tangible effect on the market.

In the case of the bearish scenario, the price is likely to be pressured down by 25% to the 50-period EMA, which at that time, should be at $0.003. If that happens, DREP will go into yet another monotonous consolidation.

However, everything, except for the volume profile, is lining up for DREP to make a breakout above $0.0045 in the 18% upside move. RSI currently glides below 70, ready to go into the overbought territory. MACD is high in the bullish zone and appears to be having the intention to stay there to give the bull the needed incentive. Stochastic also keeps plotting to the upside without setting foot in the overbought territory.

All in all, DREP is displaying a genuine potential for a crucial upside swing that is likely to bring the price closer or even above the all-time high that will trigger a stronger rally.