They say that the night is darkest just before dawn, which is especially relevant for a group of altcoins, which includes DigiByte (DGB), that went on a full-scale uptrend right after the market crash, instigated by the coronavirus pandemic. 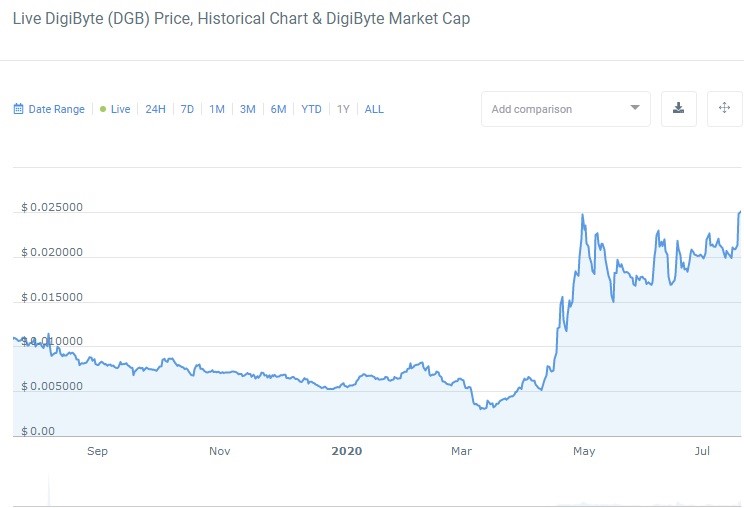 The chart above shows how DigiByte made a sharp reverse after months of tedious downtrending, which had finally run its course on March 12, when the price sunk to $0.0015, the lowest point since May 2017.

After that, DGB boasted a terrific 725% bull rally that has been lasting for 120 days, thus giving the most industrious traders a lot of money-making opportunities. DGB’s performance profile has also turned positive thanks to the rally as its USD value had fattened up by 130% over the year, and got the same price appreciation in the pair with Bitcoin.

But recently, the eager buyers ran into a serious obstacle at the area between $0.22 and $0.26, an immensely strong historical resistance that runs like a thread throughout the entire history of DGB’s price action. 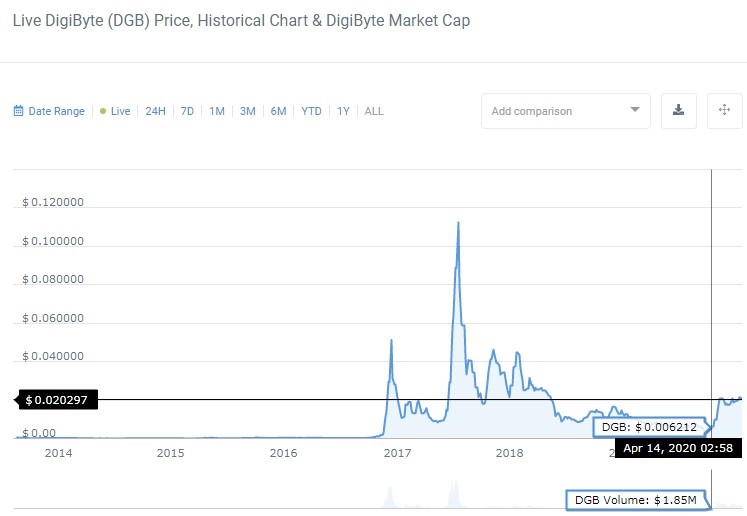 At this point, DigiByte could let the bulls carry the weight on their shoulders and take the price to $0.3 and higher, thus marking the commencement of a genuine secondary uptrend, or go into a full-blown correction and annihilate a considerable chunk of its latest gains.

DigiByte intends to prolong the uptrend

The daily chart provides a clearer look at the current developments in the DGB/USDT market: the price has tested the level at $0.26 as much as four times already but to no avail, which is explained by the presence of firm historical resistance in that area. 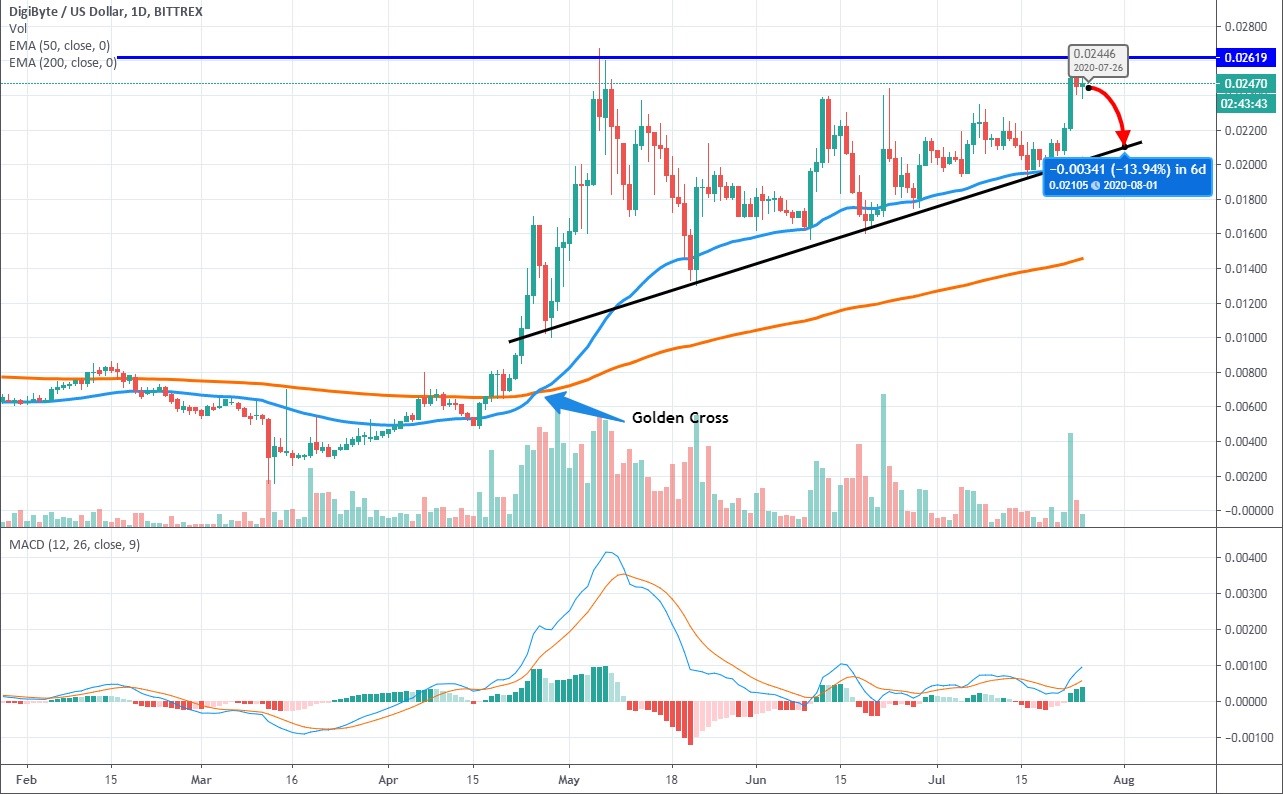 Also note how well the golden cross, which emerged on April 25, had played out in this situation that has been uncharacteristic for the majority of other markets for the past several months. Therefore, please pay attention to the moving averages here as they are reflective of the underlying sentiment.

Presently, the price is in the tight clinch hold with the 50-period EMA, having broken it on two separate occasions but then recovered back above the line. The trend-defining 200 EMA is also floating to the upside, thus fueling the overall bullish momentum.

Right now, DGB is locked in the clearly defined ascending triangle, which is a textbook continuation pattern that adds to the probability of DigiByte breaking above $0.26 (and even $0.3) over the course of the next week. There is a slight concern regarding the trading volume that has been on a decline since the tail end of June, but the regular emergence of huge spikes of buying volume suggests that big market players are always there to push the price out of the trough.

We predict that DigiByte could have another 14% retracement to touch the vertical resistance and the 50 EMA, upon which the bulls will push the price above $0.3, thus maintaining the uptrend.