DigiByte (DGB) belongs to the group of altcoins that actively display the signs of revival after a protracted and tedious correction that lasted since 2018. Even a quick look at DGB's all-time chart tells of the coin's proclivity towards bullish action, which, ironically, began to emerge right after the infamous market crash of March 12-13, caused by the coronavirus pandemic. 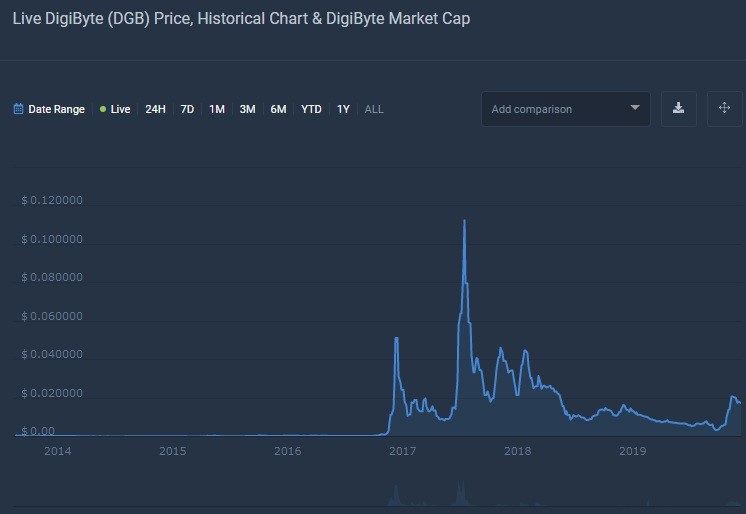 Prior to that, the price action of DigiByte must have bored traders to death because it had been traded in a minuscule range that was quietly chugging to the downside. But that time is now over as DGB initiated an enormous spurt to the upside which is now taking the shape of a properly fashioned minor uptrend with three lower highs, but only one higher high, with another one needed to assure traders of the market's commitment to the current bullish context.

Also, the last explosive price growth allowed DigiByte to overcompensate for the losses from last year, as the altcoin is now up 66.7% against USD, and is also in double figures against BTC and ETH - 50.6% and 85.5%, respectively.

It could be the time for DigiByte to shine again

The all-time chart shows that despite becoming a victim of the bubble of 2017, DGB's price action didn't turn into a flat line, and now seems to be preparing itself for the bullish period in Q2 & 3 of 2020. The technological solution offered by the team, which, by the way, works solely on a volunteer basis and didn't even conduct an ICO to gather funds, is solid and includes state-of-the-art network infrastructure that ensures full ASIC resistance, the block production that takes only 15 seconds, and five different cryptographic algorithms. Therefore, DigiByte is suitable for both long-term trading and investment since this project seems to be on the rise, judging by the growing market capitalization, which now amounts to $273 million.

The trading volume analysis shows that the volume has the tendency to rise - in the past 30 days, it increased from $19 million to $36 million, thus proving that traders' interest towards DGB is heating up. 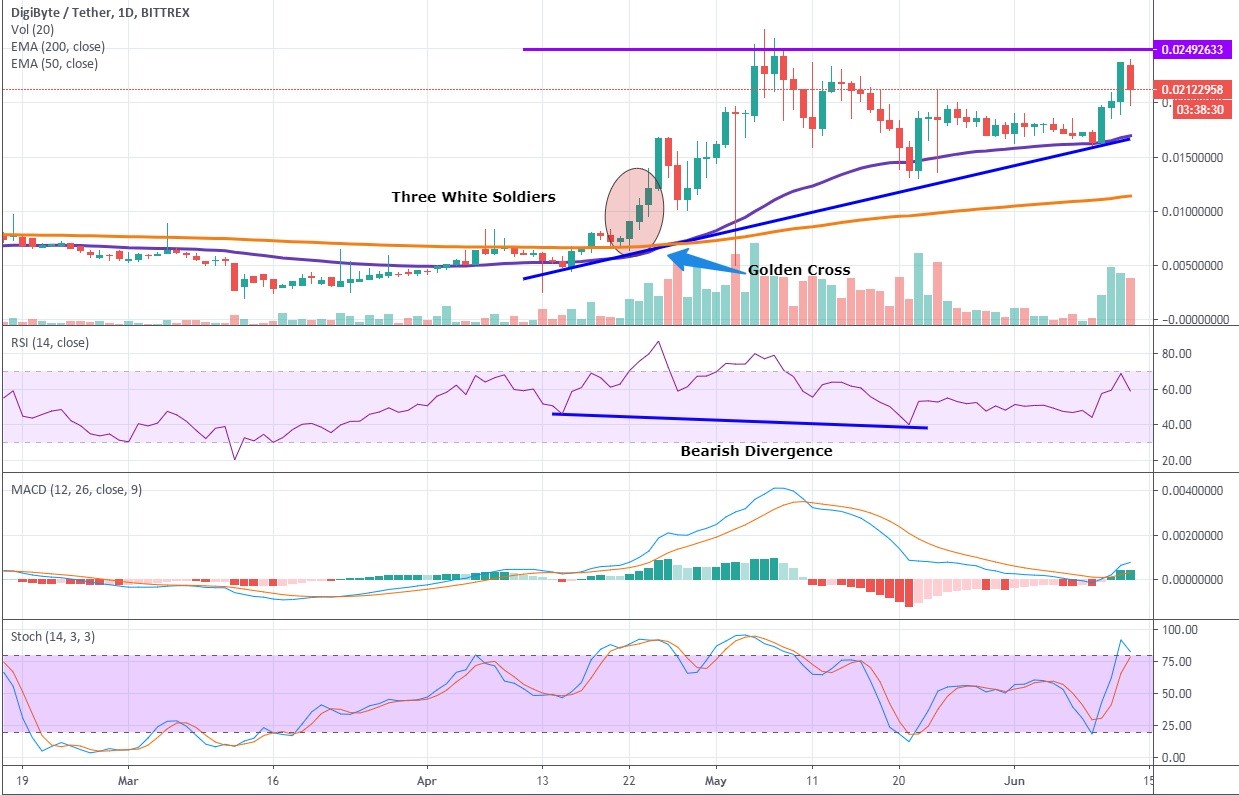 The entire bullish move began with the three white soldiers pattern that has been playing out diligently so far. The pattern had also coincided with the golden cross on the daily time frame that must serve as an additional confirmation of DigiByte's bullish inclinations.

What's also interesting about the present situation in this market is the relevant neutrality of all three major indicators:

All in all, DigiByte looks ready to retest the resistance at $0.24, and if done properly, this level could become a support for a major upside move to $0.44.