As the name suggests, DFI.Money (YFII) is the newly emerged altcoin that serves the surging industry of decentralized finance (DeFi). Built on the Ethereum blockchain, this platform provides developers with the instrumentation necessary to create products that ensure the provision of liquidity to the network, facilitate trading with leverage, and help automate the process of market-making. DFI.Money also stems from another DeFi project, namely yearn.finance, as its hard fork that occurred after the implementation of the 8th yEarn proposal for network improvement.

The YFII token's function is to serve as a means for platform governance and incentivize the users to add liquidity to the DFI. Money's own pool through yield farming - the practice of staking a certain cryptocurrency on the blockchain platform for a regular reward that is paid in native tokens, in our case, it's YFII. 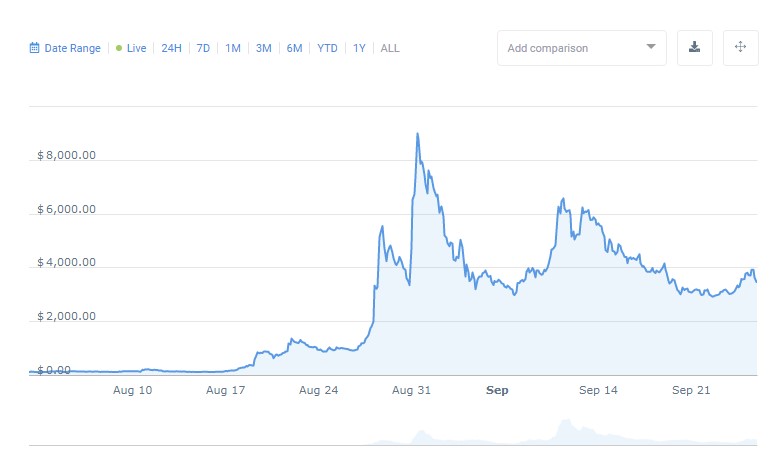 DFI.Money is a hot-out-of-the-oven cryptocurrency that was listed for trading in the first week of August by all major exchange platforms. As of now, the largest share of daily trading volume belongs to Binance, OKEx, and Huobi Global.

DFI.Money finds itself at the crossroads

YFII is currently priced at $3,489, though it entered the cryptocurrency market valued around $130 - phenomenal progress in such a short period of time. The token has already established the all-time high at $9,800 on September 2, approximately at the time of Binance listing, but then got knocked down brutally, along with the rest of the cryptocurrency market. The market capitalization of DFI.Money went from its highest point at $271 million to the present $132 million as the result of the selling pressure. Nevertheless, YFII has put up an impressive performance in the past 30 days by gaining 140% against USD; 154% and 162% against Bitcoin and Ethereum, respectively.

The analysis of the average daily trading volume from the past 30 days tells us that YFII is prone to large fluctuations as the volume displayed the instances of going from $130 million to $1,09 billion in a matter of five days. Such volume spikes usually coincide with large upswings, so look for the bursting buying volume for the confirmation of the next dash to the upside.

Also, it is important to note that DFI.Money has already established strong multi-week support at $2,900, which is now a part of one big descending triangle pattern found on the weekly time frame. 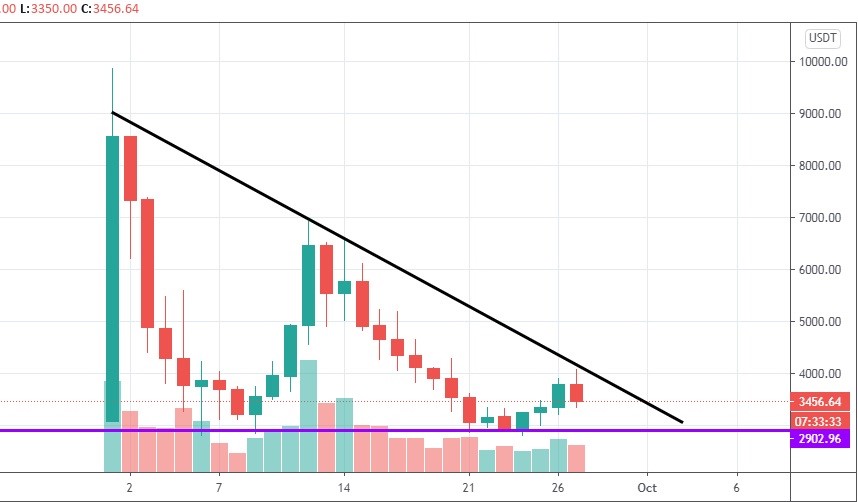 Obviously, this triangle is going to be resolved soon. However, it's hard to tell with a high degree of precision whether the upcoming move would be directed to the upside or the downside. Everything will depend on the situation on the cryptocurrency market in general, and in the DeFi sector in particular. In that case, the breach of support at $2,900 to the downside would serve as the strongest signal to sell. 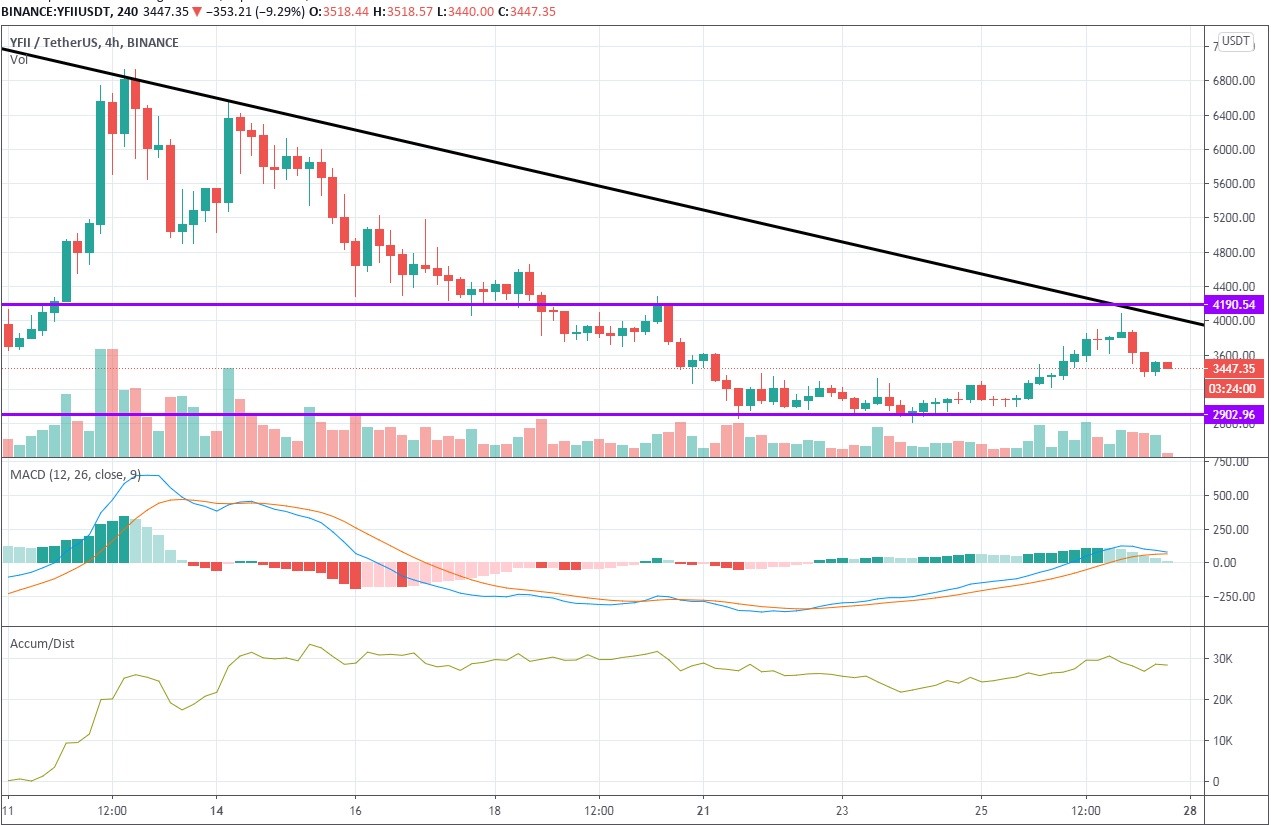 The price action on the 4-hour chart tells us of the probability of another drop to the support line as two MA's of MACD have drawn close together on the backdrop of fading histogram, though the possibility of crossover rejection at the signal line remains.

The Accumulation/Distribution indicator is in the neutral zone with no divergences in sight, which could entail a tighter squeeze of price range before the breakout.

The Rise of DeFi: Would the New Financial Movement Make Banks Obsolete?