It seems that the markets have finally calmed down after the panic caused by the coronavirus outbreak and the commenced oil war, which caused the price of the fossil fuel to drop below $25, thus further instigating the global uncertainty. The Federal Reserve has undertaken the unprecedented measures to stabilize the traditional markets - in other words, poured billions of dollars into stopping the stock prices from going under - which also had a somewhat positive effect on the cryptocurrency market in general, and the Decred one in particular, mainly because of the increasing correlation between the two.

So much so that DRC had even shown an 18% growth over the period of the last seven days, although it compensated for only a fraction of losses that the coin endured when the market had jumped into the abyss and devalued by 55% in just three days. 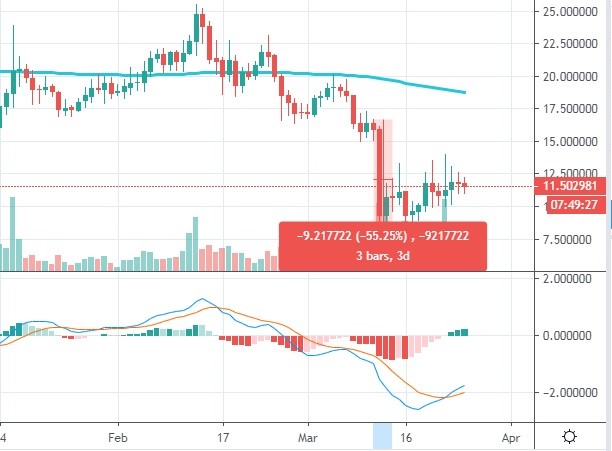 Consolidating far away from the all-time low

Nevertheless, even such a deep dive didn’t make Decred reach the all-time low of $0.39  - as it happened to many cryptocurrencies, including the highest-ranked ones - the level that was obtained way back in December 2016. The lowest point to which DRC arrived during the first days of the crisis was $6.7 - an achievement that is ambiguous in itself. On the one hand, the coin has shown its resilience towards the market shocks of such caliber. But on the other hand, it left Decred plenty of room to perform a move to the downside in case another panic sell occurs. 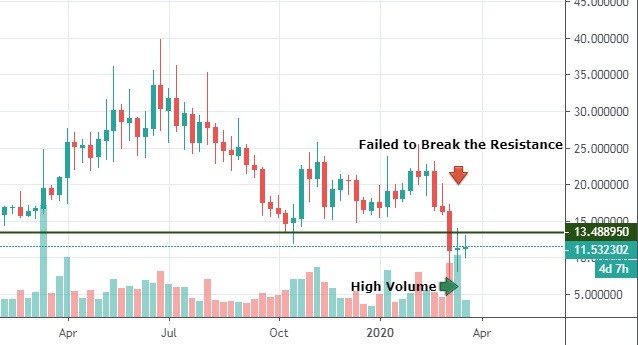 For the time being, the market is in the phase of consolidation/stabilization, which doesn’t offer a lot of opportunities for swing trading but forces traders to hone their scalping skills on small time frames. But first, let’s take a quick look at the weekly chart to get a better understanding of the context of the ongoing price action.

Here we see DRC meeting a stubborn resistance at $13.4, a very firm historical level that emerged at the tail end of 2018. The stubbornness of that level is determined by the fact that the price has failed to breach it even when aided by the highest buy volume of the present year. Therefore, if there would be no significant disturbances on the market in the coming weeks, $13.4 would be the level onto which Decred would cling during that time. The lower level of the consolidation channel would be determined on the hourly time frame that provides a better layout of the current price movement. 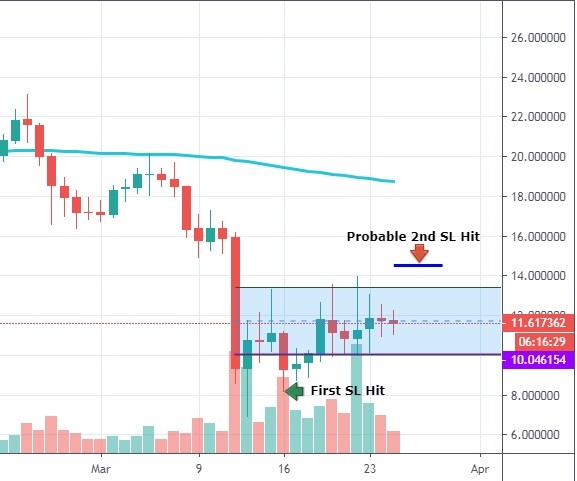 In order to do that, we need to look at two instances when the price has had a strong upside impulse and then define the support that it has established after a retracement. Obviously, the lower trading level presently stands at $10 - although traders should be cautious when placing a stop-loss since it is well-known that whales tend to hunt for stop-losses in consolidation channels by forcing the price to go momentarily beyond the designated support. The first such example occurred at $8.1, having hit those who were bold enough to take a long position. The second price burst to the levels between the present resistance and $14.5 should take out those who have gone short, and then retreat to the consolidation channel.