Have you ever heard a story about an immensely talented and promising young person, who is overshadowed by a more popular sibling? The tale of Decred (DCR) and Bitcoin fits that scenario perfectly.

Decred is an old-timer among cryptocurrencies as it has become present on cryptocurrency exchanges back in early February 2016. 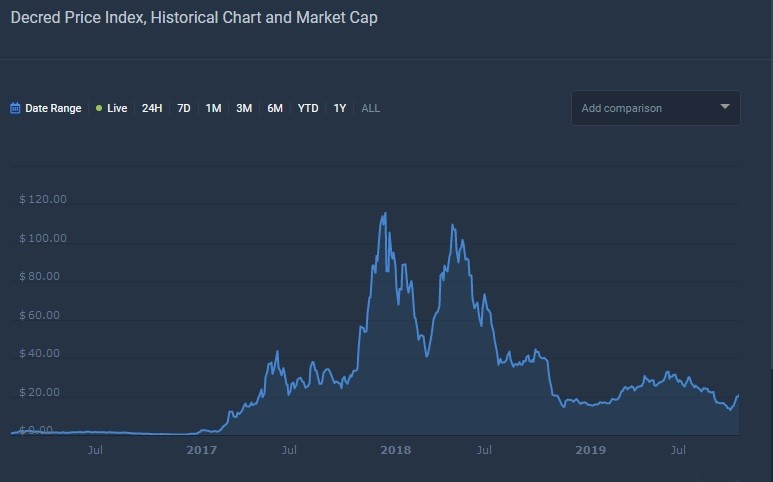 The price of DCR at the time of entrance was revolving around $1 per coin, followed by short uphill hikes to $2,3 and descends to $0,4, accompanied by an insignificant trading volume. Such a situation held for more than a year until March 2017, after which the price movement started to get really interesting.

But let’s take a short detour in order to understand why Decred has such unique fundamental value. DCR is a fork of Bitcoin that occurred at the curtain fall of 2015. The team behind this project placed a specific emphasis on the development of a hybrid consensus algorithm that combines proof-of-work and proof-of-stake protocols. It enables the network to carry out stakeholder governance based on a balanced voting system that includes miners and validators.

These features allow for a broader network decentralization, the use of much fairer voting mechanisms than that of Bitcoin, and also the more cost-effective and environmentally-friendly mining. Moreover, the Decred blockchain also provides means for atomic swaps between such cryptocurrencies as BTC, LTC, and DCR. As you can see, our metaphor regarding the relations between Decred and Bitcoin is appropriate since the former contains more progressive technical solutions but, nevertheless, it is highly underappreciated.

Decred belongs to a rare breed of cryptocurrencies that had peaked twice during the notorious year of 2018, when the market was in a total meltdown. DCR had successfully ridden the bull market of late 2017 and climaxed in January 2018, upon reaching the all-time high $115,94. But unlike other cryptocurrencies, which went into a severe and prolonged decline, Decred actually managed to bounce back from the correction to $41 and closely approach the resistance level of $120 once again in May 2018.

This shows that DCR could be very lively, even in the midst of the bear market. However, it is also important to note that the introduction of updates and system improvements doesn’t always have a positive impact on the value of DCR. For instance, the price of DCR had crashed by no less than 40% in October 2018, after Decred introduced the Politeia feature that granted more voting power to stakeholders. Therefore, the straightforward thinking isn’t always applicable when trying to predict the DCR price.

Decred Price prediction for the near future

By looking at the DCR/BTC chart on a daily timeframe, we can clearly see the signs of trend reversal after the coin had presumably bottomed out from the low of $0.0015, which can be roughly converted to $13.1 (the price action in this pair is very similar to that of DCR/USD). 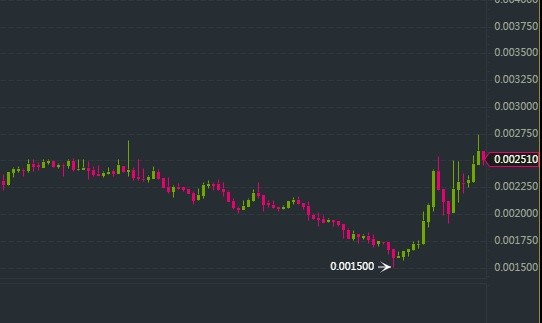 Judging from the fact that the RSI indicator hints at the continuation of the bullish phase, we can assume that the coin is going to test the strong resistance at $30 by the end of the year. The sum of other technical indicators also suggests that entering a long position could be a wise move at a given point of time. 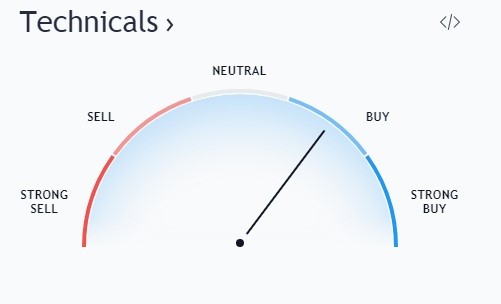 One shouldn’t expect DCR to make triple-digit gains in the next few months since its 2019 ROI stands only at 24%. However, if you haven’t missed out on the latest dip, then you can count on a modest profit in the coming weeks and months.