It seems that almost every coin that has its ecosystem built on the Ethereum blockchain is pumping right now like there is no tomorrow. Decentraland (MANA), the Ethereum-based network for virtual reality that affords users an opportunity to monetize their digital content, has been making enormous gains lately, especially against USD, where the altcoin experienced a 141.4% appreciation in just four weeks. MANA has also been very convincing in the Bitcoin market, having outpaced the first cryptocurrency by 93% over the same period. It even did well in the pairing with Ethereum that is spearheading the ongoing altseason, although we prefer to call it the DeFi season for obvious reasons, by gaining 96,7% in the last seven days.

Bursting to the upside and into the super-charged resistance

The analysis of MANA’s historical charts tells us that the price is now making a second attempt at establishing a secondary uptrend, after the first one was canceled out by the spring market crisis, invoked by the outbreak of the coronavirus pandemic. 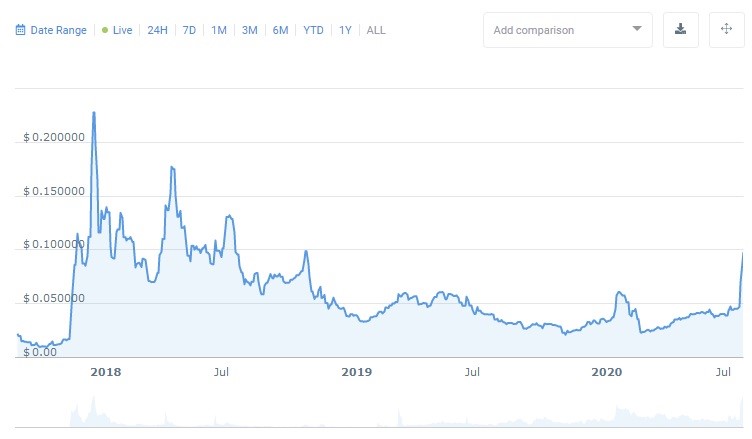 Luckily for those who took the position in this market at the peak of the previous bullish rally that occurred in the first six weeks of the year and peaked at $0.06, MANA has already passed that level quite confidently, which once again proves that exercising patience in the crypto market usually pays off, even if the initial trade seems disastrous. In any case, Decentraland is currently priced at $0.096, having gained 7.8% in the last 24 hours. Notice how easily MANA had glided through that important price level, which also served as support during the downtrend. It means that the buyers are dominating this market, so more bullish action is to be expected if the overall bullishness persists.

Straight away, we would like to point out the ultra-important macro resistance level at $0.11 that had drawn the price like a magnet from December 2017 until November 2018, in the midst of the violent bear market. Like with every strong resistance, $0.11 could become either a starting point for a trip to (and above) the all-time high at $0.29 or a reversal spot from which MANA would be pressurized down to the support area near $0.06. Therefore, having a stop-loss now is of the essence if you want to avoid having to wait again for weeks or months before Decentraland gets back on its feet.

The situation on the daily chart demonstrates that MANA has already been moderately rejected upon hitting $0.11 and even going as high as $0.13 with the upper wick. The volume analysis dictates that the bullish strive already went to the point of exhaustion as the volume is decreasing, although not abruptly, which hints that the hiccup in gains could be temporary. 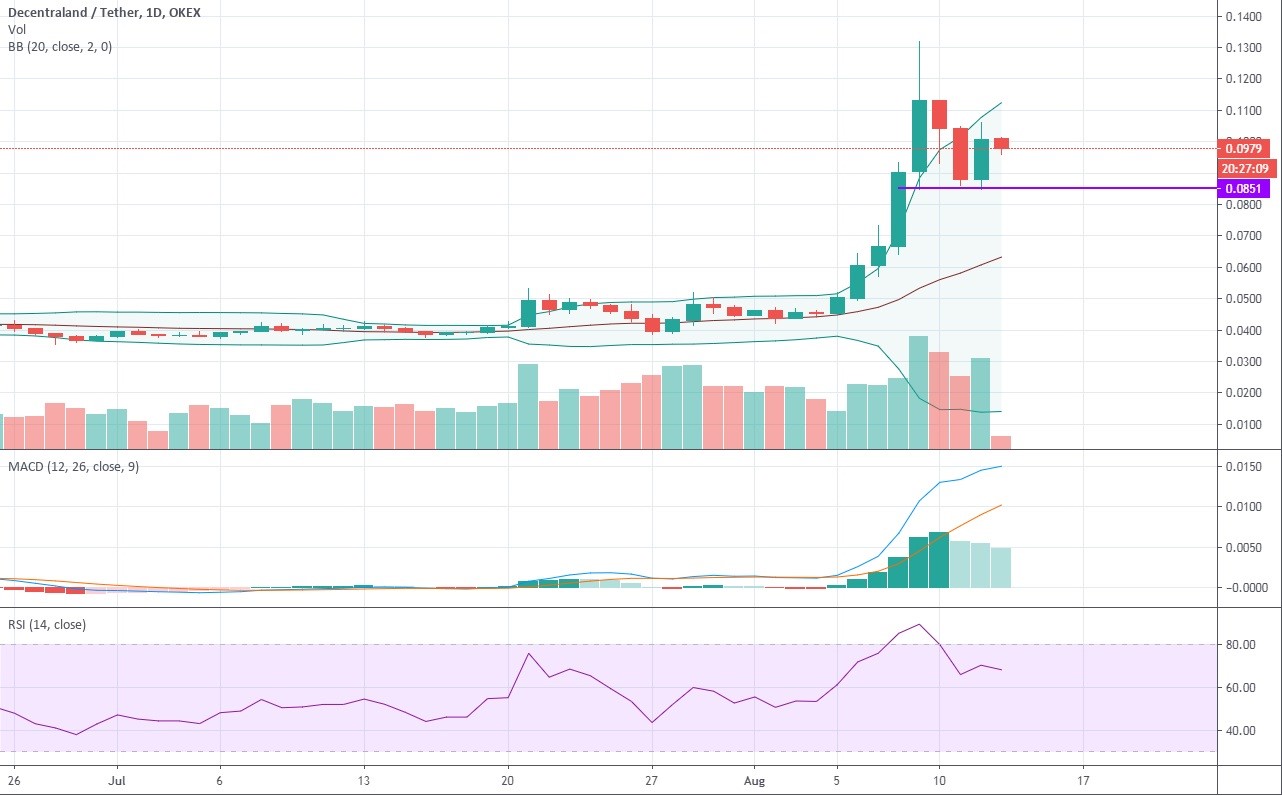 Following the period of unusually active price action, Decentraland is finally retracing in a seemingly healthy tempo. We predict that MANA will resume the bullish rally if the price bounces off the interim support at $0.085, or will retrace to $0.06 (the middle line of Bollinger Bands) and begin ranging while the buyers are mustering the strength.