Just a few weeks ago, DASH was regarded as one of the strongest gainers on the cryptocurrency market: in a span of some two weeks, the 19th cryptocurrency leapfrogged from $39 to $150.7, which constituted a mind-blowing 265% price increase. But that was literally the end of a tale of fantastic gains, after which came the tumultuous times of correction, which didn’t begin unexpectedly for Dash since the coin had been trading sideways for the whole month.

The picture of currency’s accomplishments has also changed radically, from being in the triple-digit area of gains to the negative showings that DASH currently has: -34% against US Dollar and -23.4% compared to Bitcoin in a matter of four weeks.

Giving in to the bears

This is certainly not what traders who bought Dash in the midst of the bull rally expected as the coin had been showing signs of recovery after the strong initial retracement from $150.7 to $93.5. The expectations of the continuing uptrend lasted until February 15, the day when the price dived below the 50-period moving average and MACD crossed the zero to the downside. 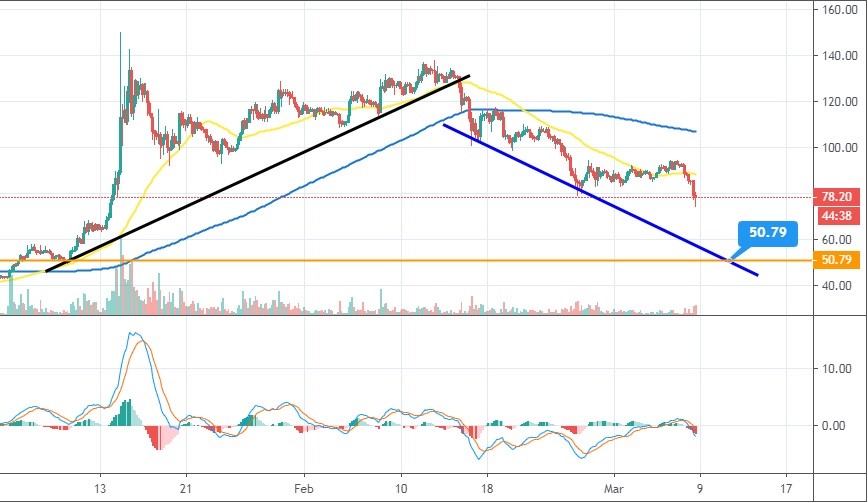 The move should have served as the first warning signal of the looming danger coming from the bears. The first crashing wave had dragged Dash down from $130.5 to $114.8, got briefly rejected at the 200MA only to fall below it during the next advancement of the sellers. That should have been the spot where traders cut their losses and then reverted to shorting - those who failed to do so were forced to watch the market going further against them.

Right now, the market is getting more bearish by the hour as the price keeps on making lower lows, having got depreciated by 11% on the day of writing. If the bears persist to push the price down so vehemently, the next lower low might occur at $50.79, which coincides with the resistance level from mid-January.

So far, there were no prerequisites for the downtrend reversal as MACD is once again beginning to move below zero, with both lines drifting further away from each other, confirming the strength of the occurring move. 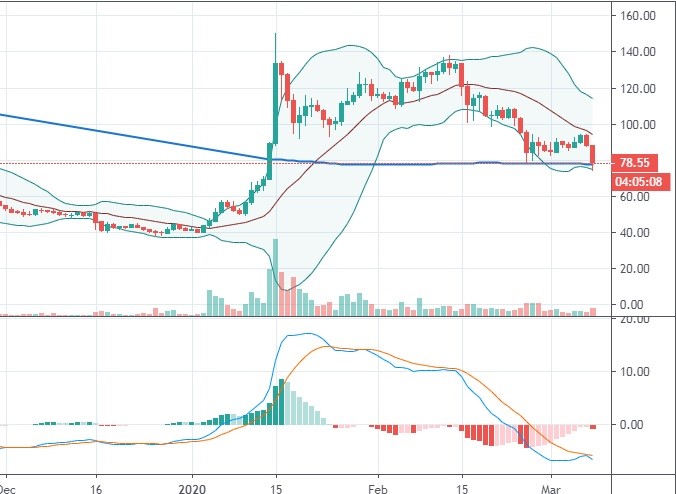 The situation on the daily time frame also appears to be quite tricky as Dash is bouncing up and down the 200MA, showing that the bulls are refusing to give in. There has been an attempt at the crossover on MACD, but it didn’t play out, which still leaves the possibility for it to go from the current -7.21 to the lowest level of the last two years at -13.44, at which point the price could reach the support, and the lower low, mentioned above. Moreover, Bollinger Bands appear to be forming a squeeze that signifies the beginning of the volatility period that will undoubtedly have a bearish thrust. 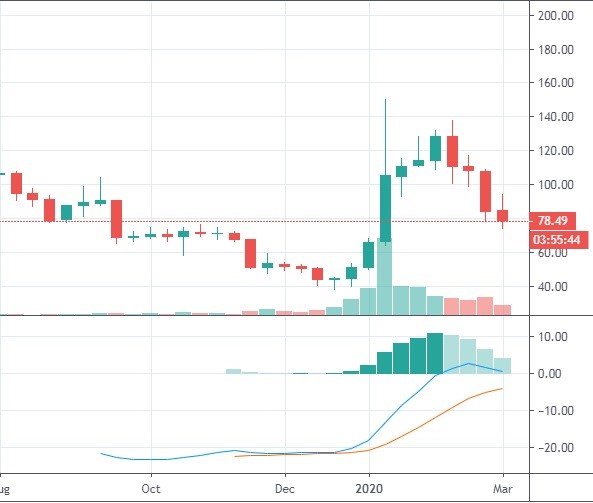 But after switching to the weekly time frame, we can see that DASH still retains some chances to turn the tables and reverse to being bullish if it manages to form a lower high at the present level, which is exactly the 50% retracement from the upswing of the beginning of 2020. Although the probability of that is quite low, whereas most technical indicators are now pointing at a sell.