Dash (DASH) couldn’t avoid the involvement in a mini-crisis that impacted the entire cryptocurrency market in the first week of September. But even prior to that crash, DASH has been retracing for three weeks in a row, losing a total of 40% in the period from August 3 until the first days of September. 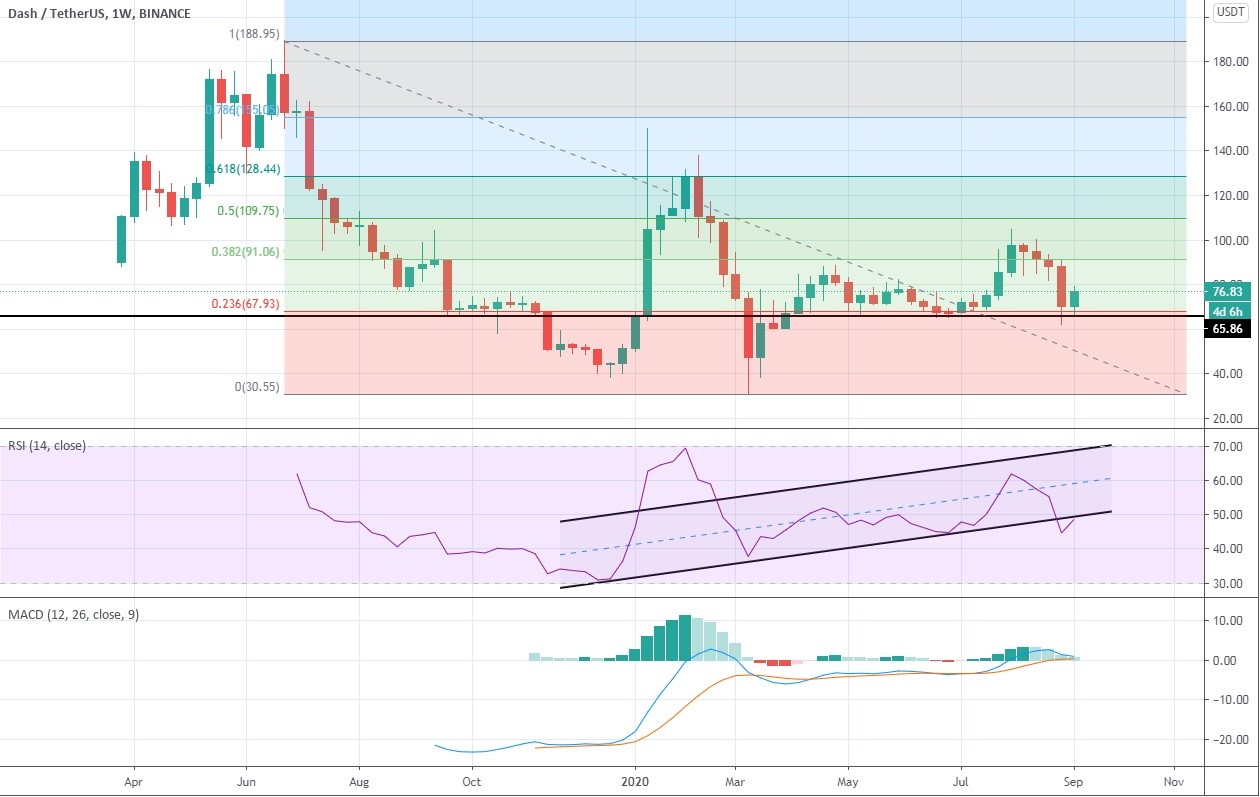 It has proven to be the biggest pullback since February, which eventually led to the market meltdown in the middle of March, which put DASH traders in a tricky situation. There is obviously a great concern that the altcoin could go into an even deeper correction that would ultimately lead to the price levels near $40, seen during the coronavirus crash.

On the other hand, the weekly chart above clearly shows that DASH is holding tight to the current support level at $65 that served well during the last six months. This occurring support area also converges with the 23.6% Fibonacci retracement level, thus providing some extra fortitude to the bulls who seem to have mustered enough strength to start pushing Dash to the upside, recording a solid 5% gain in the last 24 hours, although it must be noted that 87% of all tradable cryptocurrencies have been in the green during the same period.

The sudden dump also forced the 14-period RSI to break the ascending channel to the downside, which could have triggered more selling that pushed the price to $62, its lowest showings from last week. Nevertheless, it is evident that the bulls are prepared to go above and beyond to keep the price atop $65 - 23.6% on Fibo - as their effort is making the RSI crawl back inside the channel. Before the recent flash sale, MACD had the most bullish showings in months of price action, although now, it’s being actively persuaded to go into a bearish crossover. However, given how the buyers are withstanding the bearish pressure, the MACD line could bounce off the signal one and continue its way northward in the bullish zone, thus enhancing the corresponding momentum.

DASH is at the crossroads on the weekly, and the bullish push can’t be considered as a reversal, so taking a trade now would carry additional risks, unless you will try and hedge your position. Nevertheless, Dash looks healthier than some higher-ranked altcoins, so the probability of a revisit to 38.2% on Fibonacci or $91 by the end of September remains relatively high, on the condition that the rest of the market won’t take another nosedive. Otherwise, traders could see DASH sliding to $43 - $45. 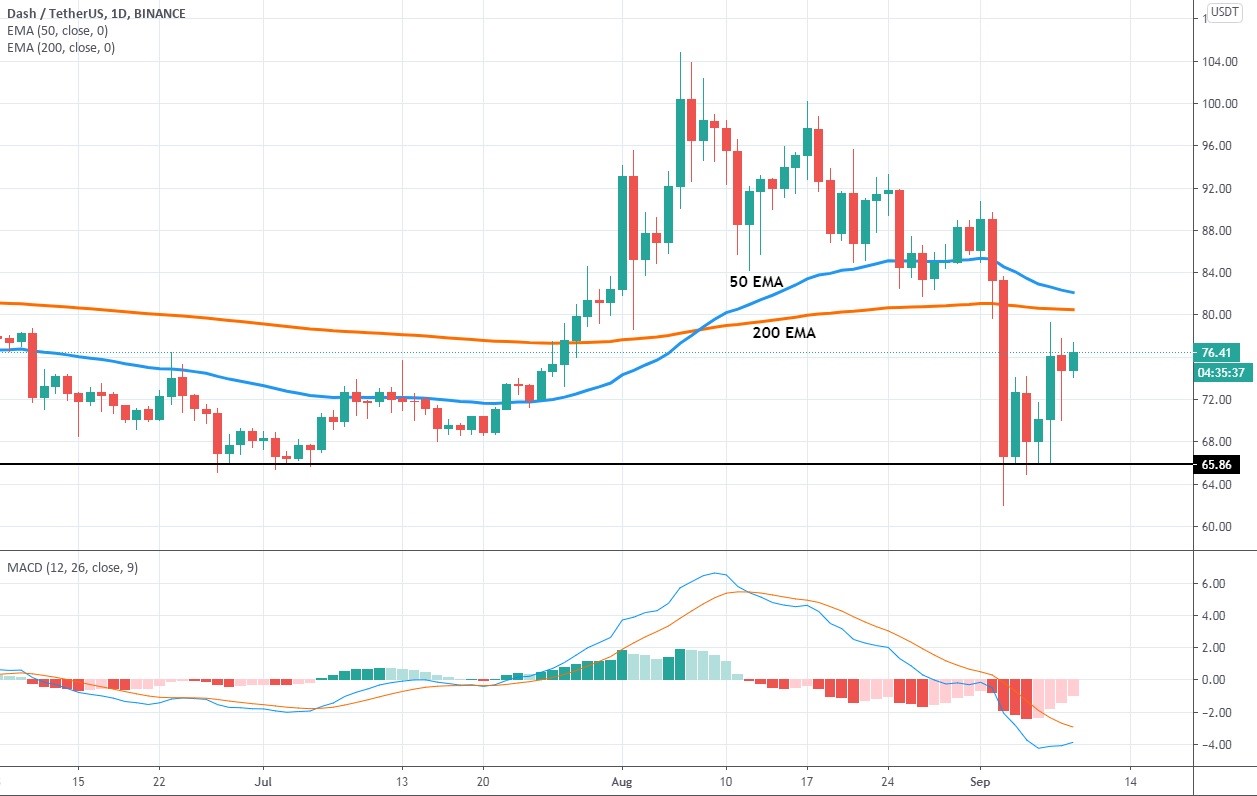 The efforts that the buyers are currently making become more evident on the daily chart, where the price began making its way to the upside, going from the support at $65 to the present price level at $76 in a slightly distorted yet obvious upswing that, nevertheless, might get rejected near $80 that coincides with the 200-period EMA. This move is likely to bring MACD, which has already begun to curl, closer to the signal line for a possible bullish crossover, though it’s likely that the main line would be rejected along with the price once it tests the moving average near $80.